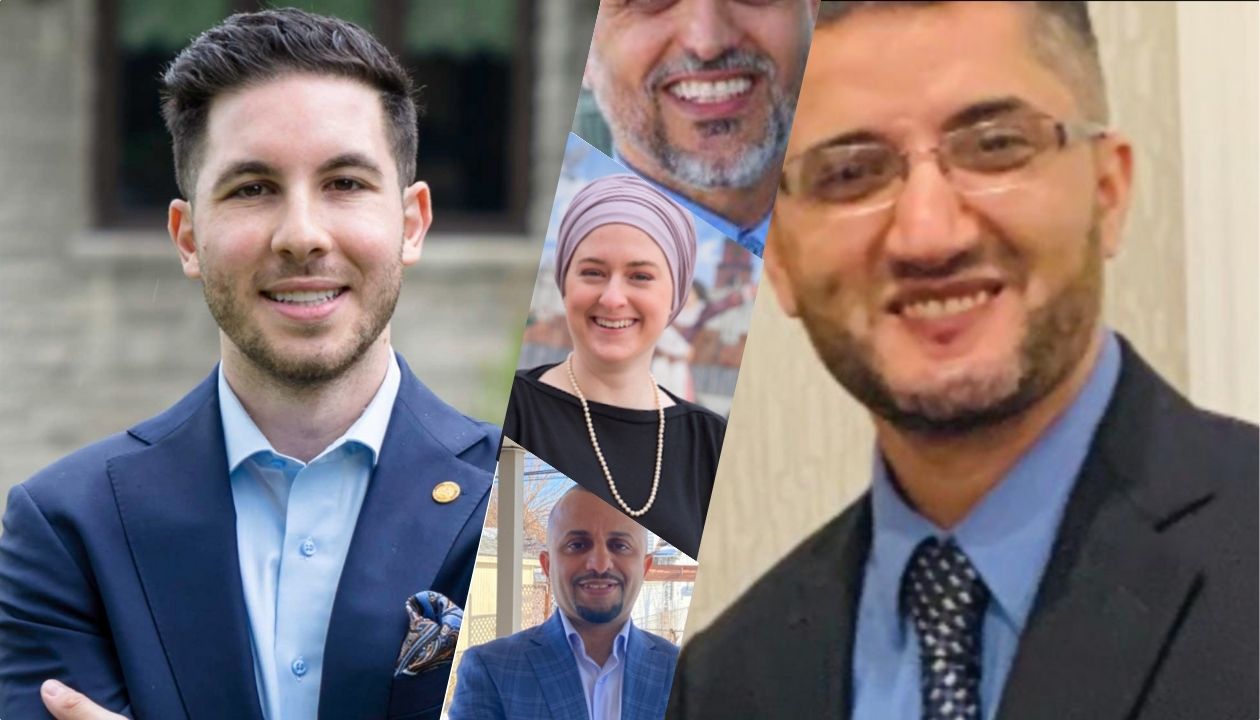 Dearborn, Mich. – Leading up to Michigan’s Primary Election on Aug. 3, the Yemeni-American Michigan Democratic Caucus has made a list of 12 endorsements for both the Dearborn and Hamtramck races.

All endorsements are within the mayoral and City Council races in Dearborn and Hamtramck, setting the stage for who the organization sees as promising candidates in all four races. According to Chair of the Caucus, these are the candidates who have the most impactful plan.

“We were looking for candidates with a plan,” said Abdulhakem Alsadah.

The process involved a series of questionnaires and interviews. Each candidate in all four races was contacted, with most being interviewed. As a group, the Caucus voted on their endorsements, ultimately reaching a consensus on who would earn the support of the Caucus.

“It was a group decision, so everybody had a chance to voice their opinions on what they felt each person showcased for the endorsements,” said YAMDC Member Sharifa Galab. “It was a group effort… It’s a various amount of wisdom from different people.”

The process of endorsing candidates is an important one for unifying the Yemeni American Community, explains Adeeb Mozip, who chaired the committee to endorse candidates for these four races. As a marginalized community, these unified efforts encourage a transparent process for amplifying the political voice of Yemeni Americans.

“The Yemeni American community has been marginalized over the years,” said Mozip. “And it doesn’t have a political voice in the process… In the past, we started this process to unify the Yemeni American voice in one process within the Democratic Party.”

As much as these endorsements can have a role in the outcome of the elections, the Caucus encourages people to do their own work to understand the candidates and issues that will be brought to their communities.

“I want everybody to do their due diligence and see who they would feel is best to put in a position that they will be offered,” Galab said. “And hopefully, whatever individual that person chooses, those people will have the ability to make the right decisions that are for the betterment of the community.”

The Yemeni-American Michigan Democratic Caucus has released the following endorsements for the August, 2021 primary: 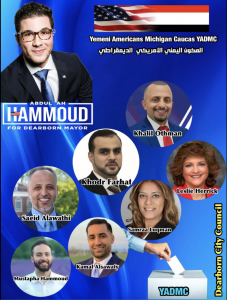 The Yemeni-American Michigan Democratic Caucus released a press release on Wednesday, showcasing their picks f0r the Hamtramck and Dearborn Elections this year. (Courtesy of the YAMDC) 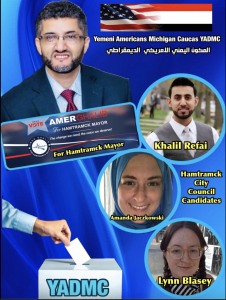 The Yemeni-American Michigan Democratic Caucus released a press release on Wednesday, showcasing their picks f0r the Hamtramck and Dearborn Elections this year. (Courtesy of the YAMDC)

The Aug. 3 Primary will be ask people to vote on the best candidates for both the Mayoral and City Council races in their city. From there, the most promising candidates will move ahead to the General Election on Nov. 2.