What’s on My Ballot? – Hamtramck 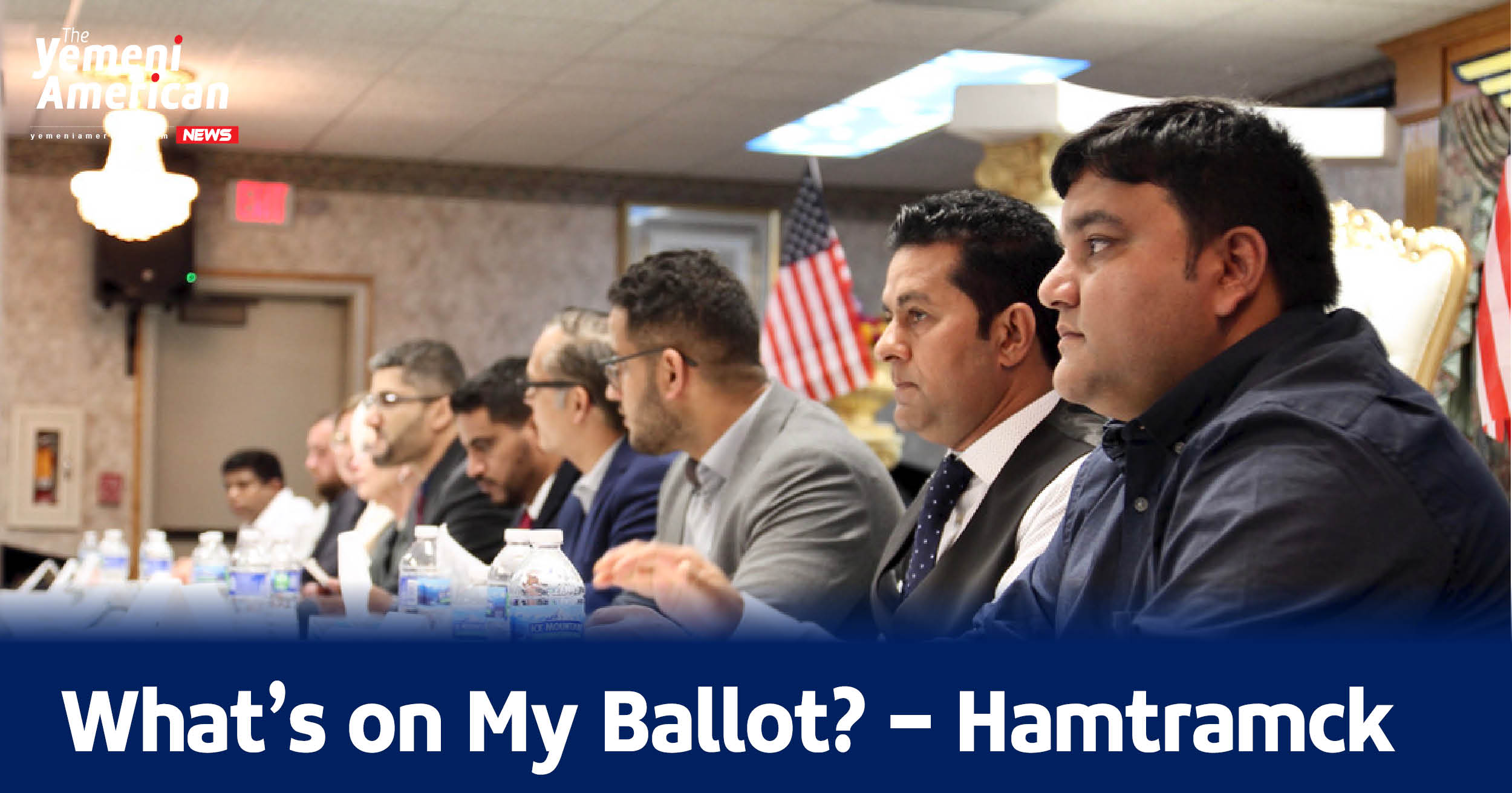 HAMTRAMCK, Mich. – The November Consolidated Election is about to redefine the City of Hamtramck with what could be a new Mayor for the city and half its City Council seats up for election.

On Tuesday, Nov. 2, voters will decide on the city’s new leaders, along with two proposals that would change how representatives are elected. These choices have the capacity to bring new voices into city government – although many on the ballot are already active voices within the community.

The Race for Hamtramck’s Next Mayor

In Hamtramck’s mayoral race, two politicians have been selected from the August primary election. Amer Ghalib and Incumbent Mayor Karen Majewski are running a tight campaign for to be the leader for close to 30,000 residents.

Amer Ghalib, who received 1,417 votes to lead the primary election, is the candidate who can possibly unseat Mayor Karen Majewski. Ghalib’s platform has been focused on infrastructure after the historic flooding event over this summer.

With the budget difficulties of the city, he’s taking the challenging stance of lowering property taxes while building sustainable revenue sources. As community safety workers are at risk of being underfunded, Ghalib is also looking to continue investing in this and other city services.

Mayor Karen Majewski, who received 1,053 votes during the primary, is looking to continue leading the city into her fifth term. Being Mayor of Hamtramck for the past 15 years, Majewski has been a figurehead for the city’s complex challenges that included national attention during secular debates.

Majewski, who’s Polish-American and holds a Ph.D., has been a critic of Ghalib’s campaign, calling many of his priorities and goals unrealistic. 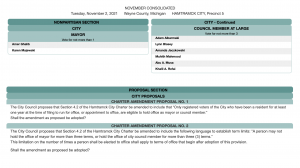 For City Council, six candidates have driven their campaigns past the primary to get their name on the Nov. 2 ballot. Adam Albarmaki, Lynn Blasey, Amanda Jaczkowski, Muhith Mahmood, Abu A. Musa and Khalil A. Refai are campaigning for the three available city council seats in a race that has been crowded with candidates.

Adam Albarmaki received 1,067 votes in the primary, finishing in fourth place. As a graduating student of Wayne State University, he’s spent his life in Hamtramck and has been a voice at Hamtramck City Council Meetings already.

Lynn Blasey finished sixth in the primary with 894 votes. Currently, Blasey is employed with the College for Creative Studies as a program director for the Midtown College.

Amanda Jaczkowski has been an active member of the Hamtramck community. Having just graduated with a Master’s Degree in Public Administration, Jaczkowski is poised to be a popular candidate. She finished second in the primary with 1,483 votes.

Muhith Mahmood is a community member in Hamtramck who’s active work in his campaign has made him more recognizable as of late. His third place finish in the primary puts him in a comfortable place for the Nov. 2 election, with 1,121 votes.

Abu A. Musa has been a quiet candidate for much of the campaigns. Although participating in debates and campaign signage, not much as been seen. He’s running for City Council again after previously serving. His fifth place finish puts his campaign in a tight spot, having received just 964 votes.

Khalil Refai has shown himself to be one of the most exciting candidates in this election. With his first-place finish, Refai earned 1,685 votes – over 200 more votes than the next candidate. An active voice during the Hamtramck Marijuana debate, his fundraising record shows a major leg up on other candidates, garnering close to $8,000 in political contributions.

Two proposals, both dealing with election restrictions, will be on the ballot for the November Consolidated Election. The first seeks to address residency requirements. Voters will be asked if they would like to restrict the residency requirement of eligible candidates to being registered voters who have been a resident for one year before filing to run for elected office.

If voters strike this proposed charter amendment down, there will remain no outlined residency requirement for candidates, outside of being registered voters in the city.

The second proposed amendment seeks to enact term limits for elected officials at a maximum of three terms for any public office. This amendment would not retroactively affect current elected officials, but rather would start each official at their first term at the time of passage.

Voting will begin at 7a.m. on Nov. 2 and continue until 8p.m. when polls close. Voters will also be able to give an absentee ballot directly to the city clerk up until 8p.m. on election day. For more information, visit the Michigan Secretary of State’s voter information center here.