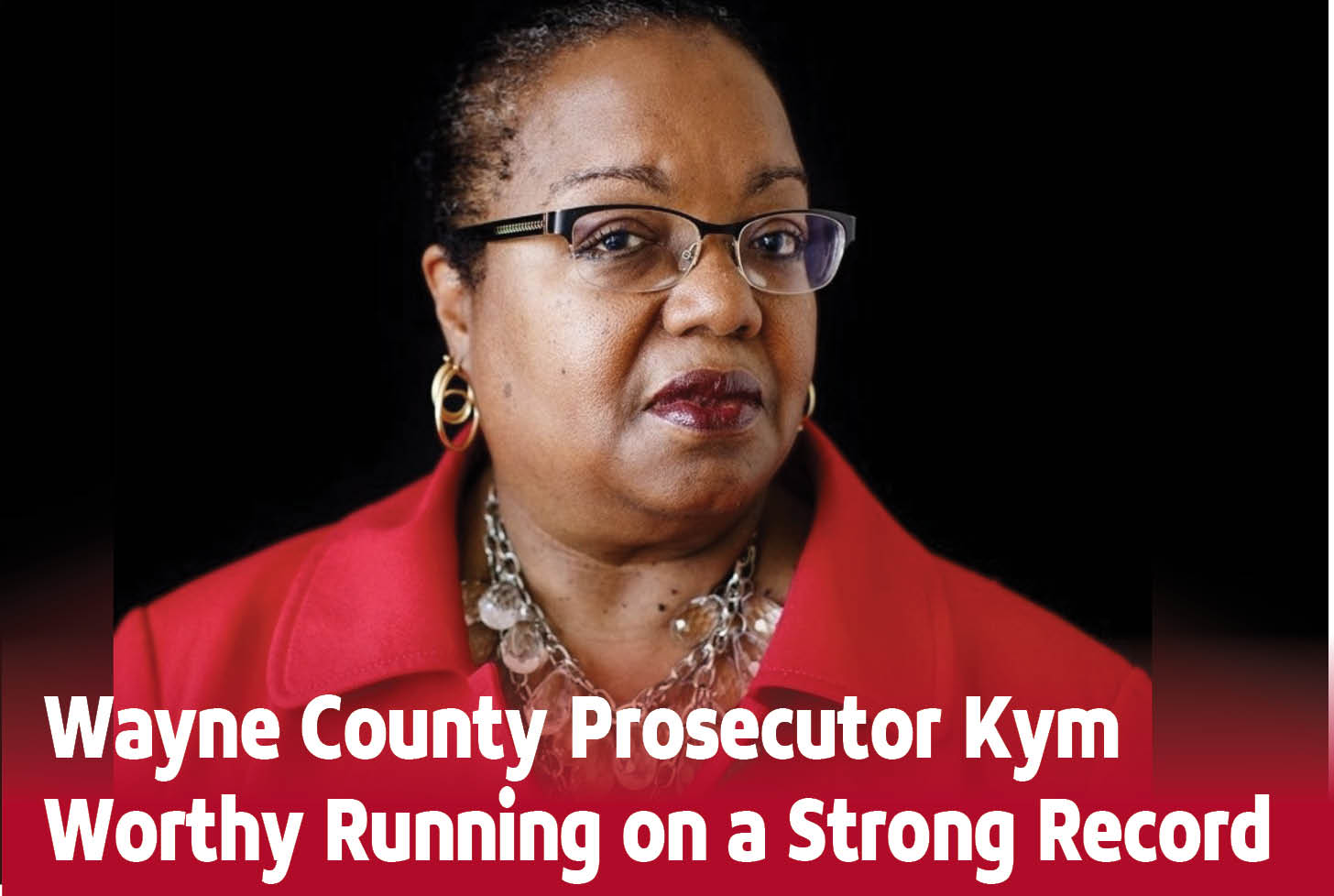 Detroit, Mich. – Back in ‘92, a young African American man was driving to a house that Detroit Police had flagged for drug activity. Police in an unmarked vehicle and plainclothes stopped the young man and asked for his driver’s license. When the young man picked something up from the floor of the car, DPD told him to let go of the object, which was too small to be a gun, before hitting the young man as many as 14 times in the head with a police-issued flashlight. The young man died due to blunt force trauma.

A little over a year after the brutal beating of Rodney King, Malice Green was beaten to death by Detroit Police Officers Larry Nevers and Walter Budzyn. The following trials, appeals and convictions are seen as one the first credible challenges to Qualified Immunity in the United States.

Kym Worthy was a young Prosecuting Attorney working for then Wayne County Prosecutor John D. O’Hair. After O’Hair charged Nevers, Budzyn and one other officer with Second-Degree Murder, Worthy took the lead as Chief Prosecutor in the officers’ trial. At the time, Worthy had secured 94 convictions in her first 100 cases with the Wayne County Prosecutor’s Office.

Known for theatric courtroom arguments, Worthy was able to secure a conviction for both officers involved in the death of Malice Green. This was Worthy’s first notable case in the Wayne County Criminal Justice System.

“We set the stage for [holding police accountable] years ago,” Worthy said. “We did not have videotape. We did not have witnesses out of Central Casting. We worked very hard. We were able to get that conviction. And we’re very proud of that work. And I’ve been an advocate for police reform ever since.” 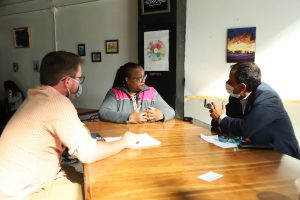 Wayne County Prosecutor Kym Worthy sat down with the Yemeni American News to talk about her work leading up to this year’s election (Photo by Abbas Shehab.)

Worthy has been County Prosecutor since Jan. 6, 2004. As Prosecutor, her office took the lead on some impressive initiatives like catching up on a backlog of 11,431 untested Rape Kits going all the way back to 1984 and establishing the Conviction Integrity Unit – an office dedicated to processing claims of innocence.

In the Yemeni American News’ Conversation with County Prosecutor Kym Worthy, had a lot of accomplishments from her leadership to draw from. Some of the most convincing statistics from the County Prosecutor’s Office is the look at their juvenile diversion programs like Teen Court and Right TRAC that Worthy claims has kept 6,000 youths out of the criminal justice system later in their life.

Wayne County Prosecutor is a position that is determined through an election every four years. The election coincides with the Presidential Vote, so while people are choosing their president, voters will also decide who leads the Wayne County Criminal Justice System.

Worthy is running against challenger Victoria Burton-Harris on a platform of progressive justice. Her stated proposals, like mental health diversion programs and encouraging criminal rehabilitation show a holistic approach to crime as a symptom of individuals’ challenges. 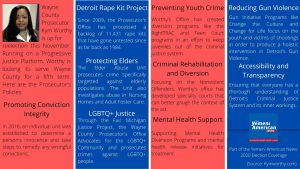 Looking forward, Prosecutor Worthy is looking to expand some of the programs that have been successful and look at their broader applicability. Something like Teen Court, which is a juvenile trial for small crimes, with a jury of other juveniles.

Worthy talked about this having a positive effect outside of the context of teens. So if someone tries to steal a car, the neighborhood will be able to sentence the individual, rather than a judge who’s outside of the immediate community.