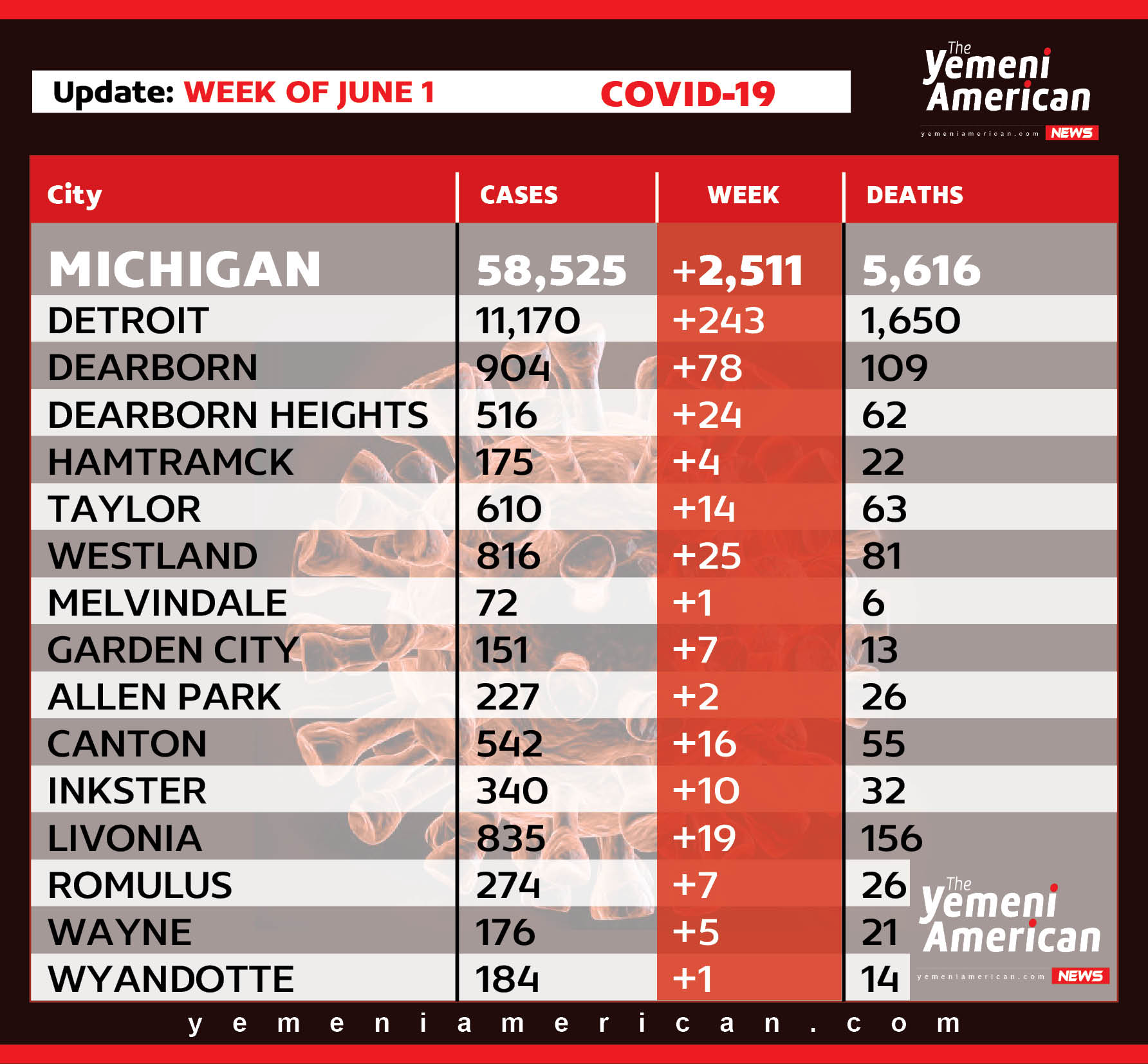 Protests have erupted across the country, sparked by the death of George Floyd while in Police Custody. The death is being ruled a murder in Minneapolis courts, but many believe that the collection of protests will have a bolstering effect on case counts across the United States. The Protests, so far, have mostly attracted young people who are more likely to spread the virus because their mild symptoms could be confused for a different illness.

Governor Gretchen Whitmer has decided to open the rest of the state in a series of steps that will eventually return Michigan’s economy to its pre-COVID efficiency. Business owners are encouraged to continue making preparations. On June 15, barbershops and salons will be able to reopen as well.