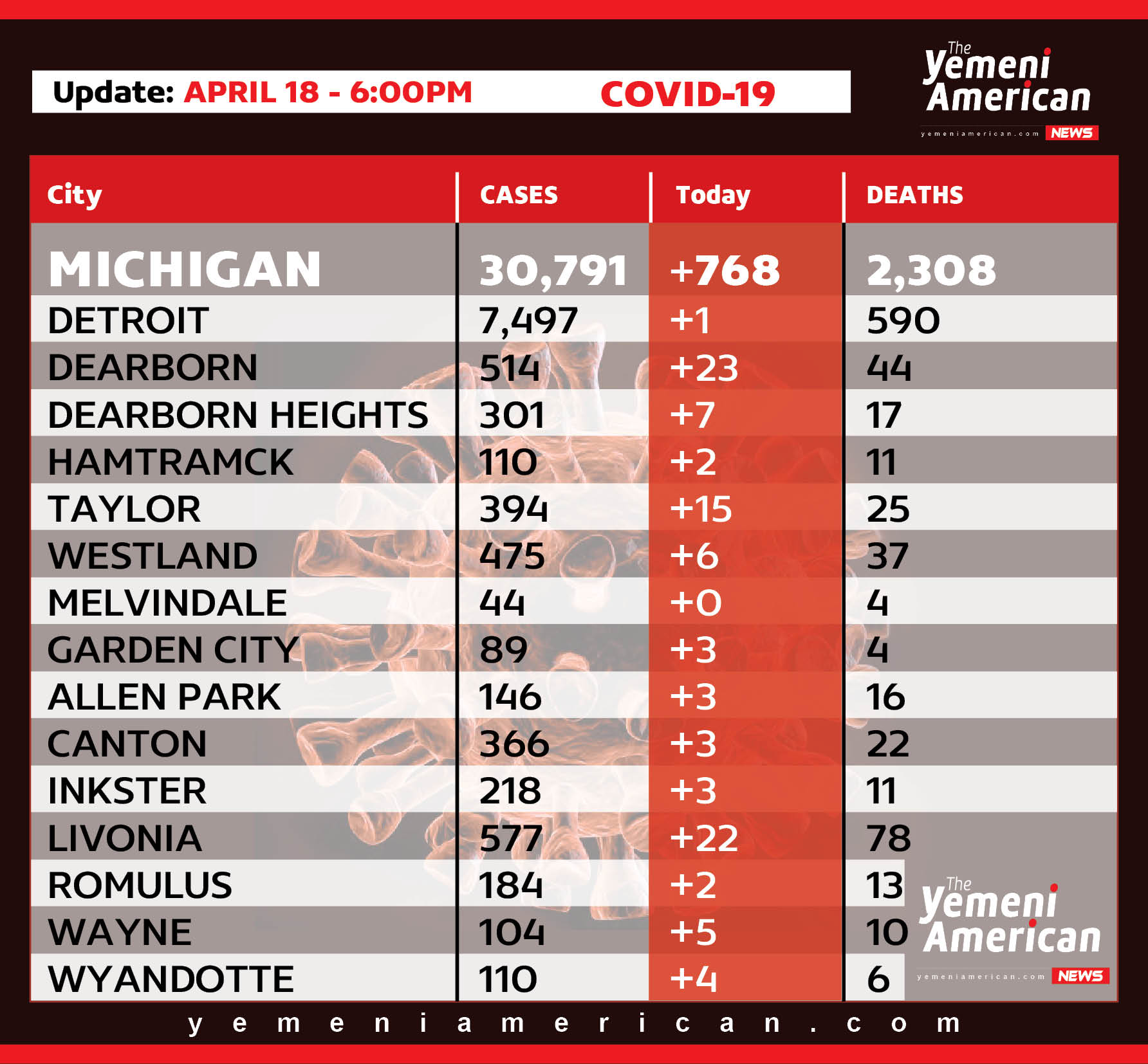 Prime Minister of Canada Justin Trudeau says that the US-Canada border will remain closed for another 30 days. Detroit is a major point for travelers to and from Canada because of its major border crossings, the Ambassador Bridge and the US-Canada Tunnel.

President Donald Trump tweeted yesterday “LIBERATE MICHIGAN” among other states that are led by Democratic Governors. The tweets drew heavy criticism as some people viewed the tweets as an incitement of his supporters to violence.

A Facebook Post allegedly created by the group Michigan Militia has been spreading. It calls for an armed protest in Lansing, Michigan’s Capital. The armed protest is said to be taking place Monday, Apr. 20. The protest is in response to Gov. Whitmer’s social distancing measures.

After 6:00pm, the city of Detroit updated their new confirmed cases count. For Apr. 18, 149 cases have been confirmed.