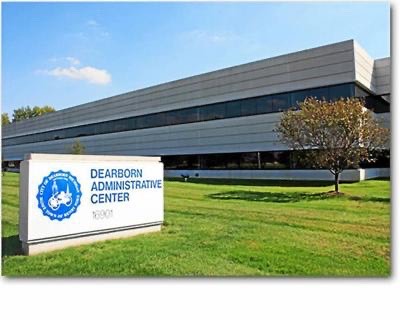 DEARBORN, Mich. – During normal times, an 18% reduction in calls for the fire department would be a good thing. These are anything but normal times, though. With stay in place orders forcing most of life in Dearborn to a halt, the city is changing the way it does business and bracing for financial headwinds.

“COVID has significantly impacted our operations,” said Fire Chief Joseph Murray. “The pandemic has impacted budgets city-wide. Many adjustments are being considered and will continue to be discussed. The council and the administration are currently working on [Fiscal Year] 2021’s budget and the impact of the COVID crisis has been discussed at many of those meetings.”

According to Dearborn’s director of public information, Mary Laundroche, 384 of the city’s part-time employees are on an “unpaid leave of absence,” which is a large portion of the city’s work force. However, certain city projects, like the Combined Sewer Overflow project, have continued at pace and without interruption.

With winter tax bills already out on March 2, and the next bill not being sent out until July 1, Laundroche said there’s no way of knowing whether the current crisis will impact city tax revenue, or how much. However, with many economists saying the United States is already in a recession, and with the national unemployment numbers soon to be some of the largest in our nation’s history, it’s weighing on the minds of local policymakers and community leaders.

Gary Woronchak, Dearborn’s former county commissioner and the previous chair of the county commission, was praised for helping guide Wayne County through the financial storm of the Great Recession without letting the county sink into default. He said that early, decisive action is key to keeping the city afloat.

“I know from getting through Wayne County’s fiscal crisis that there’s a point at which you either fall off a cliff or make some really hard decisions that hurt a lot of people in some way. The goal should be to try to avoid getting to that point, and being proactive now will help,” said Woronchak. “I assume the mayor and council are already looking at ways to tighten up, both for the current fiscal year and the new one that starts July 1. I would consider it a fiscal crisis now and plan accordingly, and if it turns out not quite as bad, they can loosen up later.”

Councilman Robert Abraham, often seen as a leader during council budget discussions due to his background as a Certified Public Accountant, said he didn’t think residents should worry yet.

“Although no one had the vision to predict the COVID-19 worldwide pandemic… we have adequate financial resources to provide every possible resource needed to protect the families and friends in Dearborn,” said Abraham.

Abraham said the city will continue to provide for public safety and protect residents, “This pandemic will require the full commitment of the c ity, the fire department, the police department, and everyone in our Community – Together we will beat the COVID-19 virus. The Council and the Mayor will take every possible measure to maintain city services and reduce costs to remain fiscally responsible during the crisis.”

The stay in place order has changed life for police officers, too. One Dearborn police officer, who asked not to be named out of professional concern, said that because of the need to distance from residents, traffic citations have ground to a halt and some scofflaws have caught on.

“People realize we aren’t making traffic stops and are taking advantage of it. [They’re] speeding like crazy, especially on main roads,” the officer said. “They will be sorry when we start again. Tickets will be insane.”

The city’s own numbers back the claim up. According to the Dearborn Police Department, car accidents and citations between March 1st and April 30th of this year are less than half of what they were.

Chief of Police Ronald Haddad said that although citations and crashes are down, that doesn’t mean the police department’s job has been easy.

“Our deployment had to be completely changed to better deal with emerging and always changing demands of the COVID-19 pandemic,” said Haddad. “Shopping areas are being managed to ensure safety and closed schools, places of worship, non-essential businesses and senior citizen housing are all being monitored.”

With new demands placed on local government and the virus impacting all parts of society, Gary Woronchak said that there’s still a great deal of uncertainty in how COVID-19 will impact local government.

“All we know for sure is that there is a lot we don’t know,” said Woronchak. “Someone likened this to being in the third inning of a nine-inning game. Lots left to go.”