US-Iran escalation reverberates around the world 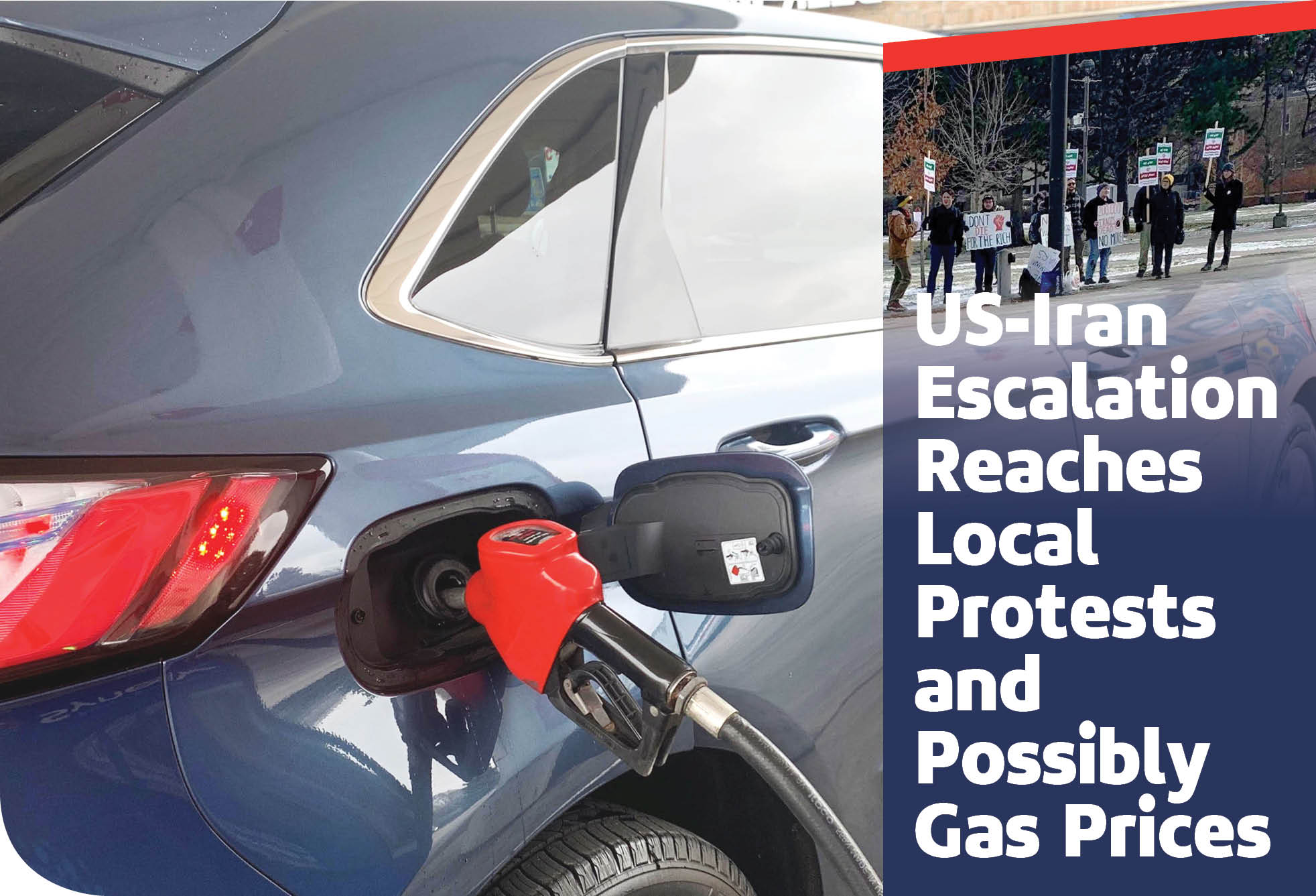 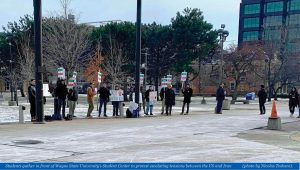 It’s not often that world history coalesces in the streets of Detroit. But as news of Soleimani’s Assassination, and Iran’s response, scattered through the headlines, people inside and out of Michigan’s Iranian American Community worried enough to organize. Around the world, people protested the United States’ involvement with Iranian affairs.
On Jan. 9, protesters met near the McNamura building in Downtown Detroit. They also met in Ann Arbor and Southgate. And that week, protesters met on Wayne State University’s campus in front of the Student Center.
Members of the DSA, or Democratic socialists of America, organized the protests in downtown Detroit and Wayne State University’s Campus. One spokesperson for the YDSA, or Youth Democratic Socialists of Wayne State University, said that they were “horrified” by the prospect of the United States going to war with Iran.
“We spent our whole lives seeing the repercussions of the Middle East Conflicts in different ways,” Nicolas Tedesco of the Wayne State University YDSA said. “Because most of us here, you know, are 21 years old or younger.”
Nicolas said the group organized the student protest because of the common rage that young people have about the involvement in the Middle East.
“You don’t do this alone,” Tedesco said. “You find people who are also enraged and disgusted, which is a lot more people than you would tend to think. The more you talk to all kinds of people, the more you find that palpable disgust at how the world is turning out.”
The reason for the protesters’ response, or as Tedesco put it, the “palpable disgust”, was a long episode of escalating tension between the United States and Iran in the Middle East. Late last year, the United States targeted five sites for airstrikes.
In response to the Air Strikes, Demonstrators gathered outside the US Embassy in Baghdad, Iraq. According to BBC reports, the protestors threw stones toward the embassy. Clashes resulted in United States security personnel deploying tear gas into the crowd of protesters.
US President Donald Trump threatened Iran after the protests in front of the US Embassy in Iraq, tweeting “…Iran will be held fully responsible for lives lost, or damage incurred, at any of our facilities…This is not a warning, it is a threat.”
No deaths or serious injuries were reported at the compound of the embassy. Still, the Trump Administration responded with the assassination of General Qassem Soleimani. As leader of the Iranian Quds Force, many reports show that he had immense popularity throughout his home country. Some publications called him a possible pick for president of Iran in the future.
In what Iran called a “slap” at US forces in the region, Iran retaliated against the killing of Soleimani by targeting US Military bases in Iraq with ballistic missile attacks early on Jan. 8. Members of the US military were able to evacuate the bases in time, so no casualties were reported.
Even though members of the Iraqi Parliament voted to expel US Troops out of the country, the future of the region is uncertain.
Oil and gas is one of the regions largest exports. Across the Persian Gulf, Saudi Arabia – the second biggest oil producer in the world – is in a temperamental position. Its largest oil field is Ghawar in the northeast region of the country.
According to some financial sources, the oil market has been marginally affected by the instability in the region. But some believe that Iran could retaliate by attacking Oil infrastructure in Saudi Arabia.
According to gasbuddy.com’s 2020 forecast, gas prices should be around $2.60 on average for the United States. An attack on oil infrastructure could translates to an increase of about $0.40, according to gasbuddy’s chief analyst. That would make the price just above $3 a gallon for the year.
The idea that Iran could attack oil infrastructure isn’t new. During the 2019 Gulf of Oman incident, the US government blamed Iran for an attack on two oil tankers travelling through the region.
Many analysts say that this was the initial event that heightened tensions between the two countries that ultimately led to the death of Soleimani. US sent 1,000 troops to the region as a response to the attacks on oil tankers.