The Principal Trying to Level the Playing Field in Dearborn’s Southend. 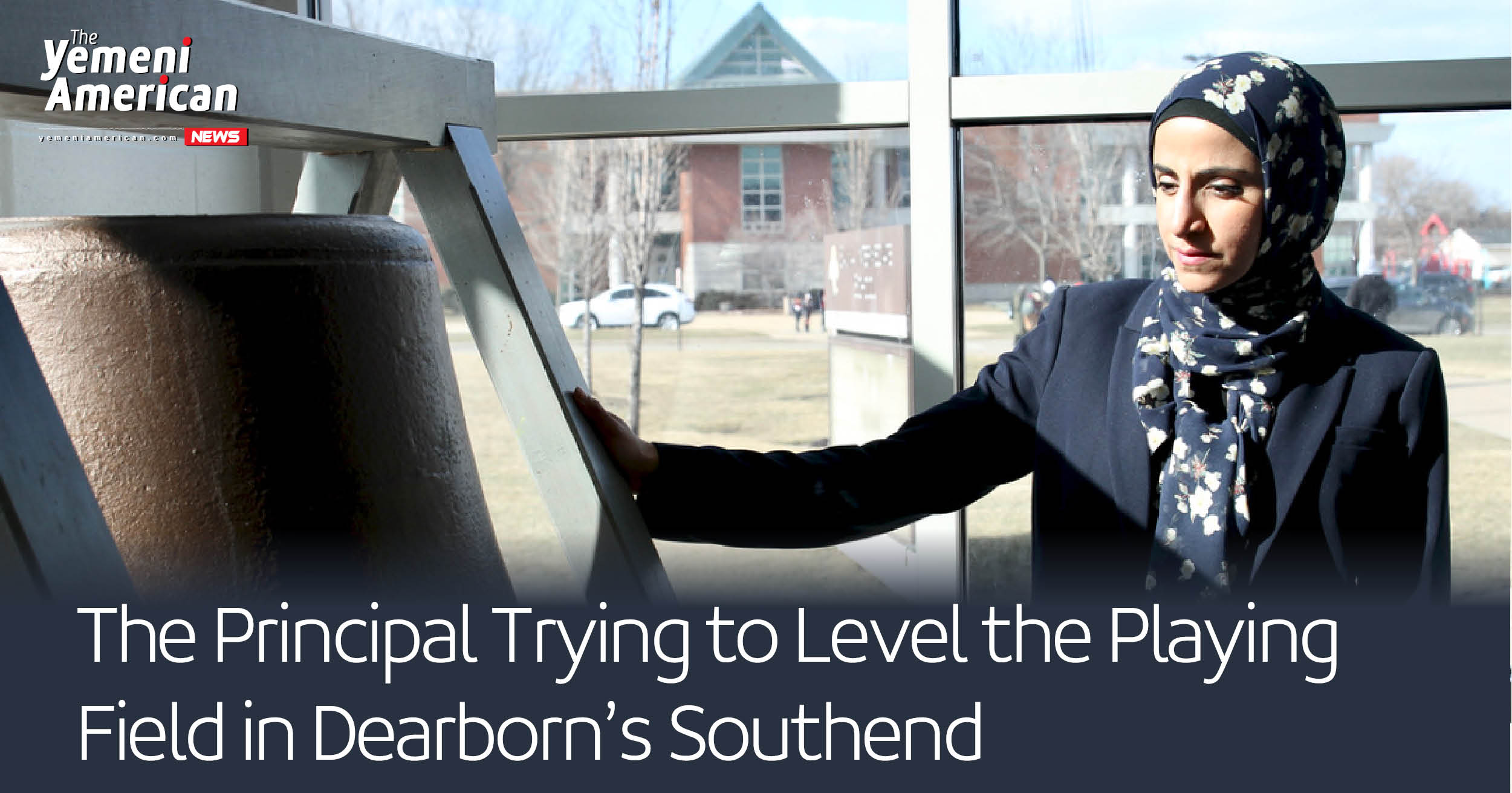 Dearborn, Mich. – Nestled within a landscape of heavy industry and oil refineries is a quiet educational community that holds an essential role in its broader neighborhood. This is Salina schools, where students are lead by passionate teachers, parents can learn and grow with their children and all are taught to value their environment and community.

Within Salina Intermediate School – just across the way from Salina Elementary – Principal Eman Ahmed, Ed.S. has worked her way up from being a student at the educational community years ago. Now, Ahmed’s focus is on helping students grow and learn through a holistic, all-encompassing approach.

That approach is student-centered – but it also means that the whole family can be raised. During the school day, Principal Ahmed walked into an adult education classroom with middle-aged women sitting scattered in larger desks. At the front of the class, a civics teacher is telling the women about the citizenship process. One of the women recites the pledge of allegiance.

“When you’re educating illiterate grandmothers and mothers, automatically our students will have that support at home with education and how the education system works,” Ahmed said. “And they’ll be able to support the students at home and just encourage them to do well.” 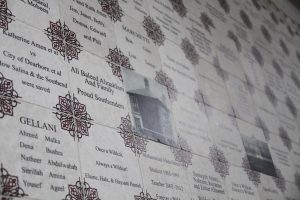 A Mosaic of tiles shows parts of the school’s history

The community surrounding Salina is predominately high-need, Ahmed says. While that’s what drew her to work in that school, it also means there’s challenges. Families oftentimes need a community-oriented support system that can help them navigate society and the economy. Ahmed has tried to make sure that Salina Schools can be a destination for the community’s unique needs.

“School is not just about getting academic support,” Ahmed said. “The school is here to provide services, whether it’s making sure the parents know, or can navigate through things they’re struggling with… If they need help, we want to be able to connect them with the proper resources.”

This has led Ahmed to working and developing local organizations to ensure that members of the community can get the support they need while they’re struggling.

“I’m the executive director of the United Humanitarian Foundation (UHF),” Ahmed said. “And I specifically try to work with this community because of the high need… I worked hard with other organizations just making sure that important services come to the community.”

Those services, including COVID-19 testing, food assistance, book drives and backpack giveaways, they all are products of the work that Ahmed and her staff do in making the partnerships with other organizations.

“I’m just trying to get a level playing field with everyone else in the surrounding areas,” Ahmed said.

But there are some challenges that are simply bigger than the school and the community itself. In many of the classrooms, the students can look out the window and see smokestacks from factories. Plumes of steam scatter into the blue sky affecting what has been reported to be one of the highest community asthma rates in Michigan.

Heavy industry is at the center of the Salina School’s history. With auto workers coming from different parts of the world, factories and industry grew around the concentrated immigrant enclave of Dearborn’s Southend. “So it’s the school that came after the factories developed,” Ahmed said.

“You had the working class, the laborers who came from overseas and they came here [in Southend], lived here and provided for their families… I think the big factor was the Ford Rouge Factory. So it’s a growing community that continues to grow.”

Being surrounded on all sides by heavy industry, factories and steel plants means that the community has to keep a lookout for itself. So Ahmed and other leaders in the community have been vehement advocates for reporting any illegal emissions.

“Growing up, [emissions] was just something that we were used to,” Ahmed said. “We didn’t know who to complain to except each other… But today, I make every effort to give parents resources like a number to call if they see something, if they smell something – they have to say something.”

“At the end of the day, we don’t want the factories to go anywhere. But we want to be able to hold them accountable to lower their emissions and be good community neighbors.” 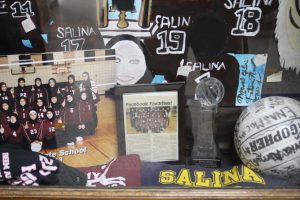 A trophy case is dedicated to the 2013 volleyball team

Principal Ahmed has vast of experience as an educator, activist and a member of the community. Years ago, when she was still a rank-and-file staff member with the school, Ahmed coached a team of volleyball players. She explained that early on, the team just didn’t see themselves as serious contenders for the city championship.

“They used to slide into the net, even when they lost,” Ahmed said. “It was a joke to them.”

Over the next three years, Ahmed says they really listened and worked to improve, with the team eventually earning its undefeated city championship in 2013.

It almost seems as though Principal Ahmed runs her school this way. Encouraging, pushing and making sure that everyone involved with the school is doing the best for the students. Whether that means advocating for the community, volunteering projects outside the school, or making sure everyone is involved, it’s all for a better future for the kids.