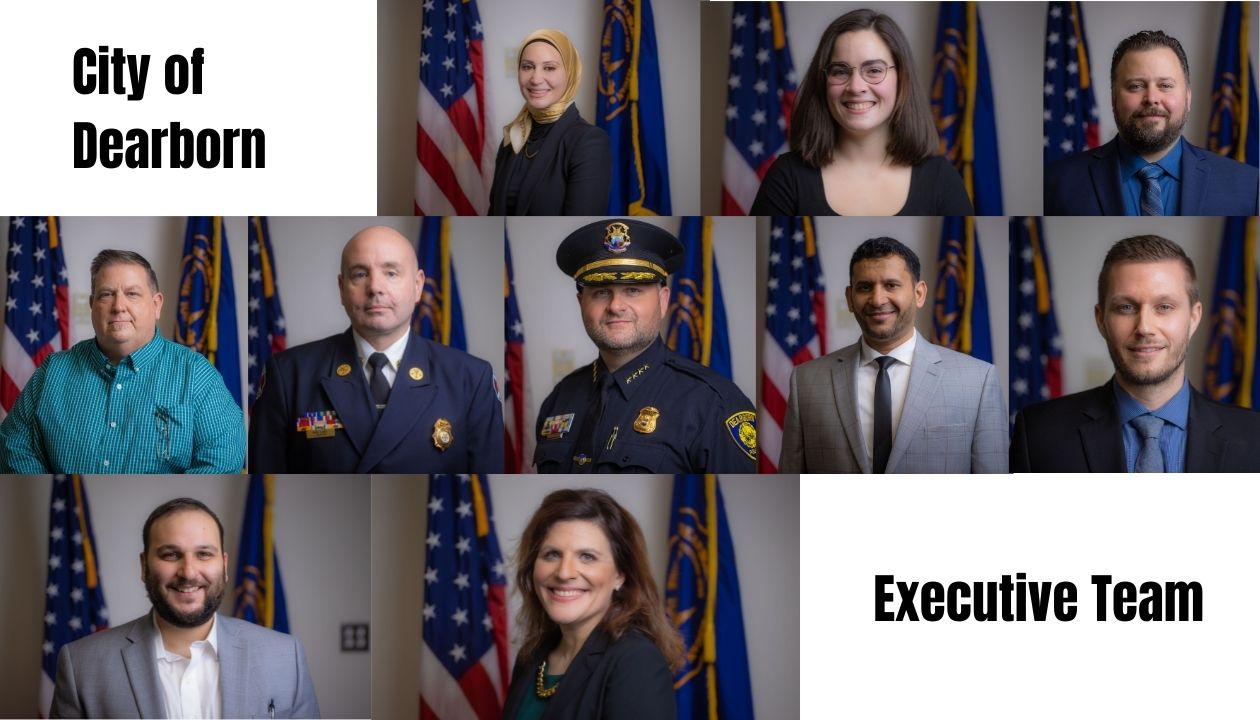 Dearborn, Mich. – As part of Mayor Abdullah Hammoud’s transition, the mayor-elect has announced his executive team for his time in leading the City of Dearborn.

The team pulls from a variety of new and old civil servants from different backgrounds of expertise. Hammoud has said that this diverse group of public officials will offer the city a wide range of perspectives.

“Diversity is about recognizing that there is expertise in every corner of our city and gaining insights we otherwise might not have,” Hammoud said. “By bringing in this historically diverse team, we draw on our collective talents to solve our collective problems.”

The wide range of expertise is drawn from Michigan natives and experienced professionals. The names were announced last week, with members of the executive team coming from high-profile positions in their past work.

“In preparing for our administration, my top priority was to bring in the most competent, qualified and dedicated leaders to serve our city with integrity,” Hammoud said. “With these hires, I’m confident we’ve done that.”

The City of Dearborn Executive Team:

Zaineb Hussein – Chief of Staff: Previously a deputy director of external affairs for Wayne County, and an appointee for Michigan’s statewide Complete Count Committee by Governor Gretchen Whitmer. She began her career in public service in the Michigan Department of Human Services.

“Bright McClanahan, who brings over 18 years of public sector finance and operations, will be responsible for modernizing and enhancing city operations, cutting our inefficiencies and implementing data-driven strategies to track and improve performance.”

Bilal Baydoun – Director of Communications: In Baydoun’s previous experience, he has worked as an advisor to former President Bill Clinton with the Clinton Foundation, where he advised on a wide range of international policy issues. He has also worked on juvenile justice reform in the state of Illinois.

Tim Hawkins – Director of Public Works and Facilities: A veteran public servant for the City of Dearborn, Hawkins has worked as a building inspector, and as the Director of Property Maintenance and Development Services. He is a Dearborn Native, graduating from Edsel Ford High School.

“Hawkins is a 20-year Local 2 Bricklayers and Allied Craft Union member and Journeyman Bricklayer. He will lead the Department of Public Works and Facilities.”

Nicole Hefty – Directory of Philanthropy and Grants: Hefty draws from a diverse range of experience to lead the newly created office of philanthropy and grants. Her current role with the City of Dearborn will streamline the grand writing and collection process for the city.

“Hefty will lead a new office of philanthropy and grants, housed under the Finance and Treasury Department… She has broad experience in research and social services, from serving survivors of domestic violence to performing health systems research.”

Michael Kennedy – Director of Finance and Treasury: Kennedy has previously held managerial roles in the City of Dearborn’s finance department.

“Kennedy brings over twenty years of employee management experience, diverse financial skills, and detailed knowledge of the operational and accounting components of business.”

Joseph Murray – Fire Chief: Under Murray’s leadership, the Dearborn Fire Department has an average response time of just six minutes, earning the department a place in the top two percent of all fire departments in the United States.

“Murray has served as Dearborn Fire Chief since 2012, overseeing all administration and operations of the Dearborn Fire Department, including 143 professional firefighters working over five stations.”

Alia Phillips – Director of Community Relations: Leading this newly created office of community relations, Phillips is working through a community liaison model “that gives residents a faster and more accessible means of voicing concerns and participating in government.” She has previously worked as a Michigan Field Director for the Bernie 2020 campaign and as deputy campaign manager for the Dana Nessel for Michigan Attorney General campaign.

“Phillips is a leading community organizer and strategist who has supported local, state and national efforts to boost civic engagement and participation.”

“Shahin is a 24-year veteran of the Dearborn Police Department, serving most recently as the commanding officer of the Investigative Division.”

Mansour Sharha – Director of Technology and Innovation: With many years of IT experience, Sharha will lead a more expansive department that will work to expand the reach of regular IT functions “and pursue modern, innovative strategies to enhance the city’s technological reach and impact.”

Jeremy J. Romer – Corporate Counsel and Chief Labor Negotiator: Romer has spent his entire career in municipal law with the City of Dearborn. He has previously served as corporation counsel and as chief labor negotiator.