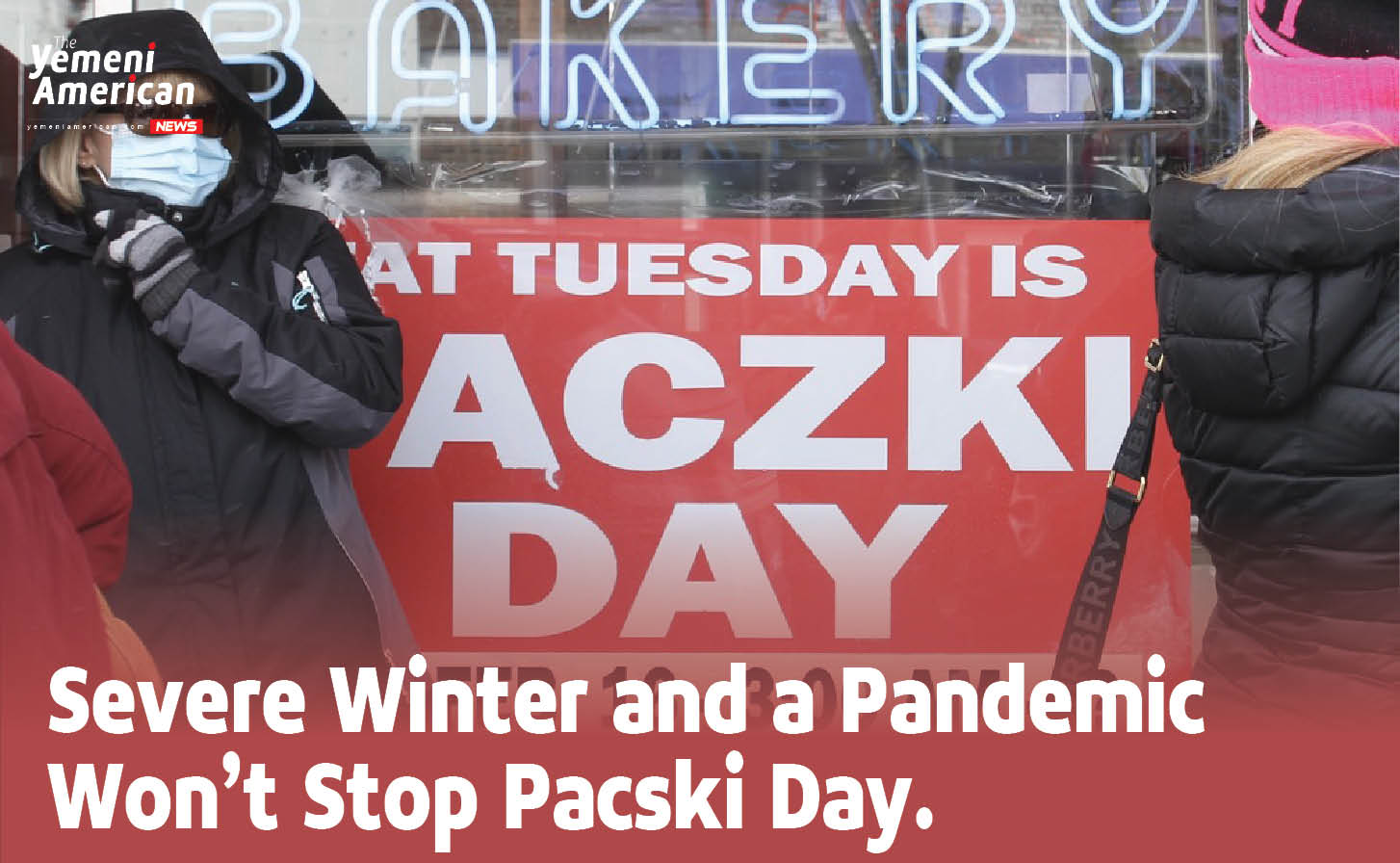 HAMTRAMCK, Mich. – It’s freezing temperatures outside, with ten inches of snow and a global pandemic going on all in one day. But don’t tell that to the people waiting for up to an hour for their Polish pastry. Today is Fat Tuesday in the Lent Calendar, and in Metro Detroit that means Paçzkis.

They’re almost like a donut, with a glazed or sugar-coated outside that’s lightly fried and a gooey filling that’s usually made of fruit on the inside. A singular Paczki is called a Paczek (pronounced pon-check) and millions are expected to be sold this year. As part of Hamtramck’s polish history, the city celebrates its Fat Tuesday with this pastry above all others. And shop owners know this.

Over at Family Donut Shop near the corner of Conant and Caniff, the owner yells over the roaring fryers to guess how many the shop has made so far. “Maybe 300 dozen,” he says. For those who aren’t familiar with the baking term, that’s a sum total of almost 4,000 pastries.

“And we’ll probably sell out,” says Esmail, who’s helping run the shop on one of the busiest days for donut shops all year. 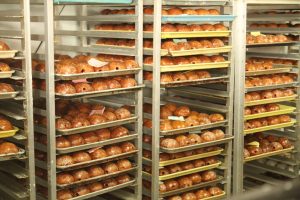 At the Family Donut Shop, the owner estimates that they’ll sell out of the nearly 4,000 Pacskis that they’ve made.

Despite being a bakery item of polish origin, Esmail explains that the Family Donut Shop serves all of Hamtramck’s diverse residents the delicious pastry. Hamtramck has long been home for a massive Bengali, Yemeni and Bosnian population, among other ethnic groups. “Pretty much everybody comes here,” Esmail says.

Although not common anymore, the authentic Paçzki is made with lard, a biproduct of animal fats. For the large portion of metro Detroit that practices Islam, this brings up questions about what is halal, and what isn’t. However, one of the major Dearborn bakeries, Iverson’s Bakery, has embraced this question and changed the recipe for the benefit of a broader community.

“I think it should be everybody celebrating Paczki day,” said Amy Ayoub, owner of Iverson’s Bakery. “Our clientele has been, you know, everyone from Muslims, to Jewish people, to Christians, to Catholics. We just want to serve the whole community.”

Without the lard, Paczkis from Iverson’s taste like a dream. The fruit filling was sweet and tart, with a crispy glaze over the smooth dough. So no one’s missing anything when it comes to this recipe change. 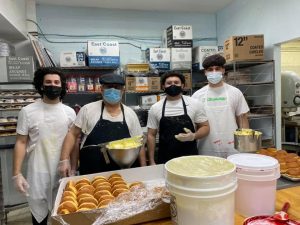 Workers at Iverson’s Bakery make the Lard-Free Pacski in preparation for Fat Tuesday.

At the root of the holiday is the idea that Lent begins tomorrow, on Ash Wednesday. This is the day when Lent, a period of moderation and temperance for Catholics, begins. Oftentimes, Catholic Americans will eat and drink until the late hours of the evening in order to enjoy themselves before Lent begins.

For a lot of people, it’s just about the tradition. One person in a line for New Palace Bakery says he’s been waiting in line for half an hour to get his hands on some Paczkis. But this isn’t the longest. “When the weather’s nice, and there isn’t a pandemic, I’ve waited up to 2 hours to get some Pacskis,” he said.

JoAnne and her daughter Brittney were walking from one of the Polish bakeries in Hamtramck. They waited for 30 minutes to pick up their dozen Paczkis to bring home. As part of their preparation for lent, they ordered the pastries. And they recommend everyone who wants to participate in Lent to give them a try.

“You’ll be in a food coma for weeks,” JoAnne said. “And by the time the sugar wears off, you’ll be halfway where you need to go.”

Lent begins tomorrow, and continues until Easter on Apr. 4 this year. For the next 7 weeks Catholics, and anyone else who wants to participate in Lent, will need to give up their vices in order to be closer to God, to their goals, or to anything else they wish to participate for.