Senator Peters Writes to the White House about including MENA Category 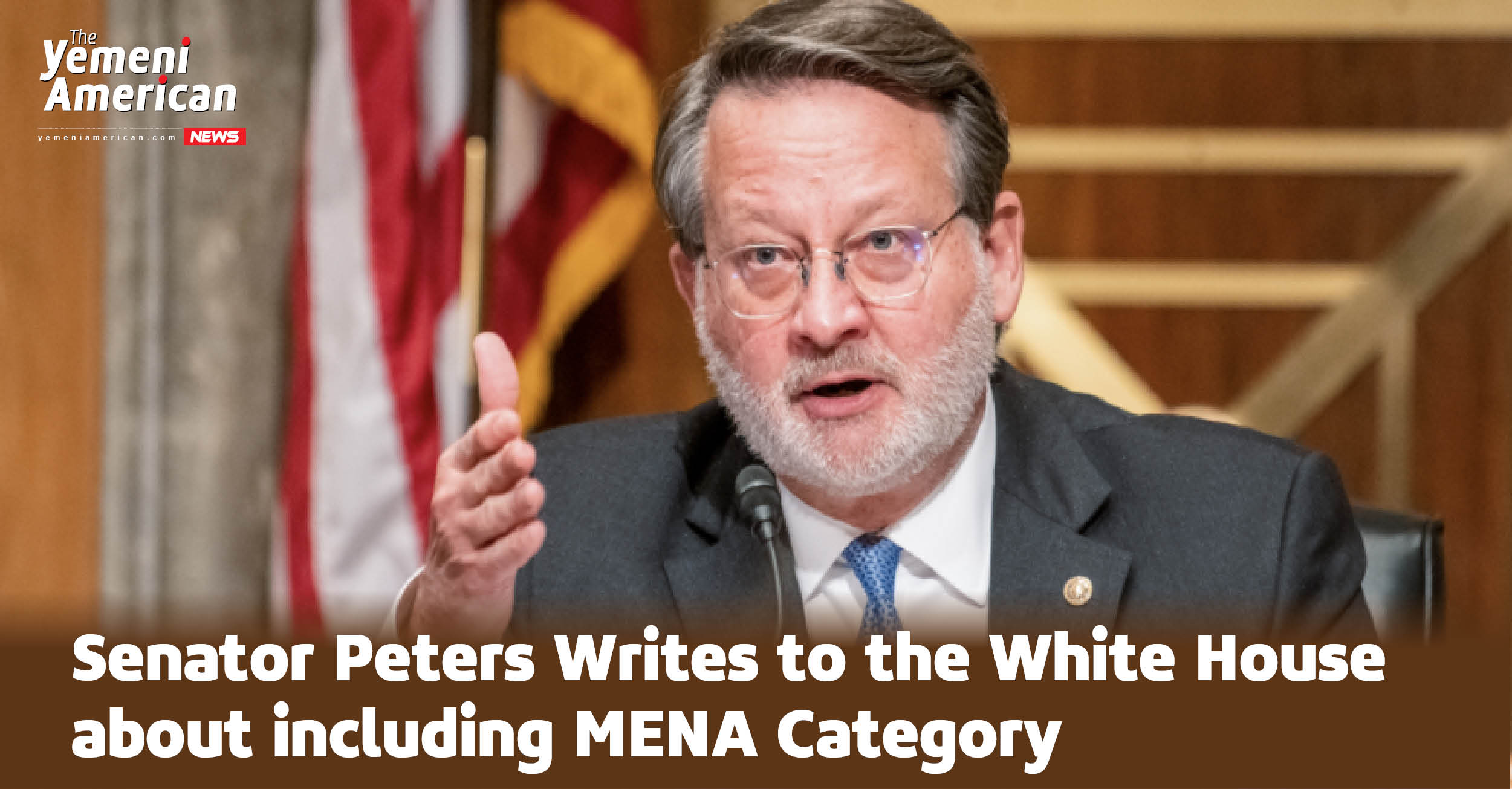 Washington, D.C. – In a letter to the White House Office of Management and Budget (OMB), Senator Gary Peters (D-MI) wrote of the pressing need for a Middle Eastern/North African category in federal data collection, like the United States Census.

“I write to request information about the Office of Management and Budget’s review of the federal standards for race and ethnicity data, and urge you to prioritize the inclusion of a category for people of Middle Eastern or North African (MENA) descent,” writes Senator Peters.

The Federal Government’s data collection standards were first issued in 1977 but did not specify a MENA category. Instead, those from the Middle East and North Africa were classified as white, along with ethnic Europeans.

“Since the federal standards on race and ethnicity were first issued in 1977, the Federal Government has classified White as people having origins in any of the original peoples of Europe, the Middle East, or North Africa,” reads a 2016 report from the Office of Management and Budget.

Senator Peters has been looking to change that. As senator to a state with the largest Middle Eastern and North African population outside the region itself, he’s heard many say this misidentification has created additional challenges for the members of the MENA population.

“For too long, outdated federal standards have imposed limits on statisticians, advocates, and communities alike,” said Maha Freij, CEO of the Arab Community Center for Economic and Social Services (ACCESS). “In this letter, Senator Peters requests vital information regarding the OMB’s effort to correct this historical and systemic exclusion. We urge the OMB to provide this information and prioritize establishment of a standalone ‘Middle Eastern or North African’ category.”

In a previous review of federal standards from 1997, OMB noted that the concept of a separate racial category for the MENA population was considered, however the conclusion was more research needed to be done in order to reach a comprehensive definition.

“At the conclusion of that review, agreement could not be reached among public stakeholders on the intended measurement concept (i.e., whether the category should be based on language, geography, etc.) nor on a definition for this category,” reads the 2016 report. “As a result, an additional, minimum reporting category for this group was not created. Instead, the revisions… advised that further research be done to determine the best way to improve data for “Arabs/Middle Easterners.”

However, detailed notes on the public comments gathered by the Office of Management and Budget show that a vast majority of those participating in the research – 98.3% of participants – agreed that there needs to be a MENA category for federal data collection.

The rationale included an elimination of confusion, improvement of data standards and the necessity “to inform the community, researchers, and policy-makers in order to help in healthcare research, law enforcement, civil rights enforcement, and the development of anti-discrimination policies.”

Those not in support of a separate MENA category – 38 respondents out of more than 2,000 – were mainly opposed to what they saw as a “special interest group” and “a way for this group to get special funding.” However, this is exactly what the United States Census is designed to do for every ethnic and socioeconomic groups.

What Peters Wants from the OMB

In Senator Peters’ letter to OMB Director Shalanda Young, the Michigan Senator asks for a complete update on the process of OMB’s review and revision of federal guidelines for data collection. Specifically, Peters is requesting:

“OMB’s most recent guidance, from 1997, does not include a separate category for the MENA population,” wrote Senator Peters. “Research has shown that this limits the data available on unique challenges faced by the Arab American population, such as healthcare needs and disparities. Adding a MENA Category would provide more accurate data and allow the federal government to better serve this population.”