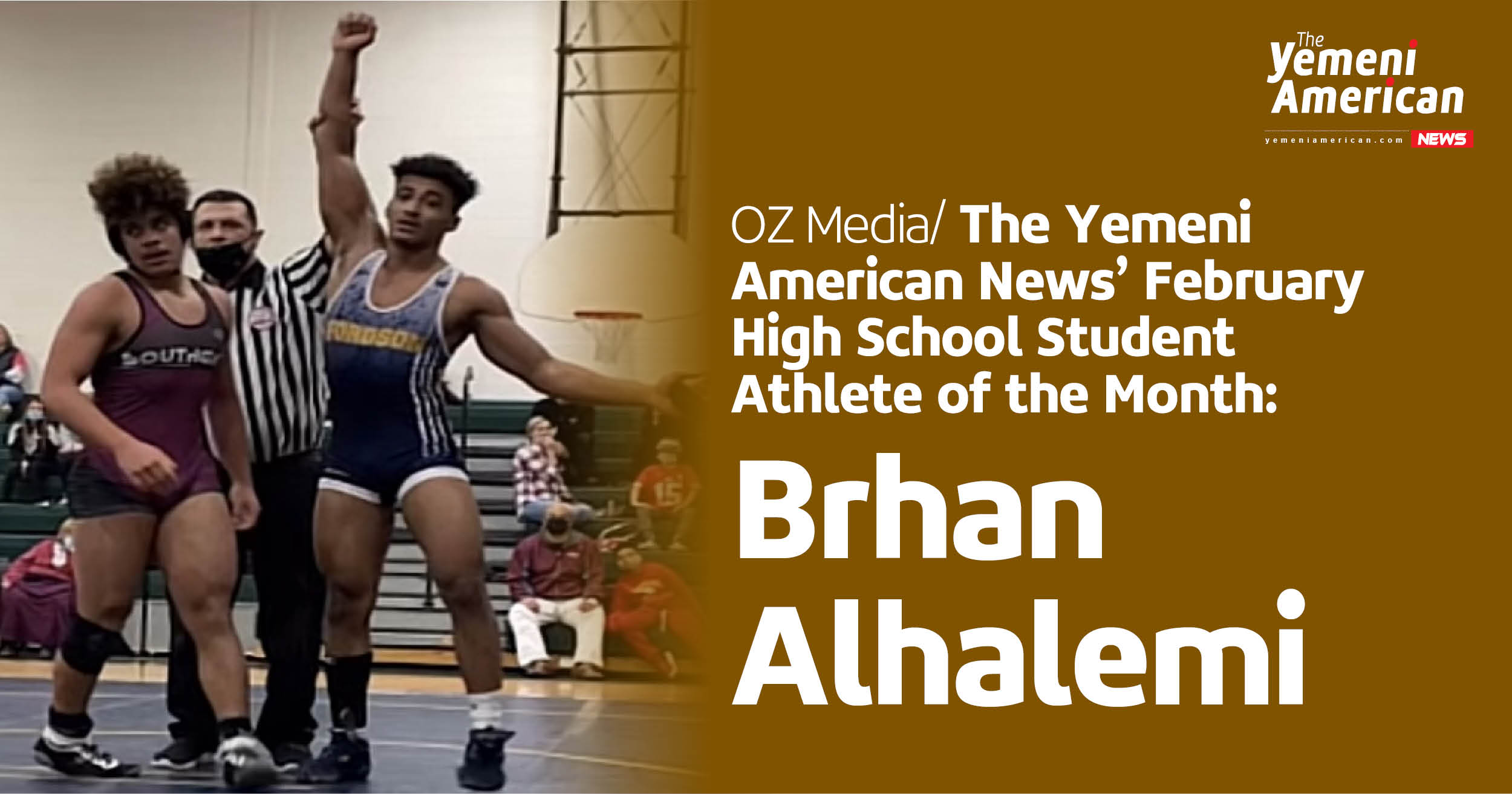 OZ Media/The Yemeni American News is proud to present the February High School Student-Athlete of the Month award to Brhan Alhalemi out of Fordson High School.

Brhan is a wrestler for the Fordson Tractors and he is in the 162 lb. weight class. Brhan currently holds a perfect 35-0 record on the season and is one of the favorites to come home with a state title this year. Brhan also has a 3.5 GPA. It’s safe to say Brhan is excelling on and off the wrestling mats.

Brhan has been wresting for four years now. His junior year ended with a state qualifiers finish. This year Brhan is currently ranked as a top 8 wrestler in Michigan and his goal is to bring home the state title (which will be held in two weeks).

“My goal this year is to win it all In sha allah,” Brhan said. “I have had this goal for four years now to be a state champ. This is my last year of high school so I got to put my name out there and finish first. I know I’m almost there.”

His coaches know he’s almost there as well. They are confident in Brhan not just because of his skill, but also because of his leadership and work ethic.

Fordson’s Head Wrestling Coach Jeff Ball said, “Brhan shows tremendous work ethic and has shown improvement all four years here. What has stood out his senior year is his leadership of the whole team. You’ll never catch Brhan missing a practice and he’s always helping the younger wrestlers improve in their skills.”

Another Fordson Wrestling Coach, Hamza Mrech, said, “What makes Brhan such a great wrestler is that he will do whatever it takes to be the best. He trusts in his coaching staff and doesn’t question what we believe is best for him.”

When speaking to Brhan, you can tell he is a mature, focused and disciplined young man. We asked him what inspired him to be this way, his response was wrestling.

“I use to play football before I wrestled,” Brhan said. “I stuck to wrestling because it was way harder than all of the sports I’ve played. It teaches you discipline and you control your own fate at the end of the day. It’s just you and one other guy, face to face, man to man; no one is there to help you. It’s just you and one other guy in a circle and you got to battle it out to win.”

As for who inspires Brhan to work hard every day, that answer is his father Hafed Alhalemi.

“My dad has 8 kids and works every day,” Brhan said. “Sometimes he doesn’t even sleep. When I see my dad, I see someone who pushes his limits. He teaches me to push my limits and that I got no limits to begin with.”

Hafed Alhalemi is a business owner. We asked Hafed what makes his son Brhan such a great leader on and off the court, he said, “It’s his devotion and strong passion to whatever he loves to do. Rather if it’s his family, wrestling or school work; Brhan always puts in 110% effort in everything he does.”

Brhan’s plans after high school is to wrestle collegiately while attending school for medical (focusing on sports/athletes).

We asked Brhan what kind of student athlete would a college be getting with Brhan? His response was, “You’re going to get someone who is very self-disciplined. I’ll do whatever it takes to get better. I am also a team player. I am always going to make sure the team is on task and doing their job.”

Brhan mentioned that his father also hopes that he can be a UFC Fighter one day. Brhan eventually plans to fly out to California to train in MMA and hopefully make it into the UFC.

Coach Mrech later added, “Whether it’s winning a state title or coming short of it, as long as he gave it his all and enjoyed the process, as coaches, we’ll be proud of him. I’ve told him before no matter how his season ends I’ll always be in his corner.”

Once again, we like to congratulate Brhan Alahlemi for being OZ Media’s/The Yemeni American News’ February High School Student Athlete of the month. Good luck the rest of the season!