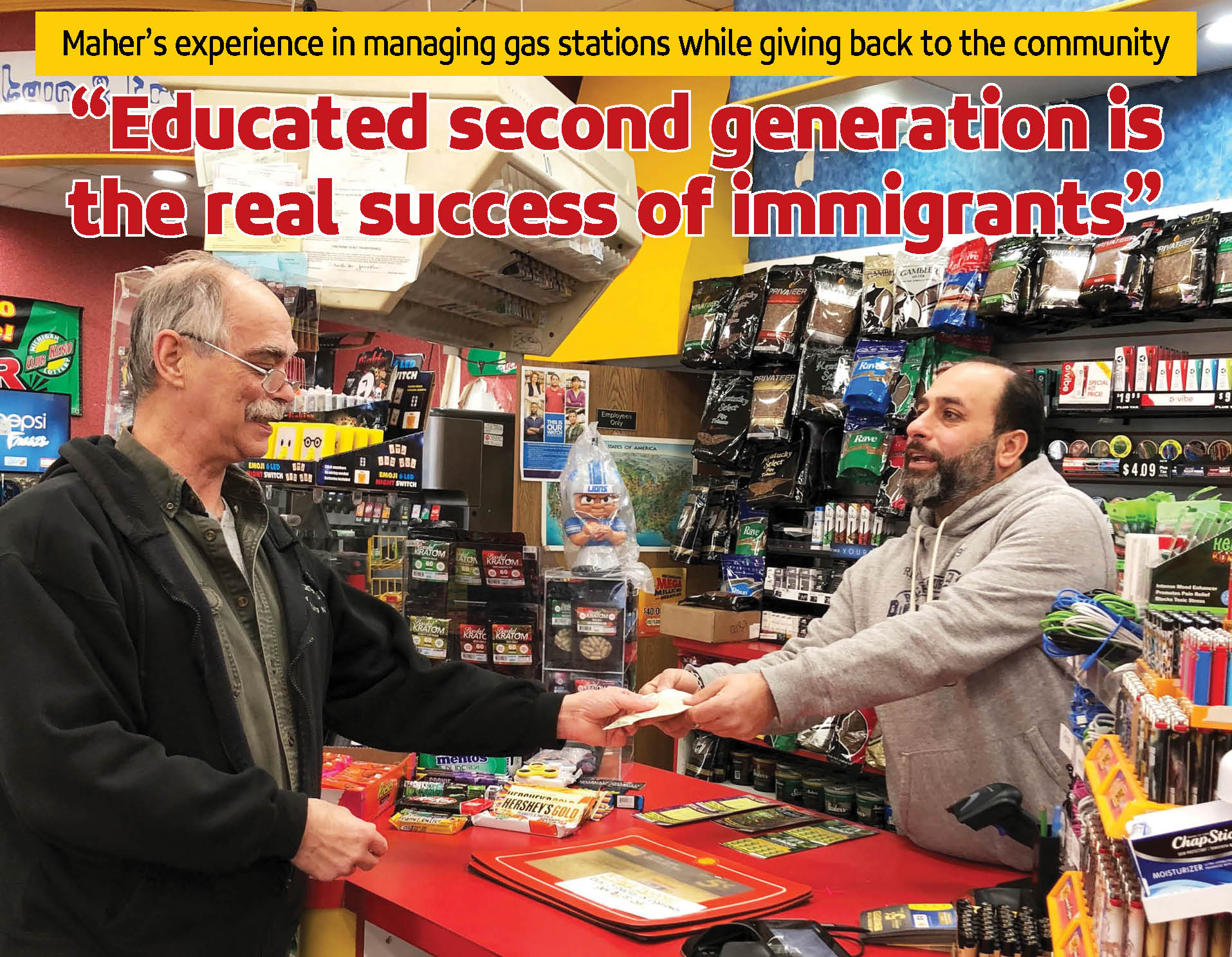 Maher as known in his Arab American community or Mike to his usual customers commutes daily for two hours from Dearborn to Port Huron to manage his gas stations for 28 years. 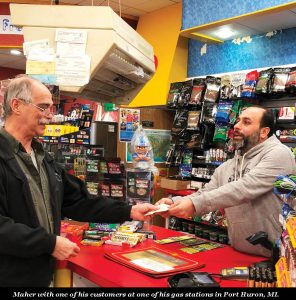 The journey of Maher in carrying out his family business exemplifies professionalism with his employees and customers. The family likes to always improve their businesses and always hires from the surrounding community around their businesses.

The family of Maher came to America as immigrants from Lebanon four decades ago and is always known to be philanthropists; giving back to the good causes of the community and supporting local charities that are serving the entire community. Maher is the son of Lebanese American immigrant, Hajj Saleh. He graduated from the University of Michigan with a bachelor’s in electrical engineering but his family business kept him away from his electrical engineering career and he settled to manage the gas stations; 28 years and counting.

Maher said that gas stations have areas of improvements; even though many think investing in such businesses isn’t profitable anymore. He tells the Yemeni American News his family story with huge pride in always giving back to the community; establishing positive relationships with their surrounding communities. He tells the Yemeni American News that superior customer service from the business owner shows the level of professionalism and business understanding which yields loyal clients and high returns. Maher, who is in his 40s now, talks about his daily job, describing how it became a very important part of his life; and in his words, “that’s the key to success, loving what you do and looking for ways to always improve.” He also takes pride in his family’s heritage and says that his family roots go back to Yemen. 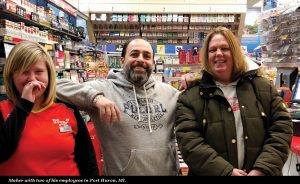 He remembers his first few days in America when he came to the U.S. as a 16-year-old teenager. He recalls learning the English language, going to Henry Ford College and then the University of Michigan-Dearborn while working with his uncle at a gas station. He has now 5 kids; the oldest being 21 and enrolled at Wayne State University as a junior in the pre-medical program while his second child is 20 and goes to Schoolcraft College for her international business degree.His 3rd child is also enrolling at Wayne State to study biomedical engineering.

Maher tells us “the good and beautiful things about this generation is that they’re getting educated and education is the most important part of their lives.” He then adds, “My wife and I are a proud couple that we have set an example of how to raise and educate our kids. Our generation came with nothing; we worked very hard to build a foundation to our family”
His advice to others trying to build a business for themselves is to always do things the right away, not cut corners or break the law; and try not to compete with your fellow community friends. He adds “be a true business figure in your community; be part of it; get involved and it will pay off for your investment while setting a good example for who you are and what you stand for”