Jewel Ware, Dist. 2 County Commissioner, passed away with a history of dedicated service. 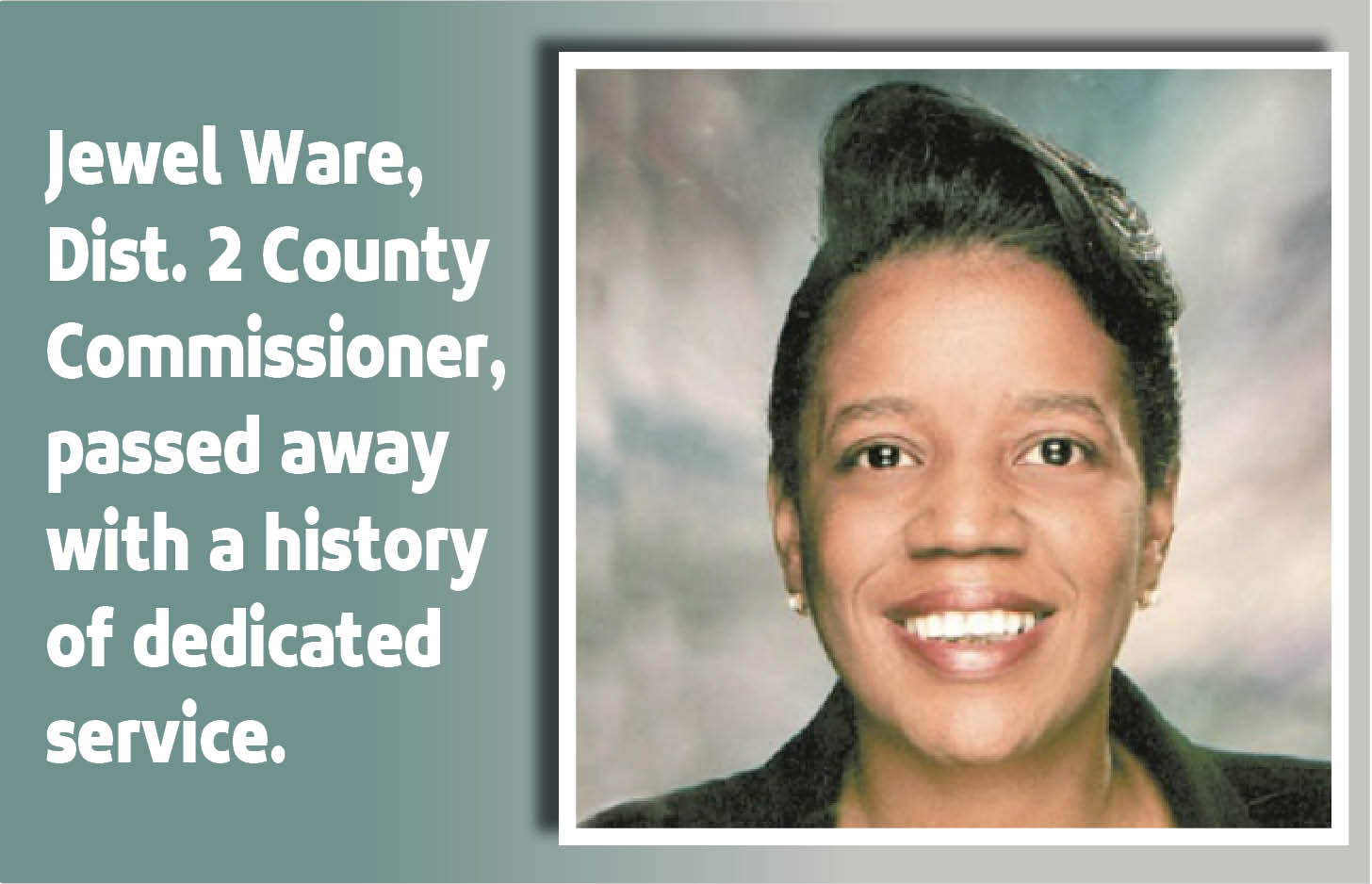 Detroit, Mich. – Jewel Ware was a dedicated County Commissioner, working tirelessly since first being elected in 1994. She was focused on the issues, while still remaining a careful legislative member for the good of the County that elected her. She is remembered as a friend and colleague to many, and a servant to the people.

Ware’s responsibilities on the board focused on oversight of the $2.14 billion budget, an especially daunting task during her tenure during the 2008 financial crisis. She also approved contracts and adopted resolutions and ordinances. She’s credited with making the Wayne County Commission “a more effective and efficient legislative body,” saving approximately $1 million each year.

The issues closest to her efforts were on increasing healthcare access and providing formerly incarcerated individuals with fulfilling opportunities.

As a certified social worker with credentials from the University of Detroit, she was exceptionally active in her community, serving on the boards of several initiatives and organizations such as the NAACP, Michigan Universal Healthcare Access Network and Genesis Lutheran Church.

Her latest efforts focused on reforming the way services are delivered and managed by the Detroit Wayne Mental Health Authority.

Her colleagues remember her fondly as a tireless public servant and as a dear friend. Wayne County Executive Warren C. Evans gave a statement saying that “her strength, experience and common sense will be sorely missed.”

“I was saddened to hear of the passing of my friend and colleague, Wayne County Commissioner Jewel Ware, who died this morning unexpectedly from a heart attack. Jewel was a friend of mine for the better part of 30 years, and we worked together in several different capacities.

Over that period of time, I got to know her as a fiercely dedicated and no-nonsense public servant who always represented her constituents – especially her beloved seniors – to the best of her ability.”

Wayne County Treasurer Eric Sabree said “her purpose was to serve, and her reach was vast.”

“It’s not often you meet someone as dedicated to serving the community as Commissioner Ware. Commissioner Ware made it her priority to serve those who were often forgotten, ensuring everyone’s voice was heard. She represented the senior community in her district with great honor and expressed true love for them. She considered them members of her family.”

“Commissioner Ware was a tireless advocate for seniors, the residents of Detroit and Wayne County,” Commissioner Baydoun said. “We truly lost a great public servant. She will be missed by her residents, colleagues and all those who had the honor of knowing her.”

Recently elected State Representative Abraham Aiyash said he last saw Commissioner Ware at Isaac Robinson’s memorial. “She was no frills, a straight shooter, but had a dry sense of humor that always left me feeling good.”

“Earlier today, Wayne County Commissioner Jewel Ware died unexpectedly from a heart attack. I’m truly saddened to hear this news. I have only known Jewel for a few years, and we grew closer earlier this year.”

Commissioner Jewel Ware passed away early yesterday due to an unexpected heart attack.