In Yemen’s Dreaded War: There is No Discrimination between Rich and Poor; All Suffer 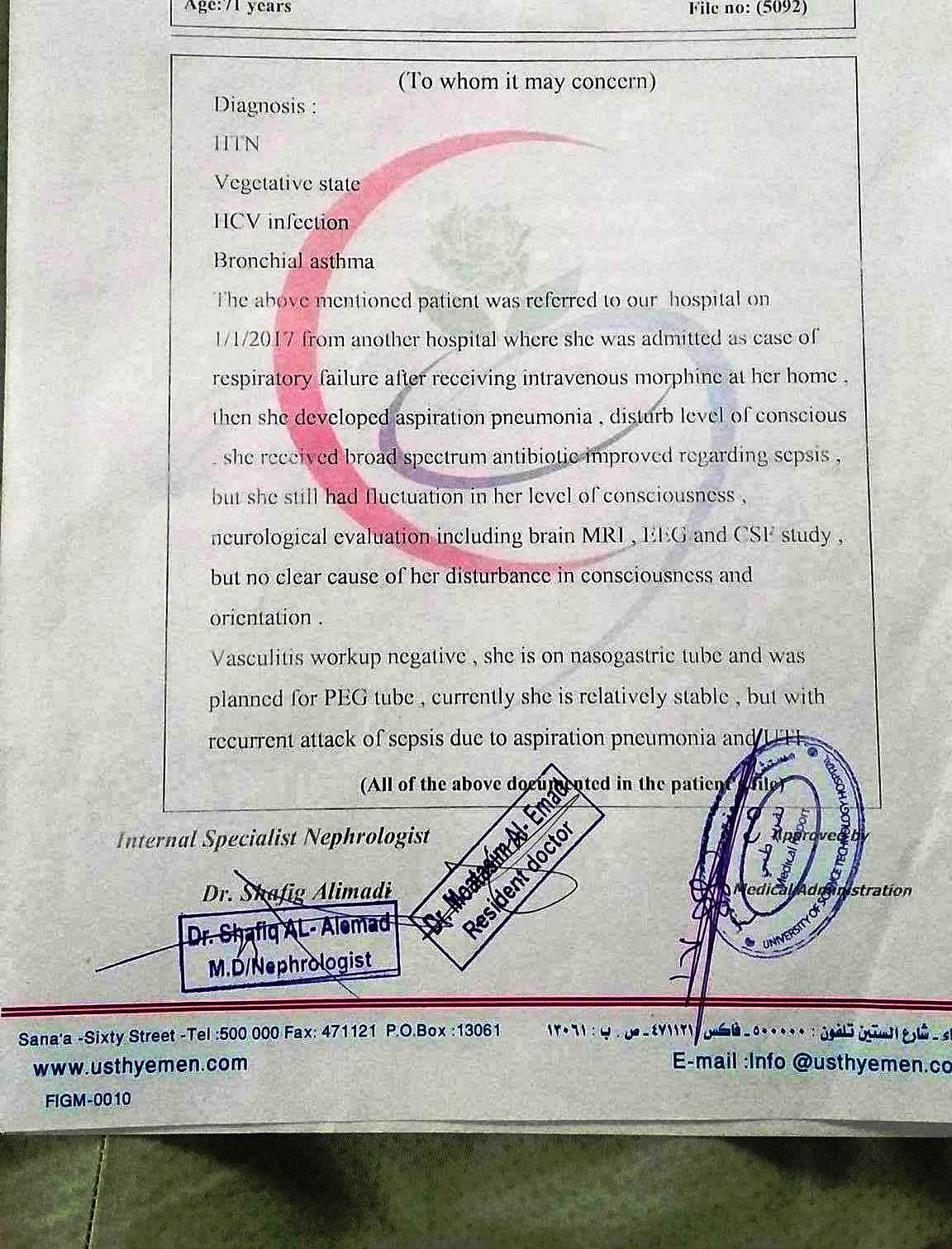 In the war on Yemen now waged by a hodgepodge of evil doers, whose last care and concern  are the Yemeni people, suffering can be seen across all demographic and economic affiliations of the people.  The nearly 15,000 + civilian martyrs and twice that much wounded are a cross section of Yemenis from all ages, walks of life and social and economic standing as well as geographical locations.  Even refugees from other lands, who fled to Yemen seeking to escape being victimized by the tragic situations in their own home turf have become direct targets of all kinds of ordnances falling from the sky or exchanged by warring factions, not to mention the shortages suffered as a result of the siege.

In wars, there is no right or wrong, legal or illegal and winners or losers.  This war in particular entails suffering not necessarily by weapons of mass destruction or exchange of machine gun fire, etc.  Suffering has been packaged for the Yemeni people to come in all wrappings.  In addition to the tragic consequences of violent confrontations, we have an impregnable siege by land, air and sea that literally keeps everything coming in and out of the country under the tight control of the so called “Saudi-led Coalition” of Bedouin Sheikhdoms, world powers that give this war some fabricated semblance of international legitimacy, none of which come out of International Law textbooks and mercenary forces that get premium prices for the right to kill maim and destroy.   This siege and blockade means that all airports in the country (almost all of which have been destroyed), except some of the airports in the South, which are under the control of the Coalition and which are often closed due to differences between the Coalition occupying forces, which can’t decide which of them should control them (Of course, they have forgetten that they are fighting to restore a long expired legitimacy in Yemen.  Thus, for anyone living in Sana’a or anyone in Coalition Free areas of Yemen in most of the North and a good part of the South it is impossible to go to another country for vacations, education and of course dire medical attention, which can’t be obtained locally.  There is no telling when this situation will change, as this also has a bearing on at least 50,000 Yemenis overseas who are unable to return to Yemen either because of the hardships of going through foreign imposed blockades and airport closures, or they ran out of money to pay the exhorbitant fares needed to come home by alternative and often unsafe routes.

The above description brings to light some of the difficulties that all in Yemen must suffer from due to this horrendous and by all accounts uncalled for war.  Of course those needing dire medical attention, who are nearing the last possibilities of ever seeing back to life normalcy, are the hardest hit by the tight closure and blockades of all entrance and outlets of Yemen.   The subject of our report here is a relatively rich woman, who inherited a half way decent fortune from her father and managed along with her late husband, to etch out a comfortable living for their offspring of six boys and 1 girl, and have managed to provide each with their own private residences.

We will call this good and faithful lady Um Abdullah, as this is the desire of the family.  Of course Y-A holds all the medical reports and records to substantiate our recognition of her very poor condition.  Um Abdullah has a long history of bronchial asthma, as well as other ailments including rheumatic and ligament impairments, and which heretofore were always treated outside of Yemen.  She has gone to India, Jordan, Egypt and different European countries for overcoming most of her previous illnesses.  She is a very religious lady and has no qualms about her unfortunate physical calamities, as she is thankful to God that no matter what befalls her, she can obtain all the medical treatment that money can buy anywhere in the world.

However, this time, she is unable to go anywhere where she might be saved and her condition has worsened to the point of being unable to recognize whoever is speaking to her, even her children.  She has now only a nurse, who mainly administers medications that just keep her alive and semi-conscious but no more.  Even now, if Sana’a Airport were to open tomorrow, she would not be able to bear the strains of traveling unless by a specially equipped medical plane, which is now no more than a dose of wishful thinking.  May God give her a peaceful respite from all this tragedy and may the world realize that it simply cannot watch as disease, malnutrition and poor medical attention turn Yemen into a humanitarian nightmare for all Yemenis, rich and the poor.