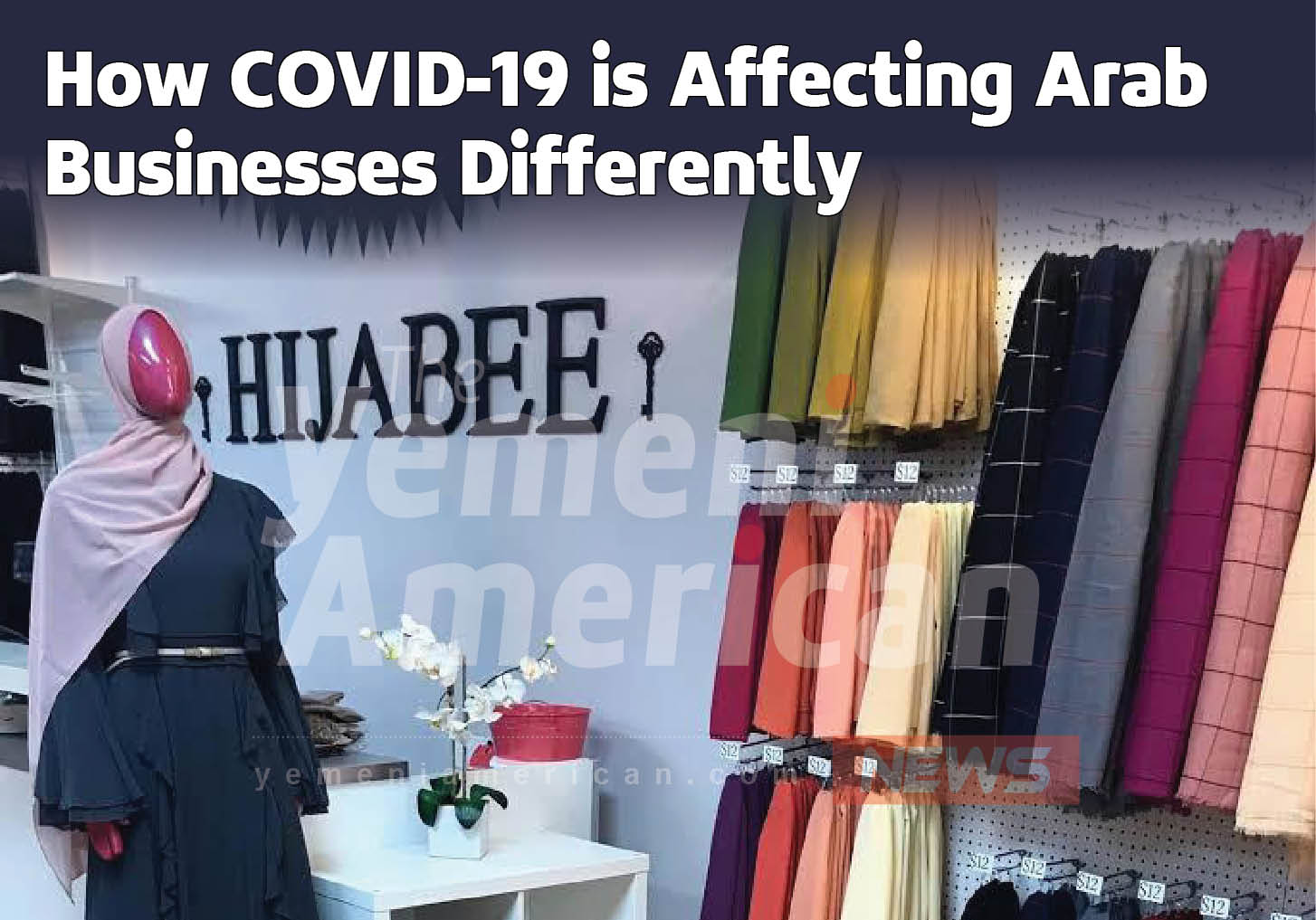 Since opening eight months ago, third wave Yemeni coffee shop 19 Drips was thriving in Ann Arbor, making number one on Eater Detroit’s list of essential Ann Arbor coffee bars. “We were able to grow pretty quickly and get recognized as one of the best coffee shops in Ann Arbor,” said owner Saeed Ebrahim, 20.

Just as business couldn’t get better, two cases of COVID-19 were confirmed in Oakland and Wayne County early March, and Michigan’s economy took a drastic $148-million-dollar hit, according to a report by the Detroit Free Press.

That number has since risen to over 500 cases around the state of Michigan, as the coronavirus continues to spread among Americans, causing school closures, plant shutdowns, and hospitality work to grind to a halt.

For many Arab American small businesses, this means preparing for the worst.

19 Drips depends on business from its dining room to attract customers working remotely, reading books and inviting friends. However early this week, Gov. Gretchen Whitmer signed an executive order temporarily shutting down bars and restaurants with the exception of takeout and delivery orders.

Ebrahim says this has caused a decrease in business more than other coffee shops. “Business has definitely slowed down because we’re not a drive thru,” Ebrahim said. To curb the losses, he’s implemented a coffee bag delivery service.

“Some people can’t leave because they are more prone to the illness,” Ebrahim said. “It supports us and it supports them.”

As social distancing, school and work closures take an economic toll with no definitive end in sight, many businesses are forced to lay off their employees without pay. An estimated three million jobs in the United States will be lost by summer due to COVID-19, according to the Economic Policy Institute.

For Muslim modest fashion wear, Hijabee in Dearborn, owner Lama Habhab, 31, has given her staff a choice to work the store in an effort to keep it open. “Our foot traffic went down at least by half,” said Habhab. “But I would not want my employees to be out of work for that long. They’re like family members and I want to think of them as well as our well-being.”

As the outbreak continues, about 32 million workers are currently without paid sick leave. However late Wednesday evening, President Trump signed the Families First Coronavirus Response Act into law. With certain exceptions, this allows sick Americans to remain socially distant – as recommended by the Centers for Disease Controls – while getting up to 100% of their pay for two weeks.

“It’s not something I’m counting on 100%,” said Habhab. “I just know realistically if nothing else happens, we’re going to have to figure it out ourselves.”

One of the things Habhab figured out before COVID-19 was classified as an epidemic is stocking up on inventory. Habhab explained that all of the store’s inventory comes from overseas. “As soon as we heard of this a few months ago, we ordered everything in before anything happened,” Habhab said.

Other businesses, like Dearborn Nutrition, opened very recently. For now, they’re taking it day by day.

“I’m a little optimistic,” said Jerrison Basemore, 28, co-owner of Dearborn Nutrition. “The nutrients in our drinks help boost immune system. So by people knowing that, it might bring in more customers.”

Basemore said despite a small decrease in sales, a steady stream of customers still come in. “With everything going on in the world, when you come in here it’s a different environment,” he said.

While many small businesses report a drastic drop in sales, grocery stores like Freshland Market in Dearborn, are reporting the opposite.

“It’s been nonstop,” said Osamh Munaser, 30, owner of the neighborhood market. “When the news broke out, a lot of people have been coming in buying specifically flour, oil, sugar and rice. We started getting customers we’ve never seen before.”

Munaser said it’s been difficult to keep up with the demand.

“I’ve been driving to every wholesale, getting whatever I could find,” he said. “I had to wait an hour at Restaurant Depot to buy rice.”

Munaser said with all the efforts to keep up with the store, he realized he needed to stock up his home.

“The customers bought everything in the store and we forgot to put something aside for us,” he said. “So we ended having to drive around and find [supplies] in other places.”

To provide for his family, Munaser called a neighbor with his own grocery store. “He had to hide the flour in the basement,” Munaser said.

Although Munaser understands why consumers are stocking up, he feels there’s no need to hoard.

“In terms of food, there’s plenty,” he said. “People are overstocking on things, so people who are older who need it won’t have anything.”

Still, Munaser doesn’t feel the need to adjust hours for the elderly like other stores such as Target and Kroger. “We care for our elderly, we care for our parents and we don’t neglect them,” Munaser said.