Hamtramck under turmoil looking for a new City Manager 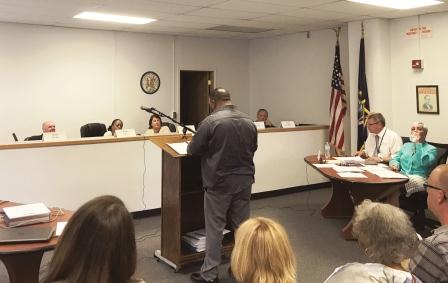 Tertzag was set to replace former City Manager Katrina Powell. At a recent board meeting, majority of Hamtramck’s City Council voted not to renew Powell’s contract after it expired on June 30th.
Now Hamtramck is left with a vacancy at the City Manager position.
The RTAB must approve of all City Council’s actions since Hamtramck is still considered to be under a financial emergency.
Two councilmembers who were in favor of renewing Powell’s contract were Andrea Karpinski and Ian Perrotta.
During the RTAB meeting, Karpinski stated that, “ Ms. Powell has been proven to do well for the city of Hamtramck and to get us in a positive place.”
Ian Perrota followed Karpinski at the RTAB. Perrota believes the other councilmembers violated the Open Meetings Act.
Perrota stated, “Why would the majority council members suddenly and simultaneously decide to not move forward with the current city manager?”
Perrota then asked, “Why would they approve of a City Manager that has faults similar to the current one they are trying to replace?”
Those who opposed renewing Powell’s contract and were in favor of Kyle Tertzag were councilmembers Anam Miah, Abu Musa, Saad Almasmari, and Mohammed Hassan.
During the RTAB meeting, Miah stated, “Tertzag has performed well in this position before. Any talk about his qualifications can not disparate this fact.”
Saad Almasmari also spoke during the meeting. He stated, “Ever since we voted down to renewing Katrina Powell’s contract, she started using her power for her own personal interest. That is not right.”
Tertzag is a familiar face within the Hamtramck area.
He was hired in 2012 to become the acting City Manager for Hamtramck. He lasted over a year before he was fired by Emergency Manager Cathy Square after the state declared a financial emergency.