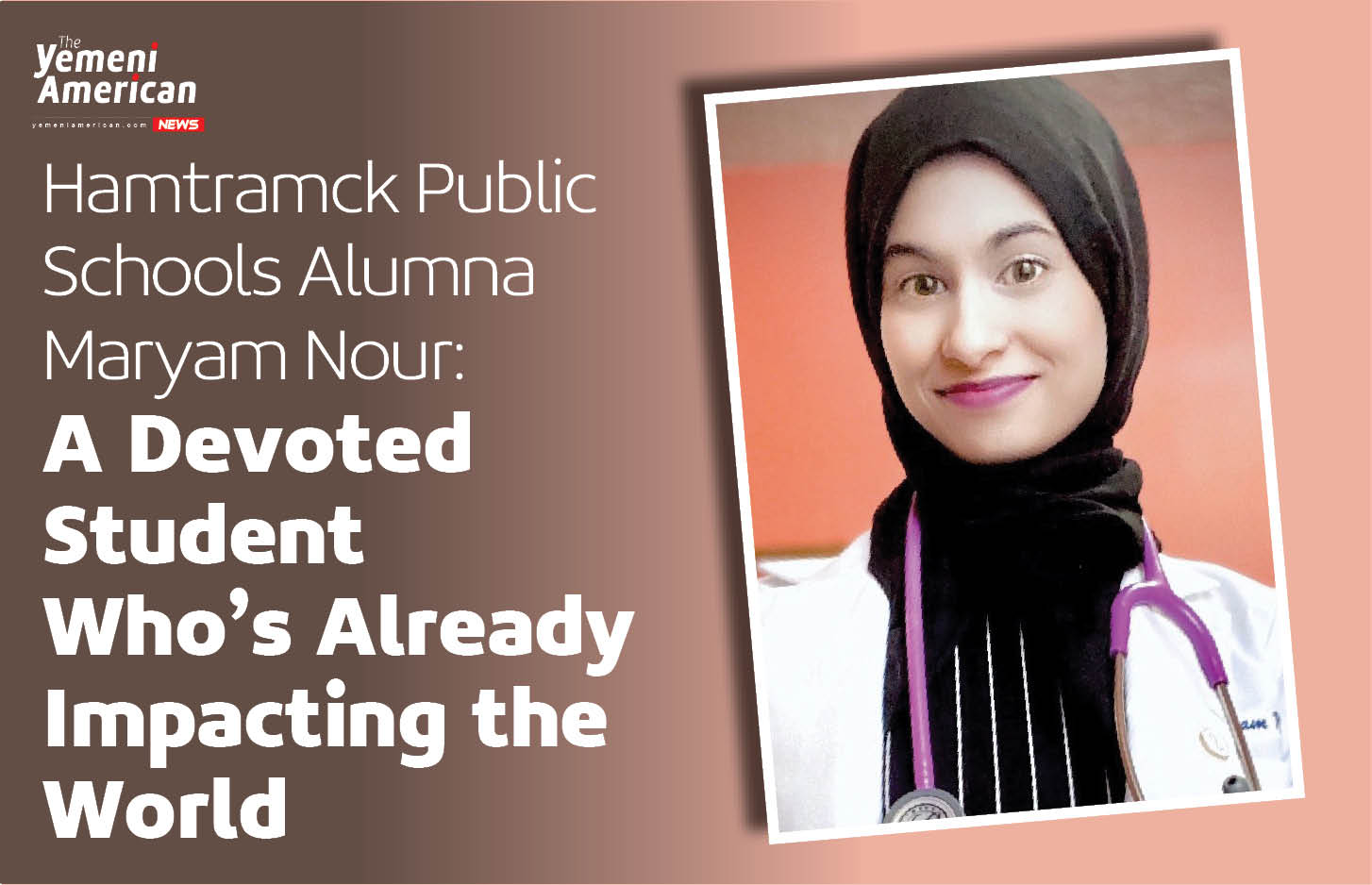 HAMTRAMCK, Mich. – When talking with Maryam Nour, it’s hard not to feel inspired. The Medical / Business student talks in all the right ways about her success, but more importantly how that kind of success should be made available for everyone. Since graduating from Hamtramck High School, she’s gone on to take some important steps in her learning, career and making an impact against the world’s challenges – all while remaining an advocate for others.

Despite the rapid success and continued growth of Nour, she talks about the constraints of growing up in a city like Hamtramck, and taking care of her chronically ill parents while she goes through school. By no means is this adversity holding her back, and it doesn’t seem to weigh on her decisions to propel herself, and those who share her experiences, forward. Maryam is someone to look up to, as a model for success, and a model for not sacrificing the most important things that ground us.

Back in 2017, Maryam earned a place among University of Michigan’s ‘Difference Makers.’ Her work on had already included a medical mission to Central America, research work, and multiple leadership awards. In an interview for the award, she talked about a difficult workload for her university years. But instead of wearing on her, it only seemed to invigorate her passion for the goals she set for herself.

“I took a leap of faith and it made me more brave and more determined to continue pursuing the unimaginable,” Nour said in the UofM interview. “It made me realize that if I can dream it, then I can pursue it.”

Growing up in Hamtramck Public Schools

Like anyone with Nour’s kind of success, she grew into the person she became over a long time. One of her teachers, Val Van Curen, says that although she always believed in herself, her confidence took time to grow.

“She had always been a little bit on the reserved side,” said Van Curen. “But that doesn’t mean that she wasn’t incredibly involved in the organizations that she was a part of. I believe she was in the National Honor Society, and I’m sure she was part of student council… And in class, you know, she was the kind of person that was always wanting to help people when they were under duress.”

Other mentors who watched her grow say the same, although Kristen Hurt knew that she would grow into a confident young woman.

Hurt worked as her counselor at Hamtramck High School. Although Hurt moved to another school, she says that Maryam still maintains contact. Throughout her time at Hamtramck High School, Hurt watched Maryam as she worked hard as a student and a member of the school’s community. When Maryam was accepted to University of Michigan with a couple of scholarships, Hurt even helped pay for the enrollment deposit.

“I was really confused, because I didn’t have anyone guiding me for college,” Nour said. “So I turned to my counselor at school, and she told me, ‘you got a scholarship from University of Michigan, that’s where you’re going’. And that’s it. You know, she really just made that decision for me and really empowered me. Things like this, you know, I can’t talk to my parents, because they don’t understand those things. I was the first in my household to even attend university. It felt frightening to not know what is on the other side. I didn’t even have reliable transportation.”

In their time together, Hurt says that Nour was a curious student who asked a lot of questions. Hurt knew that Maryam was always bound for success, and that’s why she helped pay the enrollment deposit to get started in college.

“I thought, okay, this girl’s got to go where she wants to go,” Hurt said. “And we have to get her there no matter what. Because she needs every chance she can get to fulfill her destiny and reach her goal.” 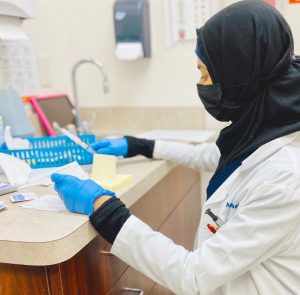 Where is Maryam Now?

As a student at AUA-College of Medicine, she’s working toward becoming a doctor. While juggling the complicated schedule of any medical student, she’s also studying to earn her MBA, specializing in healthcare at Franklin University.

Right now, Maryam is working on the frontlines of the COVID-19 pandemic. Her work involves both directly vaccinating frontline workers and those who are especially vulnerable, as well as educating people who have simple misconceptions or questions about the virus and its treatment. Working with Wayne County Healthy Communities, she says she stays up to date on the Center for Disease Control’s research, as well as helping to spread facts as often as possible through social media.

To stay on top of everything, she says her it’s her faith that allows her to remain grounded despite all of her work. “I truly attribute all my success to Allah, first and foremost,” Nour said. “I’m a very practicing Muslim, so my faith is what keeps me going.”

Becoming the person Maryam is meant a lot of challenges. And while those challenges were overcome for her, she says that she wants to inspire other people to work toward their version of success.

“In Hamtramck, some girls get married right out of high school because they may feel hesitant to pursue higher education,” Nour said. “I want to share my story so that girls in that position can understand they are capable of so much more. They have the potential to achieve anything that they would like in life, because you only live the life you create for yourself. Once you leave your comfort zone, that is where the story gets interesting.”