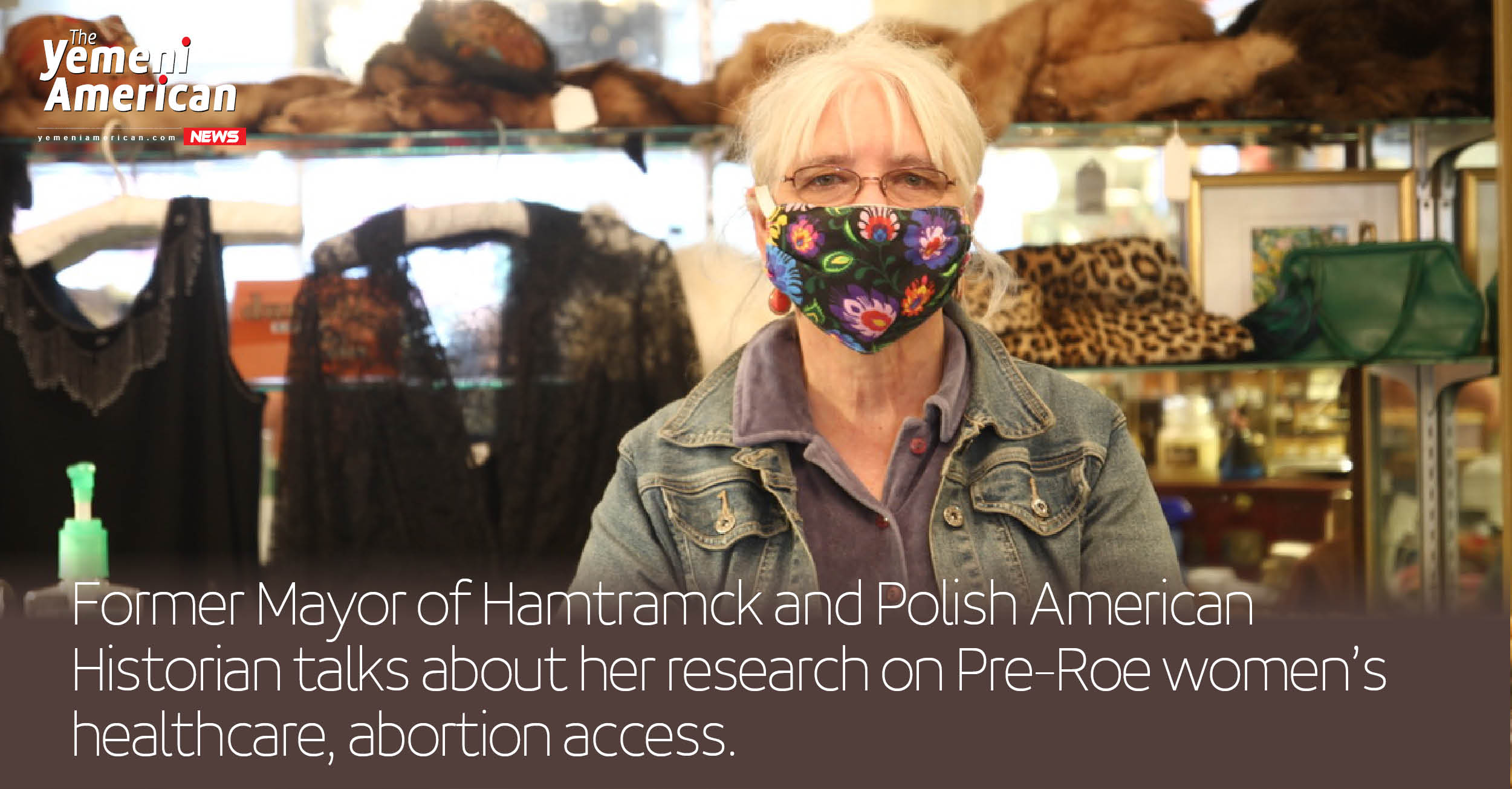 HAMTRAMCK, Mich. – By now, it’s no secret that the United States Supreme Court intends to overturn Roe v. Wade, a decision that enshrined the right to abortion access in the Country. Since leak of the draft majority opinion, women across the country have spoken out against the Supreme Court’s draft majority opinion, calling on leaders to intervene.

In the leaked draft, Justice Samuel Anthony Alito provides an argument for deferring the question of abortion access to state governments, arguing that the United States Constitution is not the place to answer that question.

“We hold that Roe [v. Wade] and Casey must be overruled,” reads the draft opinion leaked to Politico. “The constitution makes no reference to abortion, and no such right is implicitly protected by any constitutional provision, including the one on which defenders of Roe and Casey now chiefly rely – the due process law of the 14th Amendment.

“That provision has been held to guarantee some rights that are not mentioned in the constitution, but any such right must be ‘deeply rooted in the nation’s history and tradition’ and ‘implicit in the concept of ordered liberty’ …The right to abortion does not fall within this category.”

Activists are aware of the reality that existed before 1973 – when Roe v. Wade was decided by the Supreme Court, enshrining abortion access into law – and for those who were alive in a time when abortion access was heavily restricted, they say there’s no going back.

Karen Majewski, former Mayor of Hamtramck and Historian of Polish American history, published an article early last year that detailed the lengths that immigrant women would go in order to terminate a pregnancy. The reality is that many women were jailed, injured and even died because there was no safe access to abortion in Detroit’s immigrant enclaves before Roe v. Wade was decided by the Supreme Court.

Keep in mind that the majority of women seeking abortions were married women who already had kids. Meaning that many women who wanted to get an abortion to avoid becoming destitute and unable to care for children would risk their lives for the procedure. And in many cases, that risk would leave a family without a mother.

The article relays a Polish-language sermon by a conservative catholic priest named Fr. Justin Figa. In the sermon, he details what Majewski sees as a worst-case scenario when no safe access to abortion is available. The sermon itself is meant to be a horror story, with the intent of convincing women to not pursue an abortion. However, Majewski included Fr. Figa’s words because they challenge the narrative of who actually would get abortions.

“When the thirty-one-year-old wife became pregnant with her seventh child in seven years while her husband could barely keep food on the table, a helpful neighbor told her about pills she could buy at the nearby pharmacy,” Majewski writes in the article.

“When these did not work, another neighbor advised her to go to a local midwife, who could commit “infanticide” for fifteen dollars. “The operation is simple, no more serious than getting a tooth pulled,” and was performed in the midwife’s kitchen. Twenty-four hours later, the mother of six came down with a fever, and died within a week. Things like this happen every day.”

Majewski sat down with the Yemeni American News to talk about her research on abortion access in Hamtramck and Metro Detroit. Since it was such a taboo subject back then, she says, her only way into the research was arrest warrants and death certificates.

“When you’re researching abortion, especially back then, it’s really difficult because the only time you know about it is when something goes wrong,” Majewski said. “So you don’t know how many women out there face this situation and found another solution, you only find out about it when somebody dies or somebody gets prosecuted. And I thought it was really important just to humanize those cases.”

Another point that Majewski wanted to stress in her research is that before Roe v. Wade, women were pushing back against social conventions around abortion, even in immigrant communities. In one response to the radio sermon by Fr. Figas, a woman wrote:

“Doesn’t my health mean anything? I’ll raise a daughter, for what? So she can be abused or wander the world in poverty? Aren’t there enough people in the world dying of hunger? I have a son. For what? So the government can give him a uniform, a rifle, and order him into the trenches to murder another person, or be torn apart by a cannonball? I know how my mother cried when my brother went to France and returned in a coffin. Without children I am free and I know that I’m alive.”

For Majewski and many other women, this spirit of resistance against social conventions never ended. As the United States Supreme Court seems to be preparing to overturn Roe v. Wade, leaving states to decide the fate of women’s access to abortion, many women are prepared to fight back. At the root of that fight, Majewski says, is destigmatizing the procedure.

“I think that there’s been a tendency, because of the stigma, to ignore the fact that literally one in four women have had abortions,” Majewski said. “You know people who have had abortions, I’ve had an abortion. So it’s not like that 16 year old girl who, you know, gets taken out of school and whisked away and you never hear from her again. No, they’re your neighbors, they’re your family members or your friends.”