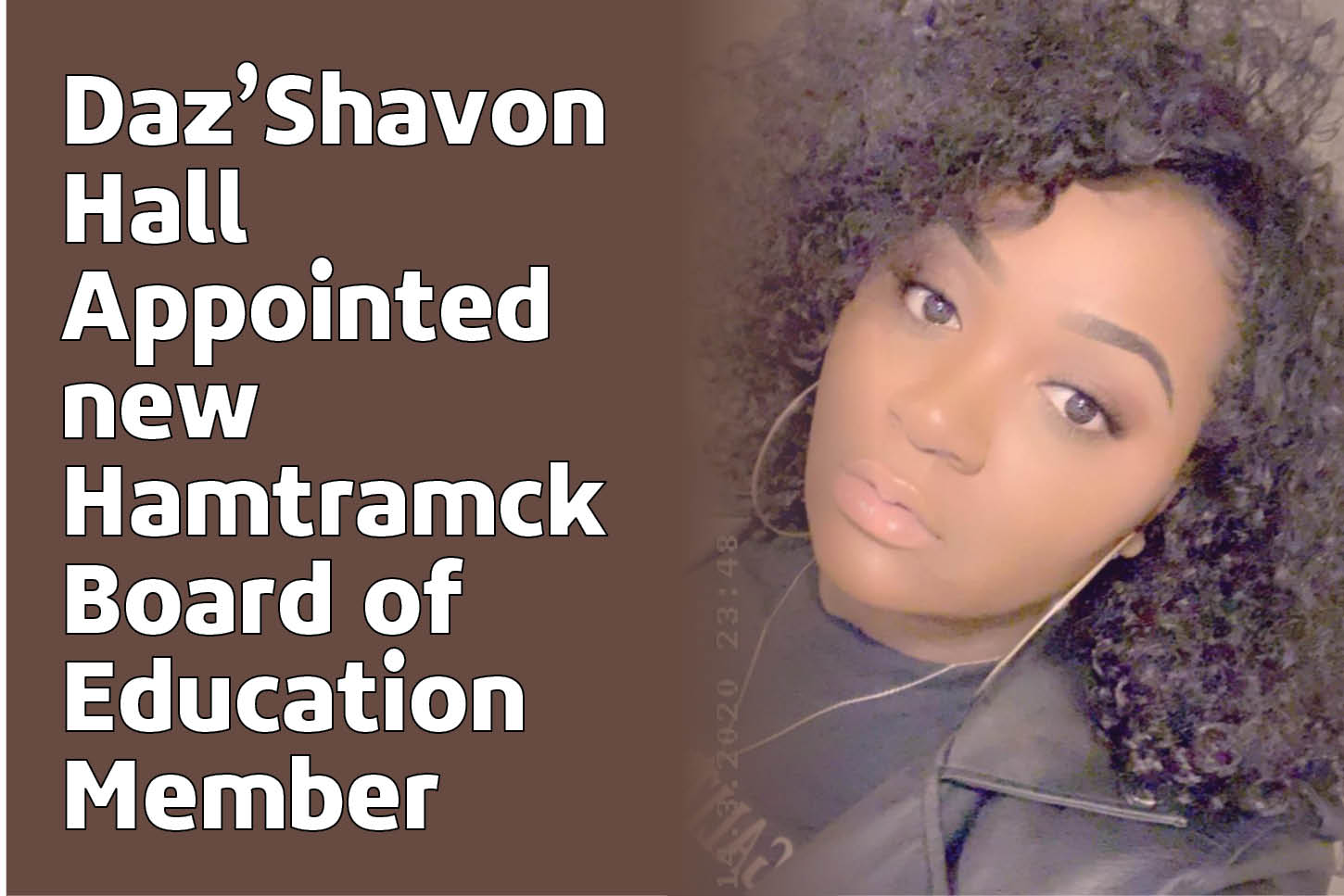 Hamtramck, Mich. – The Board of Education saw a vacancy after Magdalena Srodek resigned from her position last month. In a special meeting held today, the Board of Education appointed Daz’Shavon Hall to hold the temporary post until the next available election, which is this November.

Hall is an alumna of Hamtramck Public Schools. Working for Parks and Recreation in Hamtramck and having attended Wayne State University, her appointment to the Hamtramck Board of Education was approved at an almost unanimous vote, with only one board member voting against her appointment. Ham

For much of the interview process during today’s special meeting, Hall drew from her experience as a former student-athlete.

“I actually used to play basketball for the parks and recreation and I ended up working for the recreation and I just learned a lot of the fundamentals of being a team player,” Hall said during the interview.

In the interview, Hall also focused a lot on the diversity of Hamtramck, which she sees as one of the strengths to Hamtramck Public Schools. But she also sees it as something that should be continuously worked on.

Although there are no right solutions for the COVID-19 Crisis in Public Education, Hall told the Board Members that she would focus on the preventative aspects in order to slow the spread of COVID-19 when schools do open back up. Meaning that teachers should encourage students to wear masks and wash their hands as often as possible.

Hamtramck Public Schools, like many other schools in the State of Michigan, has a lot of challenges as a result of the COVID-19 Pandemic. President Donald Trump wants schools to reopen as quickly as possible, while many within the scientific community are asking the president to rethink his stance on the issue.

Gov. Gretchen Whitmer has also released a plan that emphasizes social distancing and personal protective equipment for when schools do reopen. But schools may look different as Michigan Legislators grapple with how to balance the state’s budget following the economic issues the COVID-19 Pandemic caused.

“Kids will have to grow up to know that racism does exist and that it has existed for a long time,” Hall said.

The list of challenges that the Hamtramck Board of Education has in front of it may grow longer with proposed budget cuts to schools, grappling with institutionalized racism and the question of how reopening schools will be done most effectively. And now that the Board of Education is fully staffed, the real work begins.