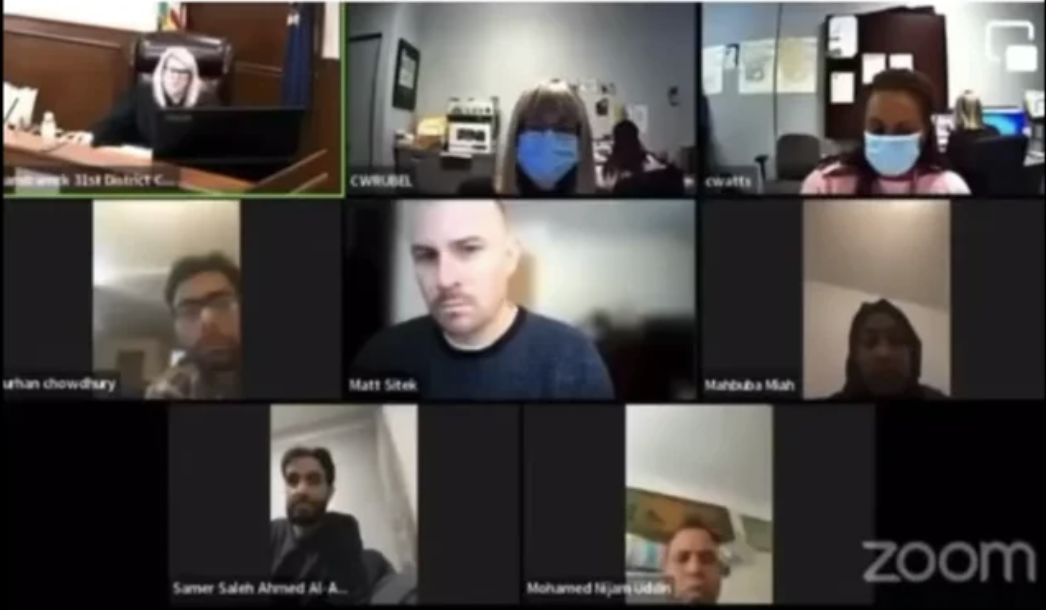 HAMTRAMCK, Mich. – Hamtramck Judge Alexis Krot has issued an apology and self-reported her actions to the Judicial Tenure Commission in response to the backlash from the judge’s courtroom remarks.

“The commission strives to hold state judges, magistrates, and referees accountable for their misconduct without jeopardizing or compromising the essential independence of the judiciary,” reads the Commission’s website. “The basis for commission action is a violation of the Code of Judicial Conduct or Rules of Professional Conduct, which are published within the Michigan Rules of Court.”

In a courtroom session on Jan. 10, 31st District Court Judge Alexis Krot is heard shaming an elderly resident with cancer over a blight case. The man who appeared in court, Burhan Chowdhury, is heard struggling to breathe throughout his responses to Judge Krot.

The case was over the overgrown plants that extended into the alleyway of Chowdhury, who lives in Hamtramck. Because of his medical condition, he was too weak to care for his property on his own.

“You should be ashamed of yourself,” Krot is heard saying to the Chowdhury. “If I could give you jail time, I would. The fine is $100, pay it by February 1. You better get that cleaned up. That is totally inappropriate.”

The Washington Post reports that Chowdhury’s son, Shibbir Chowdhury, was out of the country when his father’s property became overgrown. Unable to help his father in the property’s upkeep, the house fell into a state of disrepair.

A statement from Judge Krot was shared on the 31st District Court’s website. In it, the Judge apologized for the remarks and reports that she has self-reported her behavior to the Judicial Tenure Commission.

“I made a mistake,” reads the statement. “I acted intemperately. I’m very embarrassed that I did so. I apologize to the person who appeared before me and to our entire community for having failed to meet the high standards we expect of our judicial officers and that I expect of myself.

“When someone appears before me and has made a mistake, I expect them to own up to it. I expect nothing less of myself. No ifs, ands or buts: that is the reason I self-reported my behavior to the Judicial Tenure Commission. I had no legal duty to report myself to the Commission, but I did so because, like apologizing to the community, it was the right thing to do. I will continue to hold myself to the standards I set for others.”

The community response has been been mixed, with some people commenting on posts of the statement saying the apology is good enough for them. However, a majority of people say that this should not be accepted, advocating for the judge to be removed or, if not that, voted out of the position at the next election.