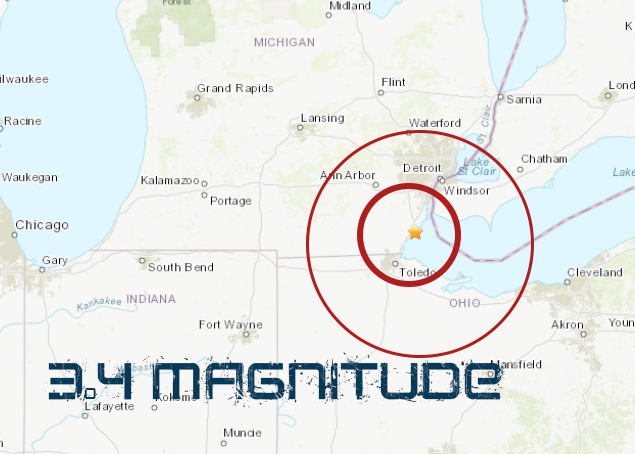 DEARBORN, Mich. – In the ongoing year of hell known as 2020, Dearbornites have dealt with a plague, a presidential impeachment, massive unemployment, the shuttering of local businesses, swirling rumors about the Mayor’s health and now – yes – an earthquake.

The 3.4 magnitude earthquake has been confirmed by the United States Geological Survey, radiating out from Monroe County, Mich. The earthquake shook buildings and disrupted residents lives.

Zahra Ayoub, one of the creators of the “Shawarma Law” meeting trend in Dearborn, went to social media to ask, “So what was the thing that shook the house?”

Jessica Sparrow, a lifelong Dearborn resident, wondered if the shaking was from construction, until she saw comments popping up in local social media groups.

“I thought I felt our house shake around 7, but they’re doing some street work in our neighborhood and didn’t think much of it,” said Sparrow. “I did notice that it was kind of odd though. Someone in a Dearborn [Facebook] group just posted about it, and lots of other people felt it too.”

Residents from all over Dearborn’s east, south and west ends, were chiming in saying they had felt the shaking from the earthquake.

According to the Michigan Technological University’s geology center, a 3.4 magnitude earthquake is considered “minor” and likely to only cause minor damage to objects and no major damage to structures. There are more than 30,000 of them per year across the globe.

In other news, there were 15 new cases of Coronavirus in Dearborn today, the unemployment rate in Michigan is 8.7% and while we have yet to see any frogs falling from the sky, if it happens, we won’t be surprised.