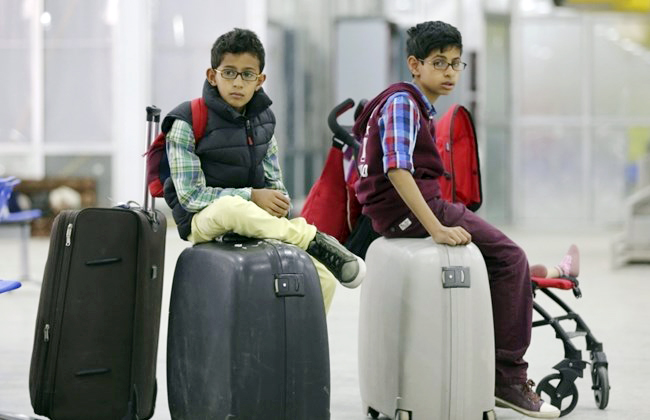 Yemenis who are customers and travelers using either the Royal Jordanian Airlines or transit at Queen Alia International Airport have raised their disappointment over the mistreatment by airport staff at the Jordanian Airports. Customers have taken it to social media to pressure the airline, the Jordanian Ministry of Interior, and the Jordanian government to launch an investigation into the allegations of mistreatment by airport staff to Yemeni travelers. Yemeni known bloggers and social media figures have adopted the campaign, asking for immediate change of policy and an end to the systematic mistreatment by the airport as well as the airline staff. Akil Alhalmi, a Yemen American social activist have produced a few videos outlining the sole purpose of the campaign.

“We just need to be treated just like anyone else, with respect. You pay for the airfare and expect to be treated well.” He adds, “We’re not here asking for much, just simply to get the service expected for the money we pay.”
Shaker Lashuel, another Yemeni American activist have posted FAQs on social networks like Facebook about the campaign. “This is not in any way a boycott of Jordan. We respect the Jordanian people as our brothers and sisters. Boycotting their airline will ultimately make the Jordanian government, airport, and airline change their policies and give the Yemeni travelers the respect they deserve just like other travelers.” He adds, “We’re with Jordan’s right to take all the security precautions; but with also preserving the dignity of the Yemeni travelers without degrading them, treating them with disrespect, inspecting their belongings in the ‘Military section’ causing them to wait in long lines at Queen Alia Airport.”
The campaign enters its sixth day on May 1st and few initiatives have been brought by the Yemeni government. The Yemeni Ambassador deputy in Washington D.C, Mr. Adel Al-Sunaini, has met with the Jordanian embassy and delivered the concerns raised by Yemeni Americans about the mistreatment. Many incidents that have occurred have happened at Queen Alia Airport narrated by many travelers but these mistreatment incidents have increased in the past few months. One of the incidents was the tearing of a Yemeni traveler’s passport into pieces by an airport official.
Another Yemeni traveler, Ahmed Saleh, adds that “Royal Jordanian airlines hiked the prices from Yemen to Jordan, a three hour flight from $200 to $1,500.00 and more, giving the impression of Yemeni travelers that the Royal Jordanian airline is taking advantage of the war in Yemen.” Additionally, he states that, “ Royal Jordanian airline employees steal our valuables from our baggage. This is unacceptable on many levels.”
Many reported missing luggage during their flights via the Royal Jordanian but vastly complained about the disrespectful treatment. The campaign has received impressive echo on social media where people have came out to share their frustration and to tell their experiences with the Queen Alia Airport and the Royal Jordanian airline. The Royal Jordanian was contacted for a comment but hasn’t returned a response at the time of publishing of this article.