Yemeni artist turns photos of war into message of hope 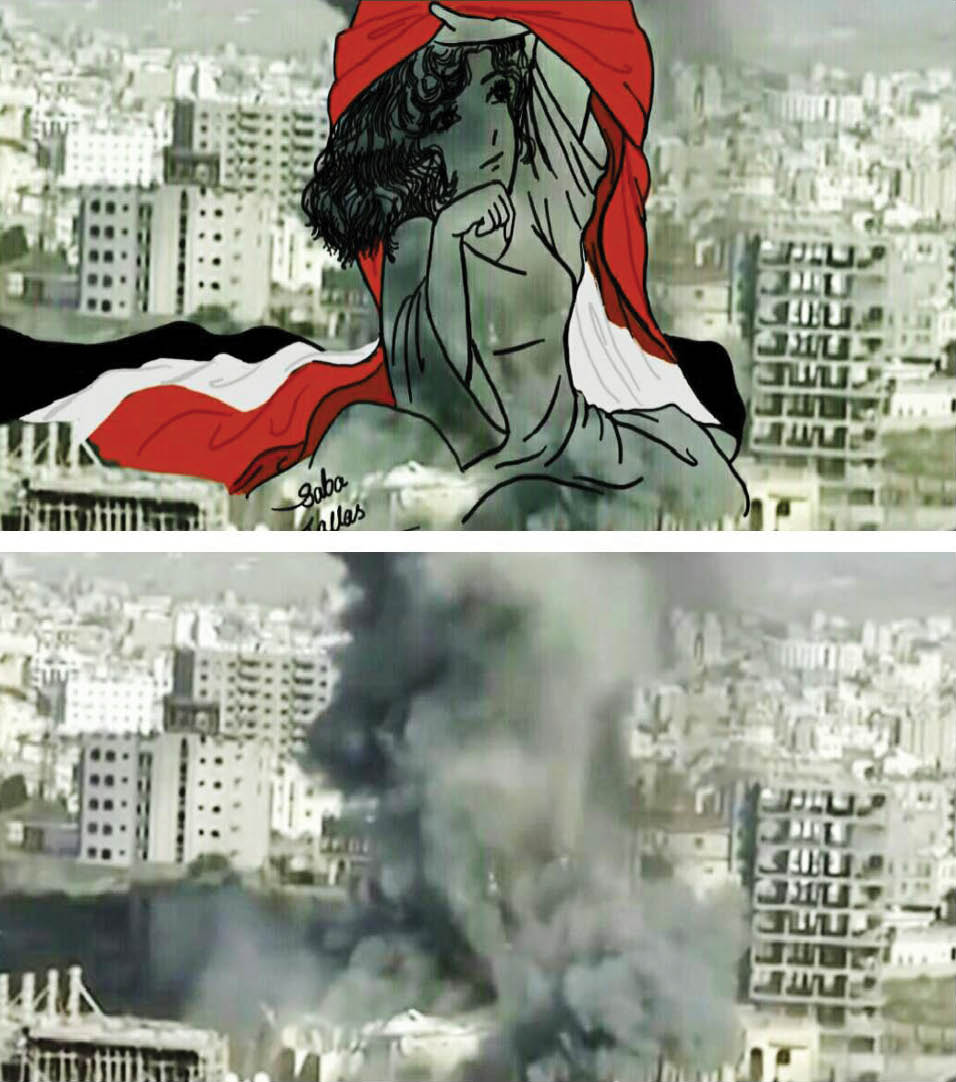 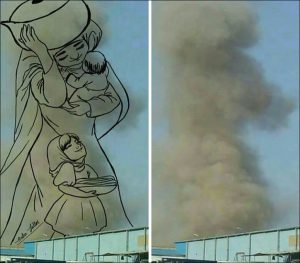 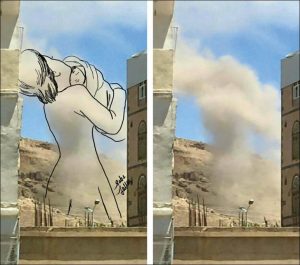 The young woman in the photo is lifting a large Yemeni flag off her head, leaving it covering parts of the background behind her. And though the melancholy is apparent in her eyes, there is an unmistakable vibe of hope about her as she she looks away into the horizon, the future.
She is painted against the backdrop of a skyline. Her figure is only outlines. The smoke from an airstrike is the color of her dress.
Yemeni artist Saba Jallas has been transforming photographs from the carnage of the war in her country into images that celebrate human life that is suffering under the violence.
“It is crucial to contribute to strengthening the culture of hope for people,” Jallas told the Yemeni American News.
“The reality of the war is catastrophic. And daily the state of the humanitarian conditions shock me. Therefore, hope is so essential for people to overcome the effects of the war. That’s what my art is about.”
Jallas has garnered international fame in her quest to fight despair in what has been described by the United Nations as the world’s largest humanitarian crisis. In turn, she has used this fame to aid her people.
She works to sell her art in order to raise funds for charitable projects that help Yemenis.
Jallas said she is usually an optimistic and positive person, but after the war started in 2015, the horrors of the war started to get to her.
Art helped her grapple with the realities of the war without turning to hopelessness.
In a way, Jallas says, the message of hope in her art is directed to herself.
The paintings seem to point to the powerful and cheerful complex lives that get simplified into victims after the bombs fall.
“The war, we feel its agonies, but there is no other option except hope,” she said. “Life must proceed.”
Since the Saudi-led coalition started its bombing campaign in Yemen, the war has led to the death of thousands of people and brought the country into the verge of famine.
Jallas has been drawing since she was a kid. She says she was impacted by Palestinian art, but while Palestinian artists highlight perseverance, hers focuses on hope.
The artist says the conflict in Yemen can be a lesson for the rest of the world that war does not solve anything.
Her goal, she added, is to promote human values that counter the narrative of violence.