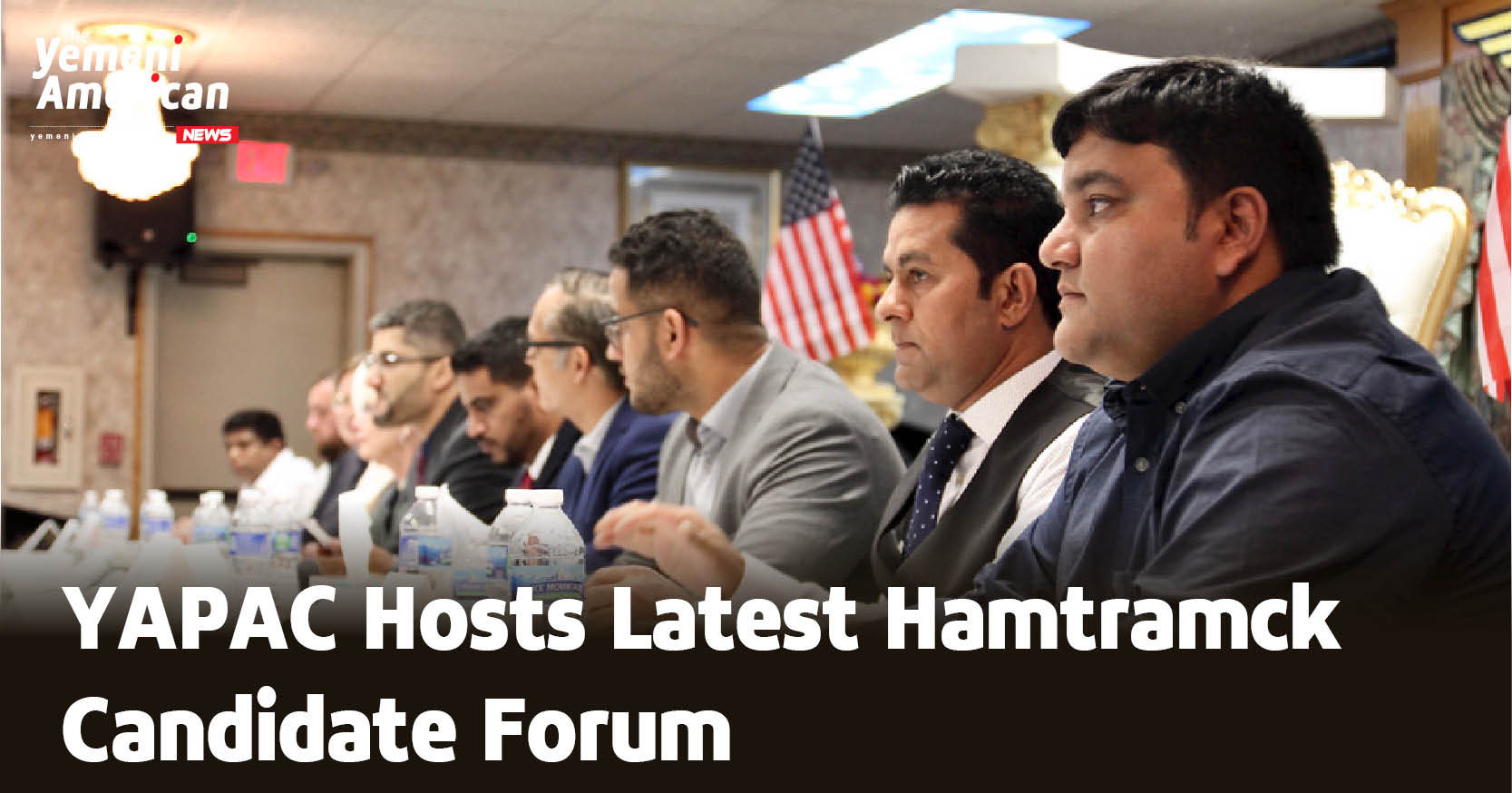 Sam Alasri, Chairman of YAPAC said the primary goal of the forum was to offer voters an opportunity to engage with each candidate’s ideas. Rather than looking to make endorsements, the political action committee wanted to “educate the community” on the candidates’ stances.

“The goal for YAPAC is more for educating the community, and letting them understand, so they could vote for the person when they understand their platform,” Alasri said.

Each city council and mayoral candidate sat next to each other as they went through the questions from moderators Abraham Aiyash – State Representative for the 4th District which includes Hamtramck – and Ahmed Alduwaisi, a lifelong Hamtramck resident.

Each candidate lines the long table, where all of them discussed public safety, the budget, and the city’s aging infrastructure. Most candidates had ideas, while a few talked about taking these issues very seriously without offering much elaboration.

On public safety, Mayoral Candidate Kamal Rahman proposed issuing a community service requirement for speeders in Hamtramck. This, he thought, would allow speeders to see the relationship between their actions and the broader Hamtramck community.

City council candidate Khalil Refai tied this issue with the city’s broader budget challenges, saying that more police officers are needed in order to make the streets safer from speeders. Remembering a time when the city could afford a larger police force, Refai says the old police numbers helped the city.

“When there were more officers on the roads, we really had to think twice before doing something stupid,” Refai said.

During the mayoral debate, candidates talked their way through the budget shortfall – one of the most pressing challenges for Hamtramck. Each candidate proposed a different angle, with Incumbent Karen Majewski and Councilman Saad Almasmari pointing to the need for a Hamtramck that’s more attractive to investment.

“We cannot cut our way out of a problem,” said Mayor Karen Majewski. “…It comes from building on what we have.”

Although each candidate agrees that tax compliance may be at the root of Hamtramck’s budget challenge, there are a number of different ways each candidate would approach this issue. Both Mayor Majewski and Dr. Amer Ghalib believe this is an issue with education. Asm Rahman says simplifying the tax code and adequately staffing the city’s tax work will put more money toward the budget. Councilman Almasmari, who at one point owed more than $3,000 in taxes to the city of Hamtramck, says this is a problem with taking responsibility, saying “If you want services, you have to pay taxes.”

Other questions asked about the challenges of such a racially and religiously diverse city, the problem of trash around the city, and solutions to the city’s aging infrastructure.

Chairman of YAPAC Sam Alasri seemed optimistic about the candidates, but didn’t shy away from the realities of the city’s future.

“The public in Hamtramck, they deserve something better,” Alasri said. “We’re facing many challenges in Hamtramck, especially Hamtramck and Detroit every day. And we need to be in a better place to fix it. That’s why we’re doing more education.”