Why half the Republican candidates for Michigan Governor were disqualified. 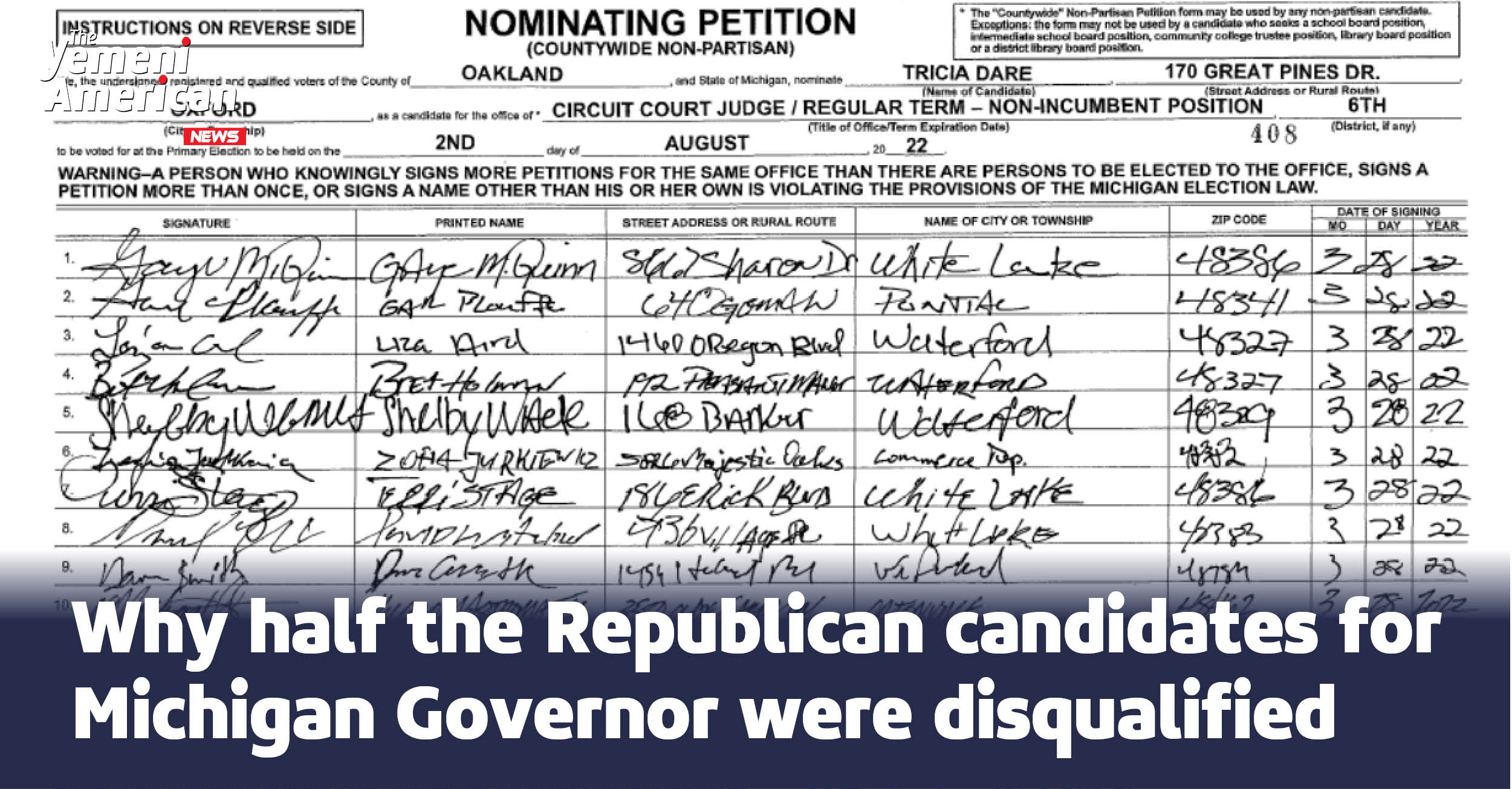 Lansing, Mich. – The Michigan gubernatorial race has changed dramatically over the past week. In response to allegations of signature fraud by contractors for five republican candidates, the Michigan Board of Canvassers has voted to remove those who they estimate did not gain the necessary signatures for a viable campaign.

At the root of this debacle is a contractor, First Choice Contracting LLC, which hired 36 petition circulators among those who gather signatures for campaigns and proposals. Shawn Wilmoth, the independent political consultant who heads First Choice Contracting, has been in trouble before. In 2011, Wilmoth and employees Cheryl Simmons and William Cockerham were arrested for voter fraud in Arlington Virginia.

“I was accused of knowingly hiring individuals with felonies and directing them to circulate petitions even though they were not legally eligible to do so under Virginia law,” Wilmoth said. “The law that I was accused of violating has since been overturned as unconstitutional since my conviction.

“The truth is, there are many people that make a once in a lifetime mistake, and that shouldn’t make them a criminal for life. Due to the nature of my conviction, I have to go the extra mile in everything I do so that people don’t question my integrity.”

However, in Michigan’s gubernatorial race, the candidates who hired First Choice Contracting, a list that included the Republican frontrunner James Craig, learned that the Bureau of Elections had found an unprecedented amount of fraudulent signatures in qualifying petitions.

“Although it is typical for staff to encounter some signatures of dubious authenticity scattered within nominating petitions, the Bureau is unaware of another election cycle in which this many circulators submitted such a substantial volume of fraudulent petition sheets consisting of invalid signatures, nor an instance in which it affected as many candidate petitions as at present,” the report reads.

Because of what a Michigan Bureau of Elections report calls “fraudulent petition sheets,” the Board of Canvassers has voted to remove frontrunner James Craig, Perry Johnson, Michael Markey, Michael Brown and Donna Brandenburg from the Republican primary ballot. The Bureau of Elections says that it’s more likely that candidates were unaware of the fraudulent activity than not.

The report comes from an anonymous tip sent to the bureau of elections. After an email was sent to the Bureau alleging that two judicial candidates used what was already identified by the bureau as fraudulent petition circulators, the bureau investigated the petitions and found widespread evidence of signature fraud in 10 campaigns and proposals.

The Bureau of Elections has said that it needed a different approach because of the extent of fraudulent activity. Instead of reviewing individual signatures, the sheets that were circulated by fraudulent circulators were separated and checked sheet-by-sheet.

“To verify that these fraudulent petition sheets did not include sheets or individual signatures that were actually valid signatures submitted by registered voters, staff conducted a targeted signature check of signatures across each circulator’s sheets for each candidate to confirm that these circulators’ submissions in fact consisted of fraudulent sheets with invalid signatures,” the report reads.

Candidates have criticized this approach, with Republican frontrunner James Craig calling for the Bureau to reject signatures on a case-by-case basis.

“It was clear during the testimony [at the board of canvassers meeting] that the BOE staff did not perform its legal obligation to reject signatures on a line-by-line basis against the Qualified Voter File,” reads a press release from James Craig’s campaign. “Rather, they rejected whole pages based on their own determination of fraud… We are confident that when the law is justly applied, our campaign will be on the ballot this August.” 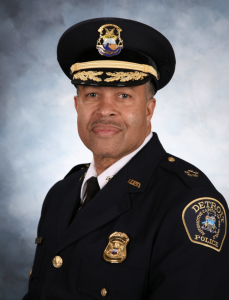 Former Detroit Police Chief James Craig was among those disqualified by the Michigan Board of Canvassers. (Photo Courtesy of James Craig’s Campaign website)

Michigan Republican Party Chief of Staff Paul Cordes also echoed this sentiment in his public comment to the Board of Canvassers.

“I don’t refute that systematic fraud occurred,” Cordes said. “But both the law and Secretary Benson’s own guidance on evaluating signatures prohibits the wholesale rejection of pages of petitions and tens of thousands of signatures without review.”

The Bureau has said that this amount of fraud is exceptional, requiring that the process be changed in order to account for the “unprecedented number of fraudulent petition sheets.”

“Because of the unprecedented number of fraudulent petition sheets consistent of invalid signatures identified during the initial review of petition sheets submitted this election cycle, and the fact that the same fraudulent-petition circulators submitted petition sheets for many different candidates, it was not practical to review these sheets individually during the course of ordinary face review and challenge processing,” the report reads.

Currently, a number of appeals have already circulated through the Michigan Court of Appeals, all deciding that the disqualified candidates cannot appear on the ballot in August.