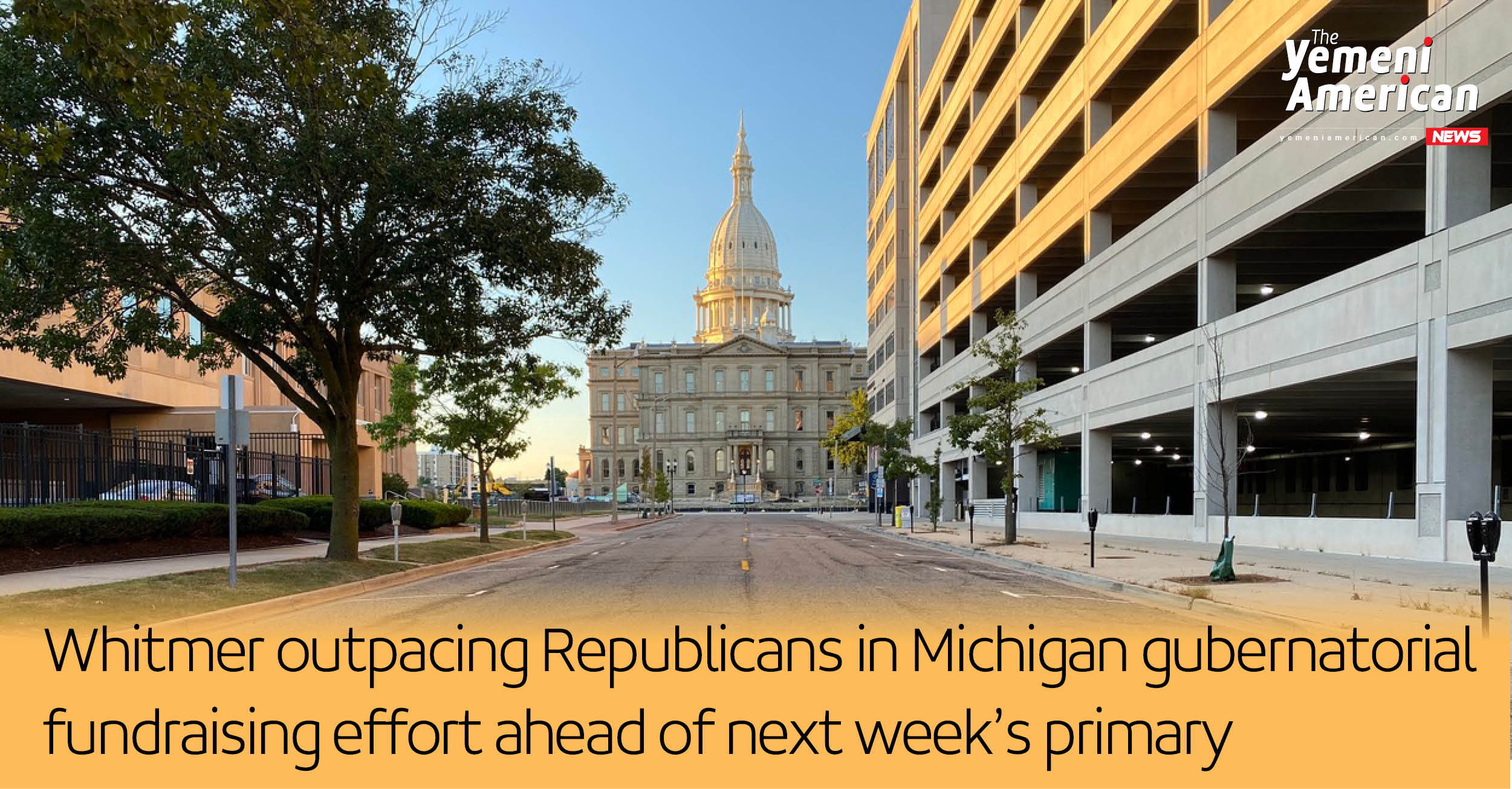 It’s no contest in the Michigan gubernatorial fundraising efforts. With more than $14 million cash-in-hand ahead of the primary, Whitmer far outranks the combined efforts of her Republican challengers.

The Republican ticket for Michigan Governor has been riddled with controversy. Half of the candidates have already been disqualified because of a nominating petition scandal in May. It’s important to note that the candidates were not aware of signature fraud when the contractor they used was accused of fraud.

Now, the remaining candidates are making a meager effort in fundraising numbers. Combined, they don’t come close to half the funds that Whitmer currently has at her disposal. Combined, the Republican candidates for governor have garnered a total of $4,213,115.

Next is Garrett Soldano, who gained $1.37 million for his campaign. Soldano, who believes that Michigan’s elections were fraudulent, calls for a full forensic audit of the 2020 election, a common talking point for garnering an endorsement from former President Donald Trump.

Ralph Rebandt is the trailing candidate. Ranked last in polling numbers as of last week, Rebandt is also second-to-last in fundraising efforts. With his $234,000 in campaign contributions, the pastor from Woodhaven, Mich. is one of the least likely candidates to make it past the primary.

Trailing last in fundraising is candidate Ryan D. Kelley, who raised just under $100,000. His campaign is also rife with controversy as he’s about to stand trial for misdemeanor charges related to his role in the Jan. 6 insurrection.

Whitmer’s Popularity and the Republicans Lack of it

With many of the former frontrunners gone from the Republican race, voters are being asked to consider what’s left of the field. Stemming from a contractor who turned in fraudulent nominating petitions, the former frontrunners of the race that included James Craig, former police chief for Detroit, will no longer have a chance to appear on the ballot.

This left Whitmer with a good chance for re-election. And with no Democratic challengers to Whitmer’s candidacy, the campaign contributions have been rolling in. According to a press release provided by the Whitmer campaign, the governor has received almost $30 million in contributions.

“Governor Whitmer is fighting to cut costs for hardworking Michigan families, strengthen public education, repair roads and bridges, and create good-paying jobs,” Coyle said. “Our campaign is proud to have the support of Michiganders in every single county as Governor Whitmer keeps working with anyone to deliver on kitchen table issues that matter most.”

Whitmer’s popularity shows that she has a strong position leading into the Primary Election on Aug. 2. However, with criticism surrounding Whitmer’s treatment of the COVID-19 pandemic and massive spending during the height of state-wide lockdowns, a Republican candidate does have a very real chance once a candidate becomes clear after the Primary.