What does it have to do with Michigan? How Roe v. Wade is impacting the Great Lakes State. 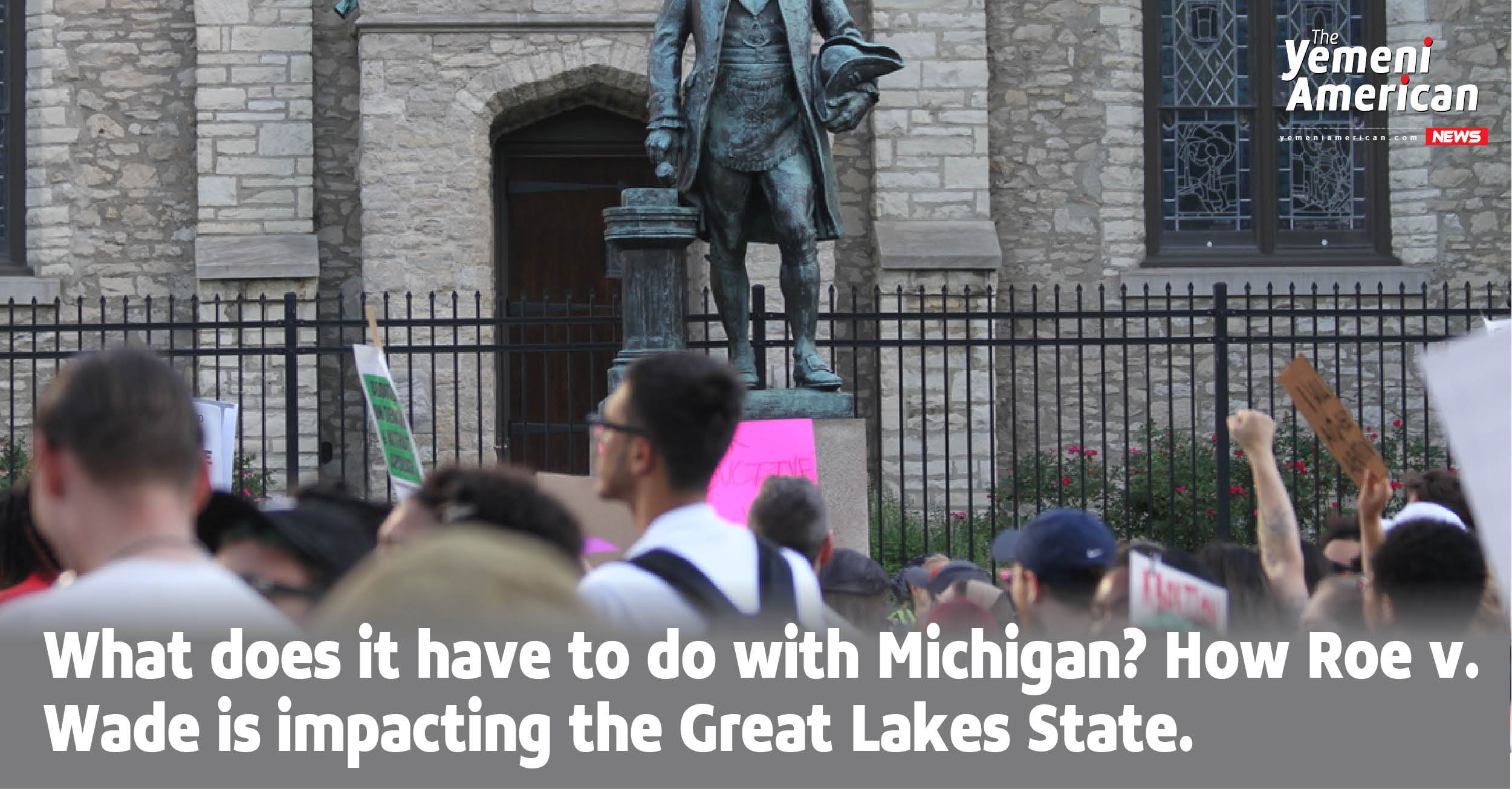 From the first glimpse at the Supreme Court’s intentions for Roe v. Wade, officials in Michigan have been working to overturn the 1931 law that criminalizes abortion in the state. With an injunction preventing the law’s going back into effect for now, Governor Gretchen Whitmer has been challenging the state’s Supreme Court to determine the constitutionality of the 1931 law.

At the root of the debate is the 1931 law – Michigan Act 328 of 1931 – stating that “Administering drugs, etc., with intent to procure miscarriage” is a felony under Michigan Law. Like many other states, Michigan has what’s known as a trigger law – specifically Act 328 – that goes into effect upon the overturning of Roe v. Wade.

However, a Michigan Court of Claims judge has issued a temporary injunction on the trigger law, effectively preventing its enforcement until the Michigan Supreme Court “resolves the case in full.”

Abortion is still legal in Michigan, but only for now.

“The Court hereby concludes that the balancing of the pertinent factors weighs in favor of granting preliminary injunctive relief,” reads a May ruling by Judge Elizabeth Gleicher. “The motion for a preliminary injunction is granted as described herein, and the defendant is preliminarily enjoined from enforcing [Act 328].”

In Planned Parenthood of Michigan v. Attorney General of Michigan, the state’s Court of Claims concluded that the 1931 law could not be enforced, even if Roe v. Wade was overturned. Now that the Supreme Court holds that abortion is not a federally protected right, the injunction prevents the state of Michigan from enforcing the 1931 law.

Although the lawsuit was directed to Attorney General Dana Nessel, there’s an indication that Nessel agrees with the premise of the suit. In fact, Nessel told NBC News that she has no intention of enforcing the 1931 Abortion Law.

“I refuse to enforce this draconian law that will endanger lives and put in jeopardy the health, safety and welfare of the lives of each and every woman in the state of Michigan,” Nessel said. “The radical and extremist position of the Republicans in our state and all around the country completely contradicts with what the public wants, and it really does place the lives of women in jeopardy.”

Along with Planned Parenthood’s legal challenge, Governor Gretchen Whitmer has filed her own suit in hopes that the Michigan Supreme Court will clarify the constitutionality of the state’s 1931 abortion ban.

The lawsuit seeks to determine the constitutionality of the 1931 abortion law, which she argues violates the right of women to due process, “which provides a right to privacy and bodily autonomy that is violated by the state’s near-total criminal ban of abortion,” reads a press release.

Since filing the lawsuit, Whitmer has used executive privilege to attempt to expedite the Supreme Court’s ruling on the issue.

“I filed a motion urging the court to immediately take up my lawsuit to protect abortion in Michigan,” Whitmer said. “We need to clarify that under Michigan Law, access to abortion is not only legal, but constitutionally protected. The urgency of the moment is clear – the Michigan court must act now.”

The argument for speeding up the process is clear. With a temporary injunction that stops any enforcement of the 1931 abortion ban, the Michigan Supreme Court’s opinion is needed in order to direct how Michigan will enforce the law. And without that opinion, many democrats in Michigan think the uncertainty will have a profound impact on the lives of women.

“By holding that the federal constitution does not protect the right to abortion, Dobbs has deepened the uncertainty about the enforceable scope of Michigan’s criminal abortion ban,” reads Whitmer’s motion. “So long as this uncertaintly persists, it will work to deny Michiganders their rights under the Michigan constitution and have profound and irreversible consequences on Michiganders lives.

“The court is the only forum with the power to fully resolve that uncertainty and conclusively settle whether Michigan’s criminal abortion ban violates the Michigan constitution.”

Whitmer, Nessel and other officials in Michigan’s government began acting soon after the Supreme Court Leak. Now, they see the courts as their first attempt at clarifying the laws surrounding abortion access in Michigan.

“With the U.S. Supreme Court decision, Michigan’s extreme 1931 law banning abortion without exception for rape or incest and criminalizing doctors and nurses who provide reproductive care is poised to take effect,” Whitmer said.

“If the 1931 law goes into effect, it will punish women and strip away their right to make decisions about their own bodies. That is why I filed a lawsuit in April and used my executive authority to urge the Michigan Supreme Court to immediately resolve whether Michigan’s state constitution protects the right to abortion.”