What Does Hamtramck Think of the National Election? 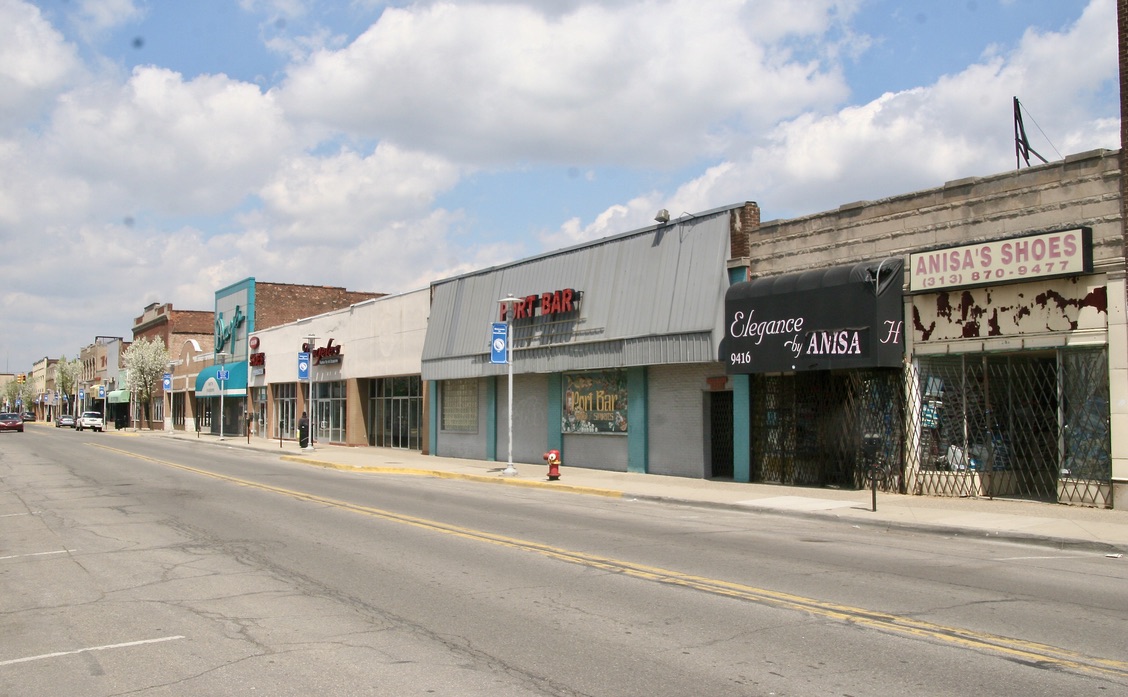 Today is Election Day in Hamtramck. People from all over the city will be going to their precinct to cast a ballot for the next President of the United States, the next leaders who will support the work of Local, State and National Government, along with a number of proposals to guide the decisions of each government.

Yesterday, the Yemeni American News reached out to people throughout the city to understand their thoughts on the decision that’s about to be made. People’s attitudes range from disengagement to full-on challenges to this country’s direction. But for one shop owner, he says he’s almost sure he’s not going to vote.

There’s a system in place, he says, that doesn’t allow the president to make the radical changes that are needed for this country. For him, the president doesn’t matter. One of the challenges he sees is the broad network of interests across the United States. He says there can’t possibly be a perfect candidate because so many people hold so many complicated priorities.

At the end of the conversation, he adds, jokingly, “May God’s Mercy help us tomorrow.”

Sitting in one of the restaurants, another person who emigrated from the former Yugoslavia is anxious about how people may respond to the election results tomorrow. He says that he’s seeing much of the same issues with the conflict that ravaged the country during the 1990s. “It was because of Nationalism,” he says. “The same kind that we see in many Trump Supporters.”

He describes his politics as leaning toward Democratic Socialism. Something he saw a lot of when he lived throughout Europe. “If you want to de-radicalize a country, you need to make sure their needs are met,” he says. In his view, the challenges of Nationalism in the United States has a lot to do with the 2008 financial crisis, in which many still haven’t recovered financially.

The man in the Café isn’t anxious for the future, though. He says he’s been seeing promise in the young people to change the system as they need. “It’s an uphill task to come together and to reverse all of the policies that this government has done,” he says. “But for the sake of themselves, for the sake of their future, and for the sake of their children’s futures, it needs to be done. It can be done.”

At one of the many convenient stores around Hamtramck, a worker says that he’s made his plan to vote. He’s leaning toward Biden and Senator Gary Peters. His main worry, though, is a peaceful transition of power. “We need someone else to make sure that power is either peacefully maintained with Trump, or peacefully transitioned to Biden,” his coworker says.

The coworker says that he’s frustrated with the political parties in the United States. For him, there just isn’t enough nuance in each political party. “There’s black politics, and there’s white politics,” he says. “Me, I’m conservative on some things and I’m liberal on others. We need more grey politics.” 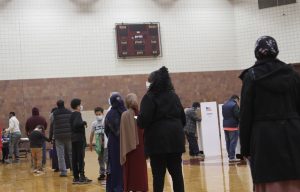 People interviewed for this story asked to remain anonymous. Many said they feared backlash from work, or for their business. Others said they just didn’t want the attention. In a city that is home to a majority of people who follow the Islamic Faith, political discourse can be a little more difficult to fully participate in as Anti-immigrant sentiment oftentimes puts an unfair challenge on people’s political beliefs.

Back in 1999, an outside group filed a complaint against City of Hamtramck for what they saw as a failure in preventing voter intimidation as people forced women wearing hijabs to present their IDs to them because of anti-immigrant sentiments. The complaint has long been resolved, but some people still believe the sentiment in the city remains. 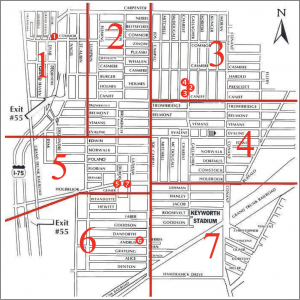 Polls throughout the United States Close at 8pm tonight. However, because of the COVID-19 pandemic, there’s likely to be no mathematically certified election results tonight. The Associated Press, one of the wire services that is among the most trusted in the journalism industry, states that they do not announce a candidate’s winning the election until “there is no available path to victory for their opponent.”

There have been some elections that the Associated Press never published a winner, like the hotly contested results between former Vice President Al-Gore and President George W. Bush. For most municipalities, the election results just won’t be known for the coming days.

In Detroit and Hamtramck, groups are holding rallies to make known how they feel about the election being called by a candidate prematurely. Tomorrow, Detroit-based groups will hold a march that will call for no election results being published until all ballots are counted. In Hamtramck, a similar event calling for the same goals will happen on Thursday.

In the meantime, after you’ve made sure your vote is counted, election officials ask for people to be patient for the results. If a candidate says they’ve won, it’s important for people to check multiple sources with conflicting viewpoints.

The Yemeni American News will keep looking at results. Once there is a reliable percentage of voters counted on certain issues, we will make sure to report the results.