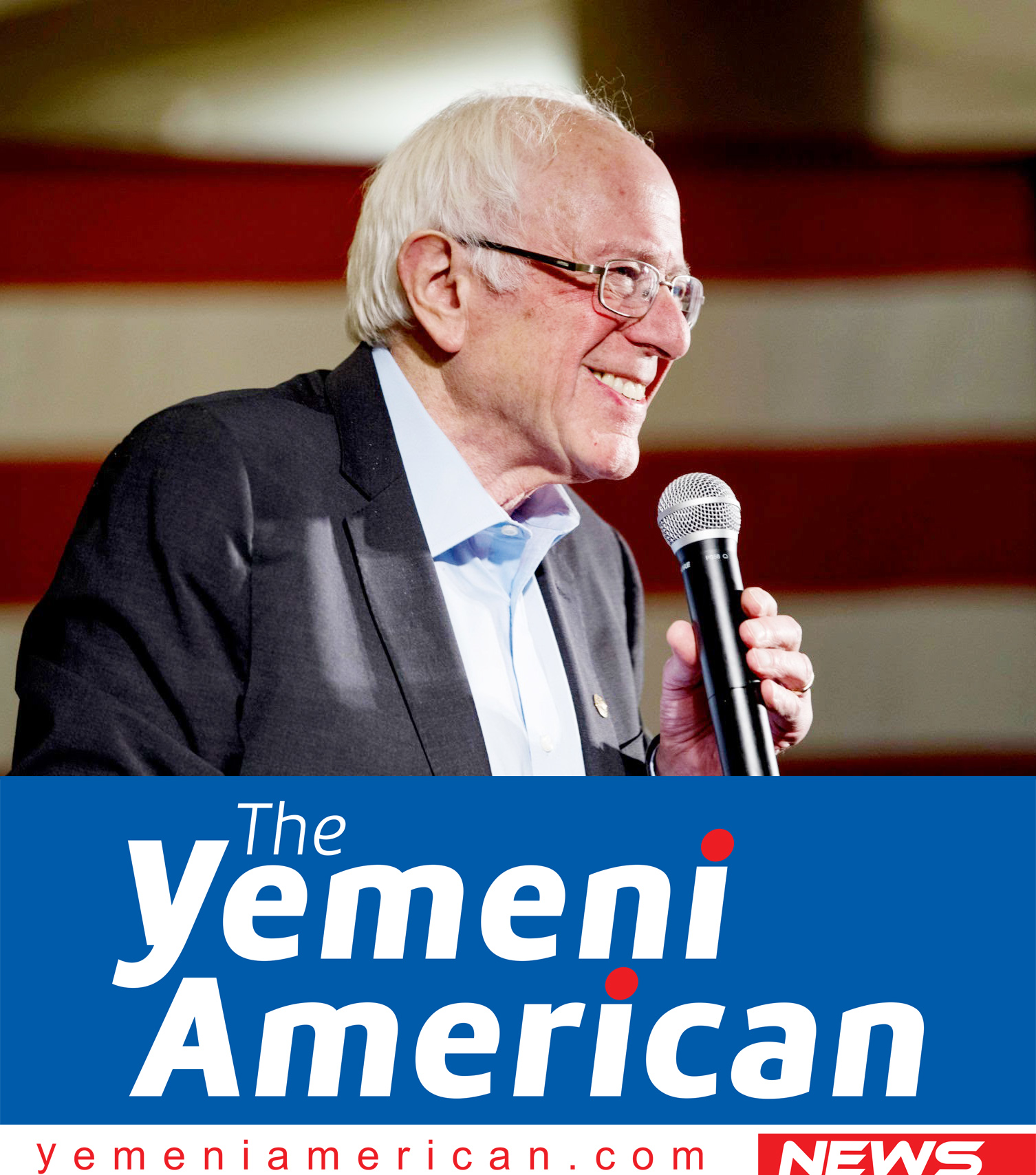 Difficult times require bold leadership. Half-solutions make problems worse. And the real change in Washington is not possible without a popular movement that includes everyone.

That’s why the Yemeni American News is endorsing Senator Bernie Sanders for president.

Sanders is not a traditional politician; he is a fierce and honest leader channeling the pain and dissatisfaction of millions of Americans who have been forgotten and dismissed for far too long.

He is the best choice to be on top of the Democratic ticket to unseat President Donald Trump in November – for America and especially for Arab and Muslim communities.

Sanders’ movement is based on social justice, with no room for bigotry or pandering.

Sanders’ policies work best for our community. The future of Arab America does not lie with self-appointed leaders and opportunistic politicians; it is in the classrooms at public schools in Dearborn, Hamtramck and other cities around the country.

Sanders has vowed to increase the pay of teachers and adequately fund public education, which has suffered for years from cuts and austerity measures.

This proposal benefits all Americans, but it resonates with us as a community, with a growing youth demographic. His plans for tuition-free colleges and canceling student debt would lift a burden off the shoulders of millions of working-class families. It would also spur economic growth by ensuring that everyone has access to the kind of education and training needed to compete in the increasingly global job market.

Healthcare is a human right. This should not be a political matter.

In the richest country in history, we can afford hundreds of billions on military spending each year and award billions in corporate subsidies and tax-cuts, but when it comes to the well-being of our citizens the first question that arises is: “How are you going to pay for it?”

A recent study by Yale researchers indicates that not only will Medicare for All pay for itself, it will end up saving millions of dollars and – crucially – thousands of lives. Working-class people’s access to preventive care and early detection will inevitably reduce more costly treatments for advanced illnesses.

Healthy people will mean more productivity within the broader economy, and the gigantic profits of the insurance industry will not be factored into healthcare costs. Medicare for All will also allow the government to negotiate lower prices with providers on our behalf eliminating the absurdly high costs of care and prescription drugs.

Our healthcare system is broken. Medicare for All will fix it.

Sanders’ emphasis on pursuing a global approach to foreign policy that prioritizes human rights and cooperation is indicative of his commitment to the same principles of justice that he backs at home.

The senator has been floating the seemingly unorthodox idea of bringing Saudi Arabia and Iran together to help resolve the outstanding issues in the Middle East. That proposal may seem alien to the policymakers in Washington, but it could prove to be an ingenious one.

Misery is unfolding across the region because of the rivalry between Riyadh and Tehran. Hundreds of thousands have died as a result of the two countries’ proxy wars. Yemen is the largest humanitarian catastrophe in the world partly because of Iran and Saudi Arabia’s inability to resolve their conflicts peacefully outside of their neighbors’ borders.

The traditional approach in Washington has not been working. In fact, it has led to the current disastrous that is now status quo. What Sanders is proposing, helping broker talks between Riyadh and Tehran, is bold. And that is exactly what we need to face the complicated challenges in the region – courageous, new solutions.

On the question of Palestinian human rights, Sanders provided by far the best answers.

The senator has vowed to impose conditions on aid to Israel to help end the occupation and alleviate the humanitarian situation in Gaza.

As a proud Jewish-American, he embodies the fact that criticizing the Israeli government, which he has called racist, is not antisemitic. And while he does not support the Boycott, Divestment and Sanctions (BDS) movement, Sanders has vowed to protect the constitutionally protected right to boycott.

Sanders is calling for a sane policy that treats both Israelis and Palestinians as human beings, which should be a default position but appears radical in the skewed politics of Washington.

Many members of our community – who have suffered a lot under the current administration – worry about Sanders’ chances against Trump in November. Electability ranks among the top priorities of Democratic voters this year.

But the electability of a candidate cannot be determined by the same political operatives and commentators who have gotten it wrong so many times over the past 20 years.

There is a gulf in perceptions between the elites and the voters. The candidacy of Donald Trump was laughed off and dismissed by the so-called experts in 2016 until the moment he won the elections.

The same pundits who told Democratic voters that Hillary Clinton is the electable candidate last time are sounding the alarm about the prospects of a Sanders’ nomination in 2020. They were wrong in 2016, but they shouldn’t be wrong now.

The Arabic saying goes: Whoever tries what’s been tried, his brain is broken.

The Democratic Party tried a centrist, establishment candidate, and we know how that’s turned out. Only an energetic progressive agenda can counter Trump’s right-wing pitch to voters.

If you appease Trump on policy, you may as well give in. Voters admire resolve and principles, two things that Sanders offers.

While Sanders gets smeared by his rivals as an angry ideologue, his history in Congress proves that he is an effective statesman. And Yemenis know that.

Last year, the Vermont senator teamed up with Mike Lee, a staunch conservative Republican, to push through a resolution to end US support to the Saudi-led coalition’s war in Yemen. Although the resolution was eventually vetoed by Trump, it brought attention to the suffering in Yemen and demonstrated Sanders’ ability to operate in a bipartisan way.

Moreover, when he was in the House of Representatives, Sanders passed more amendments in the Republican-controlled chamber than any other legislator, earning him the title of “amendment king.”

Finally, and perhaps most importantly, Sanders is the best choice to combat climate change.

Time is running out for humanity. Drastic decisions must be made to transform our economy and energy systems before it’s too late. This is not a policy debate that affords political jockeying. Natural disasters are already decimating towns and displacing millions around the world.

Last year was the second hottest year on record, slightly behind 2016. In February, temperatures in Antarctica reached a new all-time-high at over 65 degrees Fahrenheit. This is frightening.

Sanders is the only candidate conveying the sense of urgency we need to confront this danger, while working to make sure we have a habitable planet left for our children to inherit from us.

The Vermont senator also knows that global warming is a global problem that requires global solutions. He is proposing global coalition working together to combat it.

In 2008, Hillary Clinton ran a TV ad during her primary campaign depicting children sleeping when a phone rings in the White House indicating “something is happening in the world.” It went on to argue that voters deserve a true leader to respond to that hypothetical threat.

This time, the threat is real, and it’s an existential one. We deserve a president who can answer that urgent phone call, and that is Bernie Sanders.