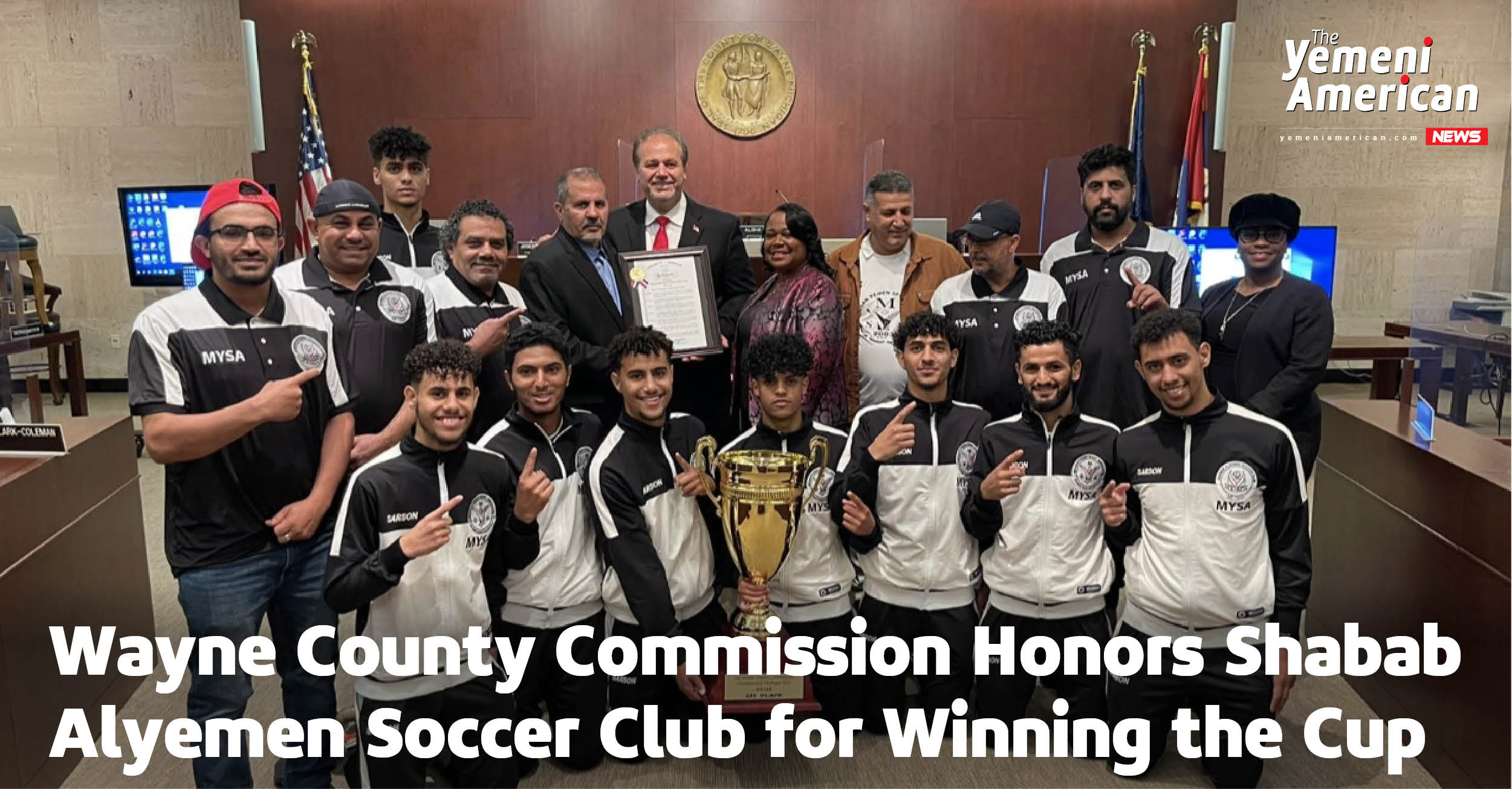 Shabab Alyemen is part of the Michigan Yemen Sports Association (MYSA), and has supported thousands of youth members throughout the Dearborn community since 1999.

Mohammed Nasser is the founder of the Shabab Alyemen Soccer Club.

When asked was it like to be honored by the Wayne County Commission, Mr. Nasser said, “It was a privilege and an honor to be recognized by them. We respect the way they welcomed and congratulated us into the Wayne County hall. We would like to give a special thanks to Mrs. Alisha Bell, Mr. Sam Baydoun, and all of the members of the Wayne Commission for their generosity and for all they did to honor the club.”

Commissioner Sam Baydoun was one of the main organizers of this celebratory event.

When we asked Commissioner Baydoun why was it important to give the team the recognition, his response was, “I feel the team and the organization deserves the recognition because of their involvement in the development of our youth through the beautiful sport of soccer.”

Commissioner Baydoun continued by saying what made him most proud about the team was “Their commitment to our youth, and their organizational skills and their soccer skills on the field.” 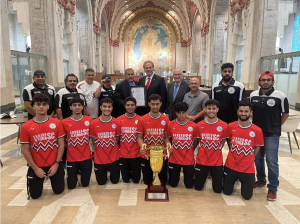 All games were played in Hamtramck and Dearborn.

After making it to the finals in last year’s tournament and falling short to Hamtramck City F.C., Head Coach Mohamed Alriyashi and the Shabab Alyemen players were able to get the job done and keep the trophy in their home state of Michigan.

The Dearborn based Soccer team faced off against another Dearborn team, AIM Michigan S.C., in the championship game. It was a nail biter all the way until the end. The score was tied 1-1 after extra time, so they needed a shootout to call the game. That’s when Shabab Alyemen took control and won the shootout 5-3.

When we asked Mr. Nasser what made him most proud about winning the cup, he said, “Winning the cup against really good soccer clubs from all across the country. And, while doing so, we were able to go undefeated in the tournament as well.” 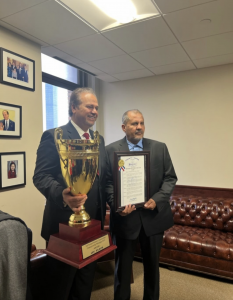 Wayne County Commissioner Sam Baydoun (left) gives the founder of the Shabab Alyemen Soccer Club Mohammed Nasser (right) the resolution letter which highlighted all of the clubs accomplishments throughout the years. (Photo Courtesy of Mohammed Nasser)

Plans for the Future

Soccer is a sport that is growing all across the globe, but especially in the southeast Michigan areas.

After winning the big cup, we had to ask Mr. Nasser what does the future hold for the Shabab Alyemen Soccer team? He said, “Our goal in the future is to keep on winning and to work hard for our club to improve and to add more of our youth players from our academy to the club. Every tournament we enter we only have one goal and that is to win the cup.”

As for Commissioner Baydoun, in the future he wants to see more support for the people in the community who love to play the game he also enjoyed playing growing up.

“As a soccer player who grew up playing this beautiful game, I would like to see a state-of-the-art indoor soccer facility in our great city of Dearborn,” Commissioner Baydoun said.  “Soccer is the number one sport in Dearborn and we need to have the proper facilities to accommodate our players, especially the youth. As a Wayne County Commissioner, I would like to team up with Mayor Hammoud on making that a reality.”

Commissioner Baydoun later added, “To all of the coaches and parents who are doing their part to develop our young players, I would like to thank them for their commitment as well. Soccer is a universal language and thank you for teaching our kids how to master this beautiful language. Thank you for doing your part to keep our children away from bad habits like drugs, alcohol and smoking. As a soccer player and a recipient of a soccer scholarship which provided me with free education in the early 1980’s, I can truly relate to this.”

All of us at The Yemeni American News want to once again congratulate the Shabab Alyemen Soccer Club for winning the 3rd annual Yemeni Communities Soccer Cup. Keep up the great work!