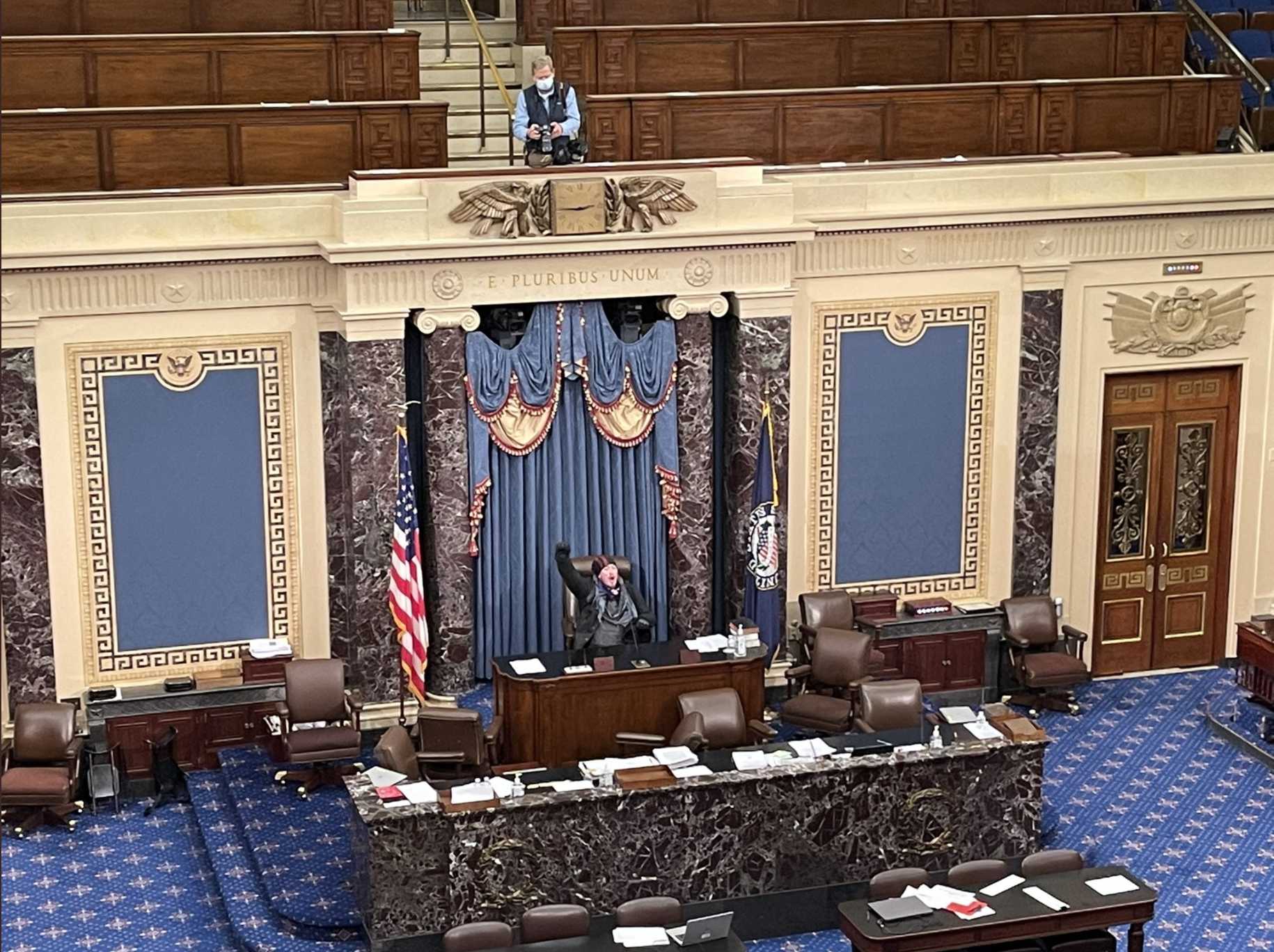 After an intense stand-off between Pro-Trump Protesters and Capital Police, Protesters were able to move past police in order to enter the nation’s capital. Loudspeaker announcements said that the capital was in lockdown, with lawmakers forced to make preparations to be evacuated from the capital.

Pro-Trump protesters began an intense standoff with Capital Police after Current President Donald Trump, who lost the Nov. 3 general election, declared an illegitimate victory. In senate, lawmakers were debating the electoral vote count that would affirm Joe Biden as the next President of the United States, with testimony from one lawmaker being interrupted to begin evacuation procedures.

In the capital, tweets from mainstream media reporters were saying that lawmakers were asked to prepare to evacuate by putting on emergency gas masks. Capital Press are taking shelter in the senate gallery. 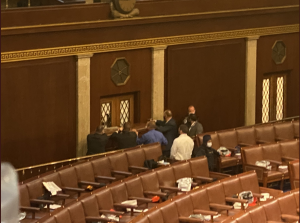 The latest tweets showed photos of protesters inside the senate gallery declaring Donald Trump the winner of the United States Election. After the protesters stormed the building, Trump Tweeted for protesters to “Stay Peaceful.”

“Please support our Capitol Police and Law Enforcement,” the tweet said. “They are truly on the side of our Country. Stay peaceful!”

A media blackout has been reported, with no mainstream reporter able to broadcast to online platforms from inside the capital building. A number of protesters were seen facedown as lawmakers began to tweet about the evacuation from a “safe alternate location.”