War On Our Real Common Enemy:Poverty/Illiteracy 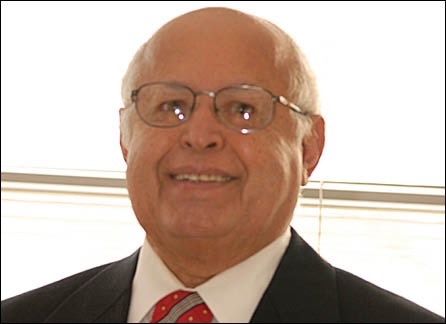 We are now fighting a global war against COVID-19.  But what have we learned from this invisible enemy?

We have learned the following:

Minority neighborhoods, are poor, poorly educated, and harbor many of the risk factors, such as  crowding, diabetes, heart diseases,  obesity, and poor nutrition.  Because of their lack of education, they are denied the luxury of working from home. But the underlying factor common to all poor communities, is a lack of good education.  Lack of education and poverty are inseparable, and generate each other.

One time, I conducted studies on Victims of Violence and on breast cancer.  I found that young, mostly adult males,   victims, and  perpetrators, were born and raised in the predominantly poor black neighborhoods. Almost without exception, they had poor, or no education. I will never forget a 21 year old man, who could not read or write, but still received a high school diploma. “They give me diploma just to get rid of me”, he said, in a low voice, and sad, cast down eyes.  Instead for being an asset, without education, he became a liability.

In my study of breast cancer among white and black women, I found that poor black women had  higher death rate  than white, because they sought help late and died early.  Once I choked with emotions, when I saw a beautiful lady in her early 60s,  whose  breast  had been replaced by  a huge malignant ulcer.   I could see her ribs.  She did not see a doctor when it was still a small lump, because, “I did not have insurance”, she said.  She could have been my mother or sister.  She lived about 2 miles from the hospital.   I wanted to cry.

My heart goes out to the poor, and uneducated, because I can relate to their blight and their despair.

I was born and raised in a village in Yemen,  where we had no electricity, or running water, and often not enough food.  Most of the men and all women, could not read or write.  As one of 16 children, I slept on the floor, and celebrated, when I had something to eat!  I know poverty and illiteracy first hand.  I lived it.  It was the force of education that pulled me out of that swamp of poverty and ignorance. The same force that could, should, and must, pull out every child from the same swamp.

According to UNISEF, and World Bank, 11.5 million children in the United Sates, and 387 million  globally,  live in extreme poverty, with poor access to education, proper nutrition, or adequate healthcare.  Nearly one billion people cannot read or write, worldwide.

COVID-19, is a temporary enemy, but in its wake, it has taught us a lesson:

It has taught us that our permanent, and greatest global enemy, is not  a pandemics of any kind, but rather, it is the intertwined twins:  Poverty and Illiteracy.  Pandemics come and go, but poverty and illiteracy have been our enemies since the beginning of time. We could tolerate it when our world was separated into many parts, far away from each other, and  when a part often did not know what was happening in the other parts, but today,  technology in all its forms, has shrank our world into a small “village”. Only a worldwide unity, cooperation, and common purpose, could defeat this common and universal enemy, in order for  humanity to survive and thrive, where every child will reach his/her potential. We, the nations of this “village”, cannot afford the status quo. All wars produce negative results in lives and in treasures. But global war on poverty, illiteracy, hunger, and diseases, will be an investment. It will save lives, and whose dividends will benefit all of humanity.   COVID—19 will take its toll, and leave, and we shall prevail, but poverty, hunger, illiteracy, will remain with us forever—if we allow it.