US Envoy to Yemen Plays Soccer with Hometown Hamtramck Team 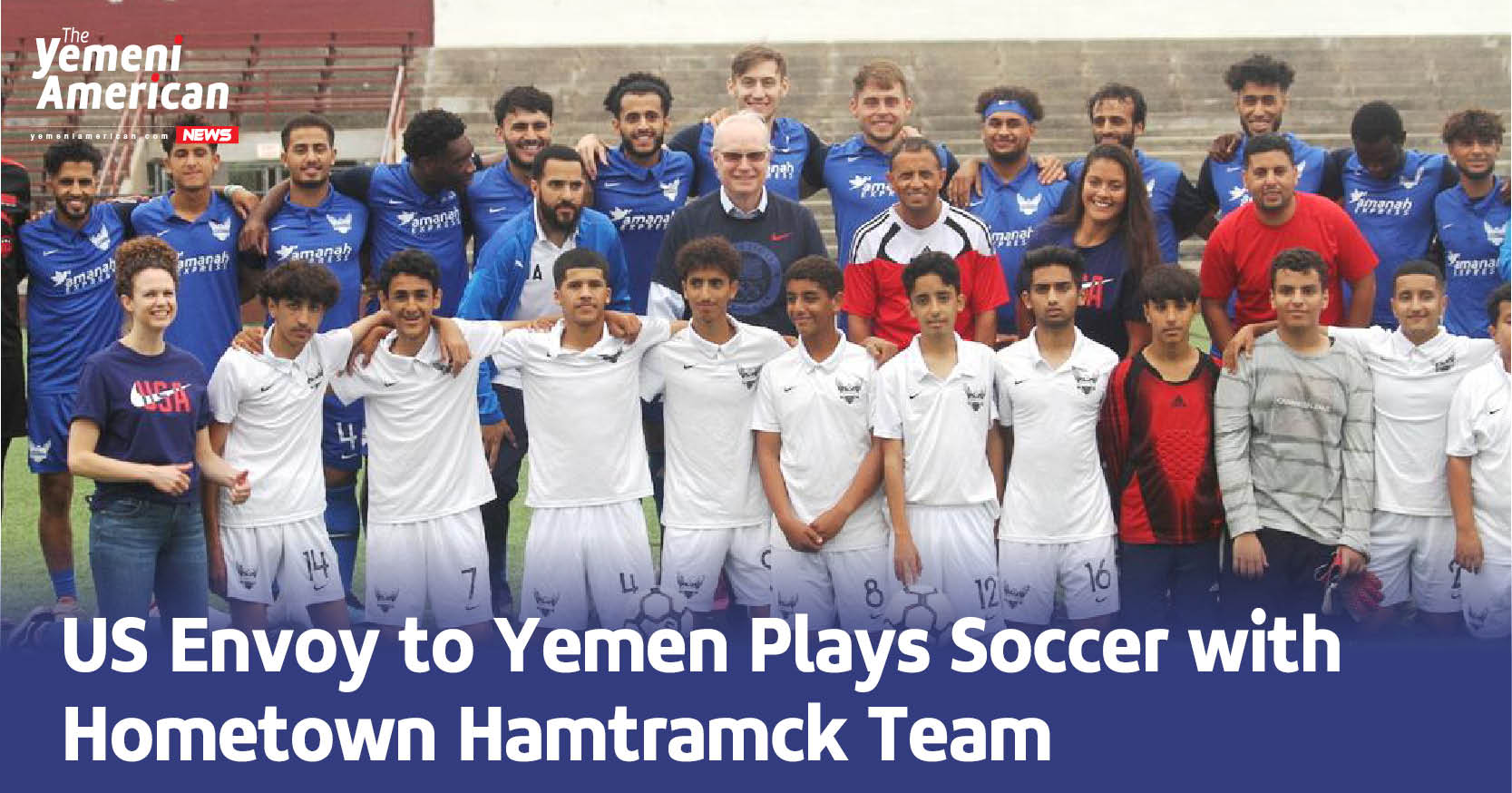 HAMTRAMCK, Mich. – In a visit to Southeast Michigan earlier this week, US Special Envoy to Yemen Tim Lenderking stopped in Hamtramck to meet with City officials and even play a little soccer with the city’s Yemeni American team.

Lenderking, who was appointed to be the US Envoy to Yemen by President Joe Biden, recently announced a pledge of $165 million to help stave off starvation in the besieged country. This brings the total of aid from the United States to $3.6 billion since the crisis began six years ago.

In the Special Envoy’s visit to Michigan, the Biden appointee hosted a number of town halls and interviews with the goal of understanding solutions to the civil war. Houthis and the internationally recognized government are at odds, causing the country to be steeped in a conflict that has lasted the majority of the past decade.

Between townhalls and meetings with Yemeni American leaders, Lenderking was able to visit Hamtramck. During his stop in the small enclave of Detroit, he visited business leaders and city officials before arriving at Keyworth Stadium.

With a warm welcome from the mayor, public school system superintendent and other leaders around Hamtramck, Lenderking seemed to be itching to get on the field with the Yemeni American Community national soccer champions.

The team held nothing back, unfortunately handing the Special Envoy a penalty kick that ended the game. 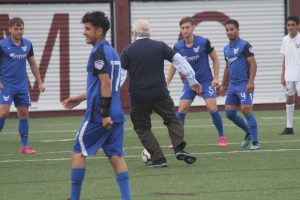 “I mean, he scored the winning goal,” said Wafi Alriyashi, head coach for Hamtramck City Football Club.” I was surprised, to be honest with you. I mean, I’m not saying he’s great. But I’m saying he touches like you could tell that he played soccer before.”

The Special Envoy’s stop was meant to be a break from the listening sessions and political discussions.

“I think this was a great creative way of taking the politics out,” said Adel Mozip, one of the organizers of the visit. “And he said that this is it’s more beautiful and easier to do the politics of soccer rather than the regular old politics.”

The special Envoy travelled back to Washington in the days after, telling the Yemeni American News that this trip was a great way of meeting the people most impacted by the conflict in Yemen.

“I’m very grateful for all the people who have helped organize events that have brought Yemeni Americans into our contact,” Lenderking said. “We’ve talked to business owners inside Detroit and Dearborn and Hamtramck. We’ve played sports together, and we’ve seen the power of sports as a way of mentoring, providing discipline to youth.”