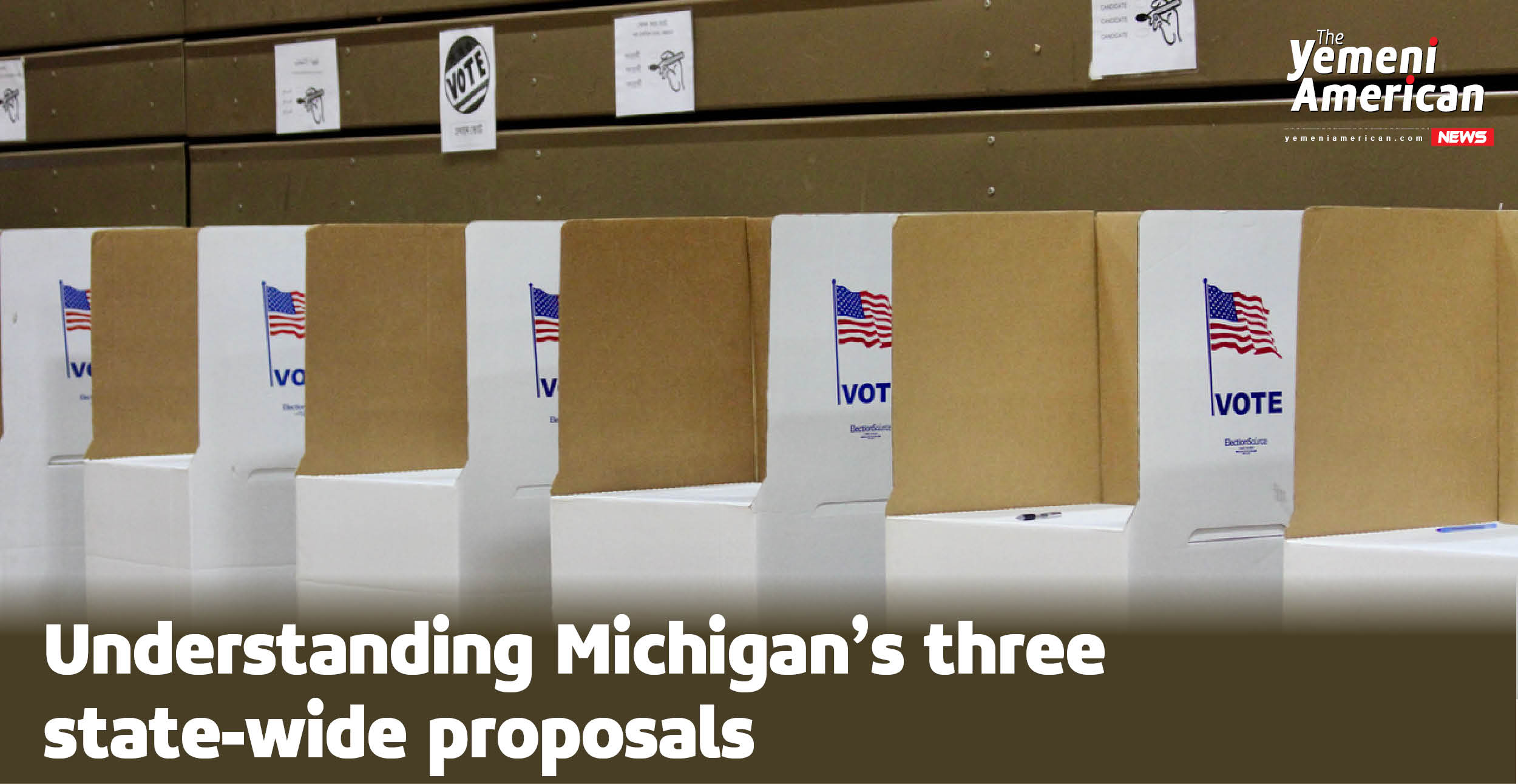 Lansing, Mich. – Leading up to the Nov. 8 midterm election, Michigan has three ballot proposals that will be decided by voters. Those three, which ask for decisions on reproductive rights, voting rights and changing term limits and financial reporting practices, all will appear at the end of the ballot.

Two ballot proposals were initially refused by the Michigan State Board of Canvassers, and only will appear on the ballot because of the Michigan State Supreme Court’s intervention. Another could radically change how government functions in Michigan, affecting everyone from the governor and attorney general, to the state representative in your local district.

Here’s a look at each of the ballot proposals that voters will be asked to decide on this November:

Proposal 1 looks to both extend the term limits for elected officials and require those elected officials to keep a more details financial record, specifically as it relates to gifts from lobbyists and future employment agreements.

A Yes vote will extend the term limits to up to 12 years of service in the state legislature or state senate, but the term limit applies to time in both legislative bodies – not just one. It will also require state lawmakers and state executive officials to disclose a number of new financial details that had not been required before.

Specifically, the proposal will require lawmakers and executive officials to “file annual financial disclosure reports on their income, assets, liabilities, gifts from lobbyists, positions held in certain organizations, and agreements on future employment.”

The proposal was initially put forward by the bipartisan group Voters for Transparency and Term Limits, before it was approved for the ballot by the state legislature. Although the ballot language was changed, this allowed the group to get their issue on the ballot without the required signature drive.

Proposal 2 decides whether to create a less restrictive voting process. If passed, it specifically will provide voters:

Along with Proposal 3, Proposal 2 was recently pushed forward by the Michigan Supreme Court in order to appear on the November ballot. In a concurring opinion by Chief Justice Bridget McCormack, she said that the overarching reason for going against the Board of Canvassers decision to deny the petition was because the court saw the Board going above their only duty – to approve or deny based on petitions alone.

In response to the United States Supreme Court removing constitutional protections for abortion access, Reproductive Freedom for All garnered a record-breaking number of signatures – more than 730,000 – in order to put Proposal 3 on the November ballot.

Like Proposal 2, this ballot initiative was first denied by the State Board of Canvassers due to issues with spacing between certain words. The Michigan Supreme Court issued a court order requiring that the Board reverse its decision, later using the same rationale for Proposal 2’s court order.

Proposal 3 itself asks voters to consider whether reproductive healthcare, including abortion, is a right to be enshrined in the state constitution. A majority yes vote will change the state’s constitution to make abortion and other pregnancy healthcare a right under Michigan law. A majority no vote will not change the constitution, which includes the 1931 abortion law that bans any and all abortion, even when necessary in saving the life of the potential mother.

“We are grateful to see the fall of Roe in the height of our efforts to stop the anything-goes abortion amendment. We have been preparing to protect Michigan’s 1931 abortion law for this very moment.”

In response, Reproductive Freedom for All – the organization that gathered signatures for Proposal 3 – said that the record-breaking number of signatures may be a sign of what the majority of Michigan needs.

“A record number of voters – more than 730,000, throughout every county in Michigan – read, understood, and signed a petition to assure Reproductive Freedom for All is on the ballot in November. Voters want to enshrine reproductive rights into the State Constitution for women and their families.”