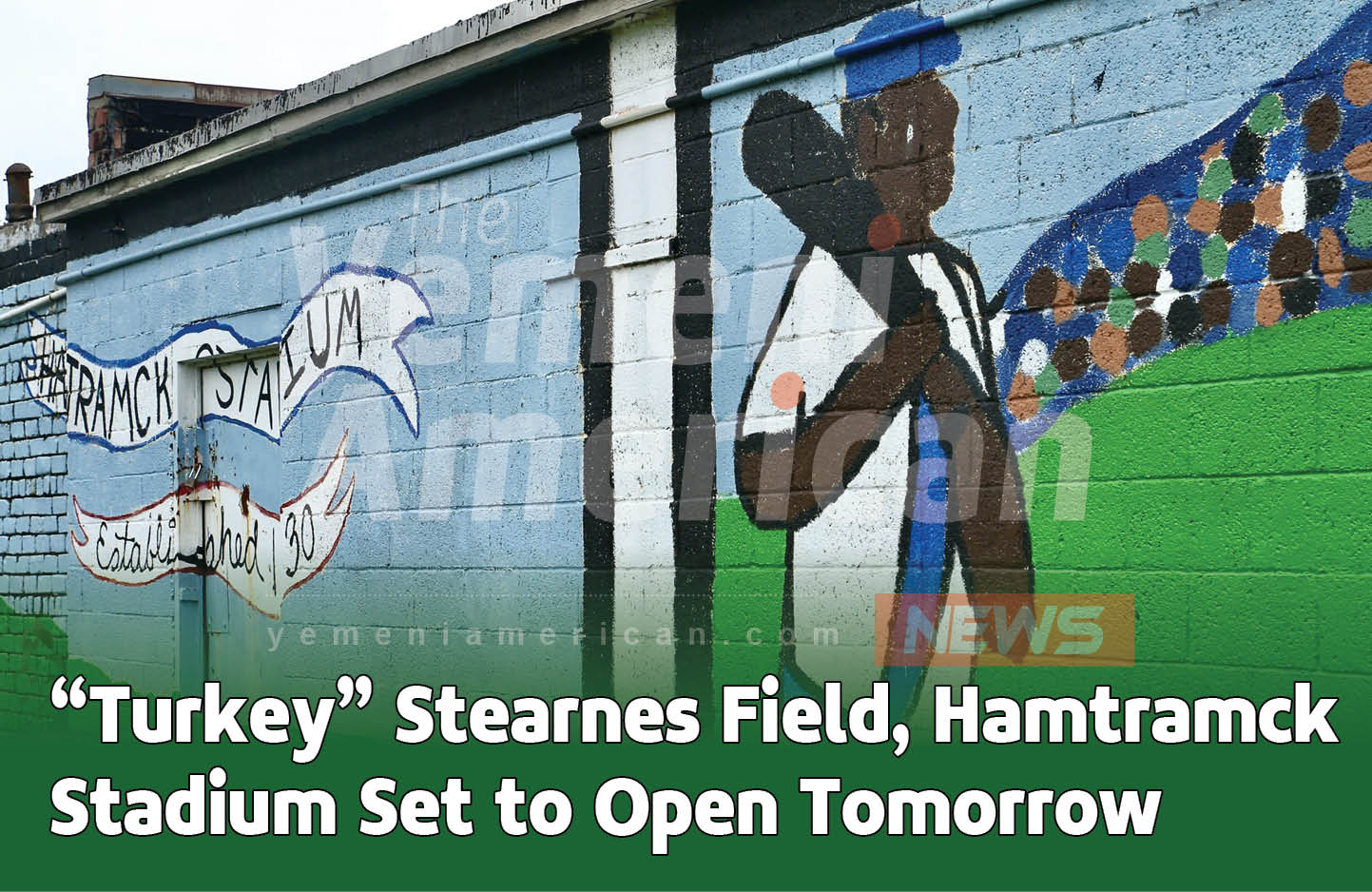 HAMTRAMCK, Mich. – It’s been said that there’s only six of these fields left in existence – fields home to the Negro League games of segregated sports history. But it’s more than just a part of the reality of our country’s history, it’s home to one of the greatest players to ever go up to bat. After a years-long effort to restore the grounds, the field is ready for its community.

Starting tomorrow at 4:30, the “Turkey” Stearnes field will be open to that community. Whether it’s Baseball or Cricket, Soccer or another sport, the field will be officially open for play.

“We want this to be a haven for kids to come in and learn and be trained, not only for sports, but also some lifelong lessons such as teamwork, perseverance, sacrifice and hard work,” said Mike Wilson, president of Friends of Historic Hamtramck Stadium.

This reopening has been a long time in the making. After decades of disrepair, people first started taking an interest in the field again after an article was written about its history, dated ten years ago.

When Councilmember Ian Perrotta worked for one of the local newspapers in Hamtramck, he started to take an interest in the history of Hamtramck Stadium. Along with Gary Gillette and a few others, the group began exploring ways to bring the Stadium back to life.

“I started writing stories about the stadium and just that it could be used,” Perrotta said. “So I put together a meeting to try and get people to help fix it up. At the same time, Gary [Gillette] had been involved with the Tiger Stadium effort, before it got demolished. After that happened, I think he turned his attention to researching Hamtramck stadium.”

With the help of Hamtramck Resident Rebecca Binno Savage, the Stadium was eventually designated a national historic landmark. According to Perrotta, that’s when the real work to rebuild the Stadium began.

Over the next few years, there was a continuous revolving door of raising funding and moving the project forward. Major donors like the Ralph C. Wilson Foundation (the endowment of a deceased NFL Owner), and even punk singer Jack White contributed to a continuing effort. The Michigan Economic Development Corporation also provided $50,000 in matching funds.

Although still far from being a pristine baseball stadium, the people working to fix the field have already created a network of partnerships with organizations like the Hamtramck Public School District. It’s all for the goal of rebuilding something that was once for everyone. 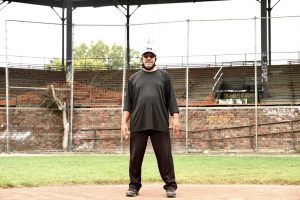 Coach Mike Wilson stands at home plate of the field he was working on just minutes before.

Continuing to Work Toward a Community Asset.

Mike Wilson went from Pro Baseball to coaching youth ball in Detroit and its surrounding communities. It’s a move, he says, that continues rewarding opportunities through a sport that’s taught him a lot.

Everyone may have a vision for how they would like to use their time on the field, but Wilson’s is an ambitious, yet generous addition to the generations of sports as a lifelong lesson.

“I would love to see something built around that stadium, because, you know… to have educational support, like after school programming for the kids, all kinds of field trips, bringing in Major League Baseball alumni, individuals to help inspire and train the kids and help point them in the right direction, I would love to see something like that. I mean, that would be the Grand Slam of things,” said Wilson.

There’s still work to be done. The field is complete, but the seating still needs to be fixed. The event tomorrow may not be to celebrate the completion. Still, it seems to celebrate the most important part; having a place for kids to play the sports that have taught so many before.

“I saw this as a community asset that once was a place for all sorts of sports, youth sports and amateur sports in Hamtramck,” said Gary Gillette. “And it could be again. Hamtramck doesn’t have a lot of green space. It doesn’t have a lot of sports venues. I mean Keyworth was basically it for outdoor sports venues. But [Hamtramck Stadium] could again be a community asset.”