The Detroiter’s Bill of Rights, Explained 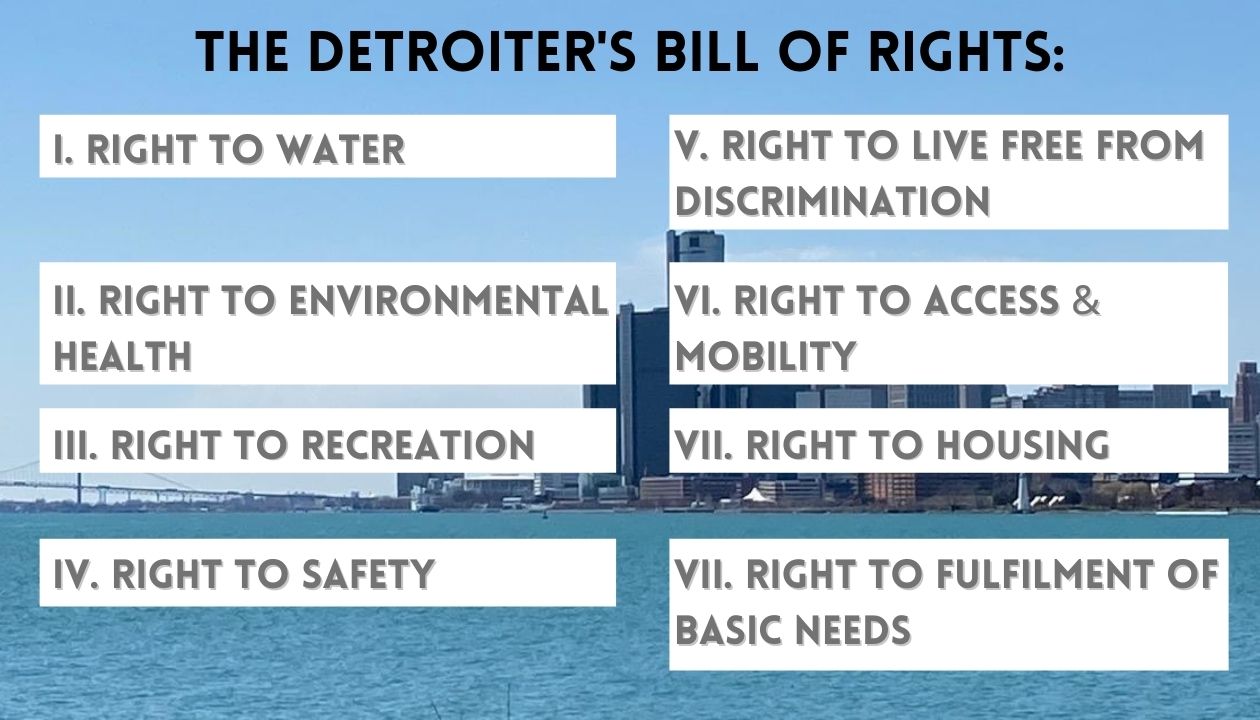 Detroit, Mich. – In the middle of a recently created park at the junction of Woodward and Jefferson, City Councilmembers, leaders and activists stood in unpredictable weather to announce Detroit’s newly proposed Bill of Rights. Its eight tenants hope to enshrine the demands of Detroiters who have fought through a year that exposed many of the social inequities and injustices that go back to the country’s founding.

Organized through the office of Detroit City Councilmembers Raquel Castañeda-López and Mary Sheffield, the proposal is seeking to change the Detroit City Charter and create a more equitable structure of governance in the city.

Councilmember Castañeda-López is a longstanding advocate for social justice issues and immigration reform in Detroit. Her last major achievement as a Councilmember saw the creation of a COVID-19 Fund specifically for aid to families with undocumented immigration status in Metro-Detroit.

Detroit City Council President Pro-Tempore Mary Sheffield is the youngest member of City Council ever to be elected. Through her political work, she’s developed strong ties with many of the labor and African American organizations around Detroit. 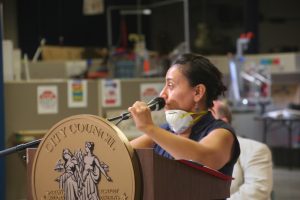 Councilmember Raquel Castañeda-López speaking at a Press Conference for the UndocuFund for Immigrant Families affected by COVID-19.

Adopting the Detroiter’s Bill of Rights

As a Charter Amendment, the Detroiter’s Bill of Rights will need to be approved by a popular vote of all Detroit residents. That vote is expected to happen in August of 2021, if the proposal is approved by the Detroit Charter Revision Commission, the Michigan Governor, and the State’s Attorney General.

If adopted by voters next year, the Detroiter’s Bill of Rights calls for a number of policy changes to institutions like Public Utilities and Policing, among others. The changes have far-reaching effects throughout Detroit’s City Charter and will ultimately revise a few established sections of the Charter, most notably policing.

The fourth right outlined by the Detroiter’s Bill of Rights, the Right to Safety, calls for specific changes mainly to the Charter Section that governs policing, Chapter 8. It echoes the demands of the recent Black Lives Matter-run protests that have been a part of the City’s public outcry against the police killing of George Floyd and other injustices against African Americans.

The language outlines the specific steps needed to Demilitarize the Police, restrict the use of surveillance technologies like Facial Recognition Software, and restructure the Board of Police Commissioners.

But the Detroiter’s Bill of Rights holds a number of other institutions and communities to a light of scrutiny.

Who’s Going to Benefit from the Detroiter’s Bill of Rights?

Dr. Hayg Oshagan is an Associate Professor of Wayne State University’s Department of Communication where he specializes in Ethnic and Minority Media. He’s also the author of the Detroiter’s Bill of Rights Immigration Agenda.

According to Dr. Oshagan, this new iteration of the Bill of Rights is an effort to confront the current social and political climate with active solutions.

So the people who stand to benefit most from this are the people who have been vocally demanding change. In the case of Immigration, the change that’s been called for is in producing what is essentially a sanctuary city.

Within the Charter Amendment Proposal, the document calls for new offices that will oversee the efforts to preserve these rights. For issues with immigration rights, the Office of Immigration Affairs, in addition to the Detroit Immigrant and Refugee Affairs Commission will be responsible for maintaining the rights of immigrants in Detroit.

For other Rights that Councilmember Castañeda-López is seeking to enshrine into law, like the Right to Water, an organization within City Government will need to be created in order to best address the inequal access to clean drinking water as a utility and right. This will involve the establishment of a Community Advisory Board.

Although executing these goals is still a few years away, the effort started last Friday when the Councilmembers who organized this effort submitted their proposal to the Detroit Charter Revision Commission. If approved and voted into law after Aug. of 2021, the City of Detroit will have one year to fulfill the goals that the Detroiter’s Bill of Rights has outlined.