The Blame Game in this year’s Hamtramck Pride Flag debate 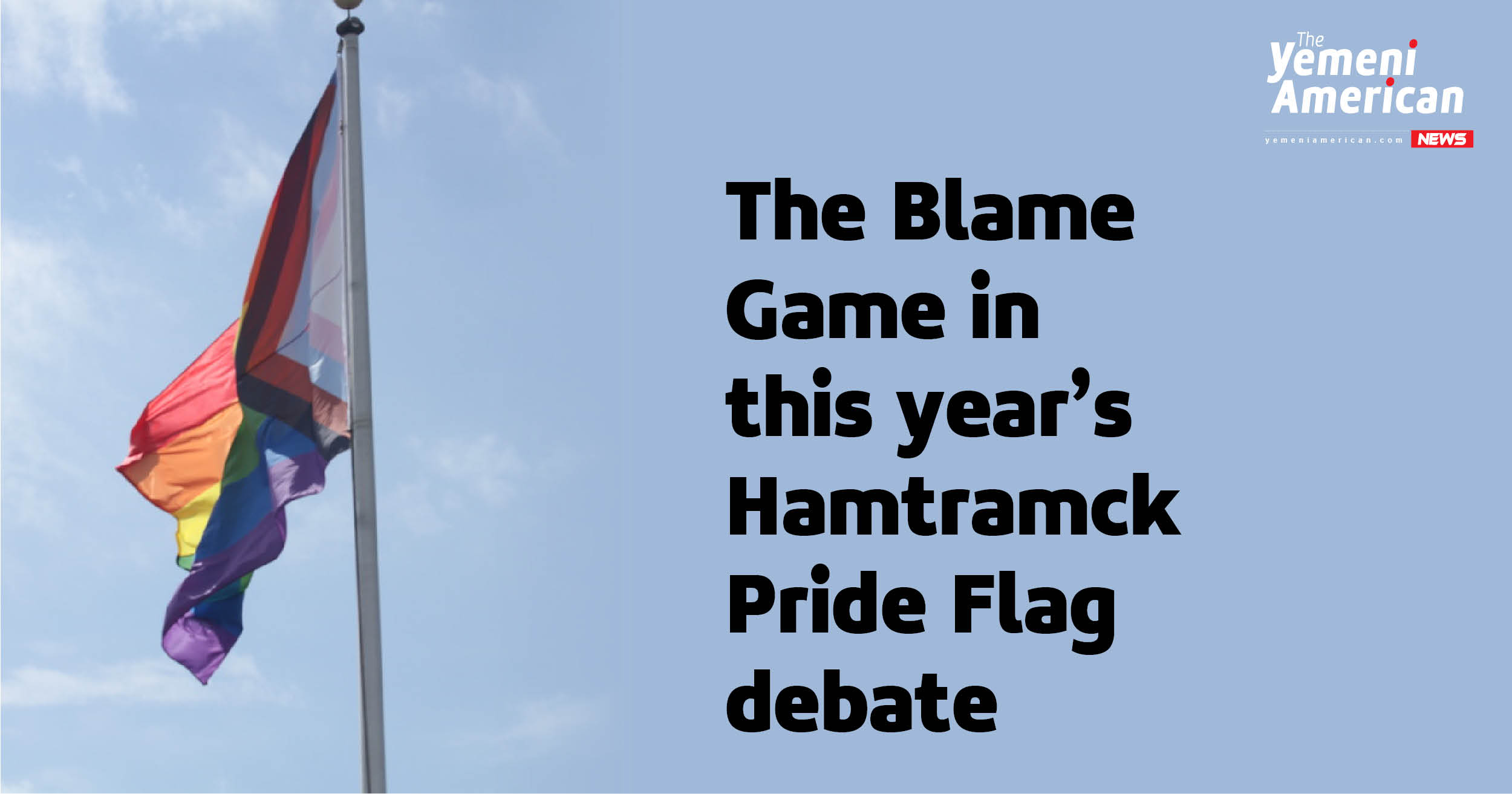 HAMTRAMCK, Mich. – What goes up may now have to come down in the city of Hamtramck, where a debate around the flying of a pride flag, a symbol of LGBT+ acceptance, is heating up again.

At both ends of the debate are the current and former mayors of Hamtramck. Mayor Ameer Ghalib sees the flag as a divisive issue that needs to be contained. Throughout his campaign for mayor, he told potential voters that he will enact the will of the majority.

Former Mayor Karen Majewski sees the flying of the pride flag as a Human Rights issue, with implications about how the city will be viewed by outsiders, however she’s drawn criticism for taking a prominent role in the debate after her election loss.

Online discussions have been vitriolic at best, with people calling the former mayor “hateful,” among other accusations.

The state of the Pride Flag on Jos. Campau

A pride flag is currently sitting among the international flags at the North end of Joseph Campau Street. The debate around its purpose began when former mayor Karen Majewski alleged over a Facebook post that the flag was ordered to come down by current mayor Ameer Ghalib.

Ghalib shifted the blame to the former mayor, saying that the person who put up the flag was appointed by Majewski.

“The mayor didn’t and will not do anything about it,” Ghalib said in statement. “It’s not my issue, it’s a divisive community issue made by the person who solely decided to rise it in [Joseph Campau Street] for the first time from a commission that its main mission is supposed to be bringing people together.”

Majewski responded with accusations that the mayor is lying about the situation.

“The mayor is saying that those who put up the flag “created the issue” by acting “irresponsibly” and without following “proper channels,”” wrote Majewski. “He is saying he is the one who told the DPW not to take the flag down after they were going to do it (once again, the mayor doesn’t have the authority to tell the DPW what to do or not do.)”

In a public message, the city of Hamtramck is saying that the flag will remain in place, while again shifting the blame to the Human Relations Commission.

“The City of Hamtramck is aware that there has been much concern over the status of the Pride Flag on Jos Campau in our City,” reads the statement. “These flag poles and flags are maintained exclusively by the Hamtramck Human Relations Commission whom (sic) is a commission of the City but has authorization to act independently… The flag will remain in place until further notice. City officials intend to meet at a later time to discuss the ongoing plan for display of this flag.”

Finally, mayor Ghalib said that he was trying to mitigate the situation. In a statement provided to the Hamtramck Review and reposted to Facebook, Ghalib says that he’s trying to act responsibly in light of the backlash.

“I was told by the city officials that DPW is ready to take it down, and I told them no don’t do that,” Ghalib said. “If one side does things irresponsibly, we would react in a responsible way and solve things peacefully because we care about the unity of our community but apparently some people don’t and they want this issue to go even further.”

Not the first time a Pride Flag draws criticism in Hamtramck

Previously, the pride flag has been a heated topic for residents of Hamtramck. With a large portion of the population following religiously conservative doctrine – with followers of the both the  Catholic and Muslim faiths previously working together against a human rights ordinance – the city just doesn’t have the progressive attitude necessary to make a pride flag an easy decision.

In Facebook discussion groups, many are critical of what they see as an LGBT agenda. Conspiracy theories about LGBT groups trying to groom kids for pedophilia are also common, and of course, unfounded. Still, people are critical of the LGBT movement for a variety of reasons. Although it’s unclear how Mayor Ghalib personally feels about LGBT rights, his stance stays with the will of the majority.

In last year’s decision about whether to fly the pride flag at Zussman Park directly in front of City Hall, the Hamtramck City Council was split on their decision. In a tie-breaking vote, then-Mayor Karen Majewski voted to raise the flag onto the third most prominent flagpole in Hamtramck.

According to Hamtramck Review Editor Charles Sercombe, this may have cost Majewski the election, when it was perceived that Majewski disregarded the will of the majority of Hamtramck.

What makes this decision challenging is that many Hamtramck residents in the LGBT community feel disenfranchised by these controversies. And conversely, the city’s many adherents to Islam feel as though their wishes are being unheard, or even purposely dismissed. Needless to say a middle ground has not yet been found.