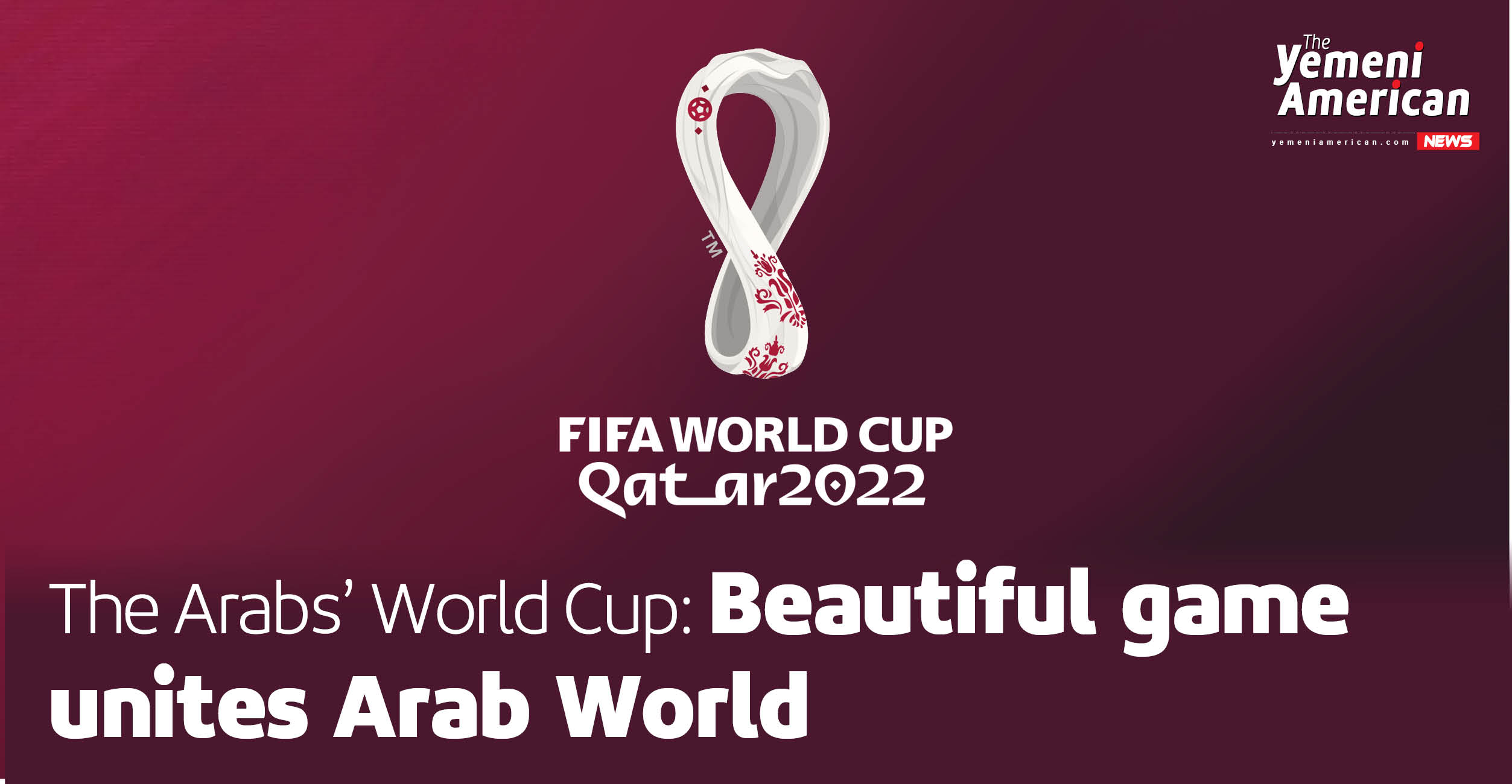 By The Yemeni American News:

There is perhaps no bigger celebration of the human community than the World Cup.

Every four years, people of different nationalities, ethnicities, skin colors and cultures come together to watch a simple yet magical sport. We may speak different languages, wear different clothes, pray in different houses of worship, but somehow we all derive joy out of watching two sets of 11 people chase and kick a ball.

That is the magic of football/soccer, and this time around, the “beautiful game” has found a home on our turf in the Arab World in Qatar.

The tournament kicked off with a celebration of Arab culture with the national anthem of every Arab country – including Palestine – playing for hundreds of millions around the world to hear.

And then when the playing got going, Saudi Arabia beat Argentina; Morocco defeated Belgium; and Tunisia held off Denmark.

It’s the Arabs’ World Cup on and off the pitch. That is evident by the abundance of Palestinian flags in the stands at every game. And so many Arab Americans are taking pride in this 2022 edition.

Sam Baydoun with his granddaughters

“As an Arab American soccer player [and] fan who grew up with this beautiful game in Lebanon, I am very proud to see an Arab country hosting the World Cup,” said Wayne County commissioner Sam Baydoun.

“This will undoubtedly be the best organized tournament in the history of the competition. Qatar showed the whole world that they are capable of hosting the biggest sporting event.”

He added that the 2022 tournament opens the door for other Arab countries to host future World Cups.

“I am hopeful that a joint effort by two soccer powers in the Middle East like Tunisia and Morocco can host the World Cup in the future. Kudos to Qatar on exceeding all expectations,” Baydoun told The Yemeni American News.

Yemeni American student Hammam Nasser, who plays on Butler University’s soccer team, said the Qatar World Cup will be one of the most memorable moments for the Arab World.

“I know that there have been speculations on the timing of it, but to stay on topic: Qatar has managed to make it work,” Nasser said.

“I am happy as an American Muslim to see the World Cup hosted by a Muslim nation. Soccer is loved all over the world, and many countries in different areas have got the opportunity to host it. I’m proud that the Arab World has become a part of futbol history hosting this World Cup.”

Indeed, criticism of hosting the World Cup in the winter has been one of the most unfair attacks of the tournament in Qatar, but far from the only one.

As the name might suggest, the World Cup is a global tournament that involves every nation on earth in the qualification stages before 32 countries make it to the finals.

All people have a right to this international sport, so what’s the harm in holding the World Cup in the winter to allow countries where summer temperatures make playing unfeasible to host the event?

Other attacks on the Qatar World Cup have focused on the country’s conservative social norms, but Doha from the first minute had said that it is welcoming everyone.

And while scrutinizing labor conditions around World Cup infrastructure is a legitimate point, that debate was skewed by disinformation and entirely fabricated statistics around laborers’ death.

Labor reform is needed in Qatar, across the Gulf and the entire world. And the World Cup did prompt Qatar to end the exploitative “kafala” (sponsorship) system.

But instead of focusing on the implementation of the new rules and improving conditions for workers, many Western outlets and commentators pounced on the issue with bad-faith attacks that are more concerned with discrediting Qatar than protecting laborers. 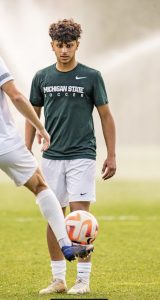 Nonetheless, the overwhelming majority of fans are ignoring the noise and focusing on the celebration. And the historically divided Arab people are finding unity around the event.

“Honestly it feels really great to have an Arab Muslim country host the biggest soccer/futbol event in the world, and to advertise our culture/religion in such a peaceful atmosphere far from politics is a great accomplishment for the Arab and Muslim world,” said Alaa Nasser Algahim, who is studying and playing soccer at Michigan State University. 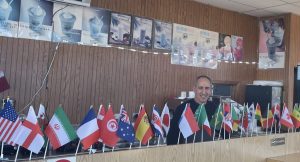 Ahmad Alwan, a former player of the Yemen national team, who currently owns a cafe in Dearborn

For his part, Ahmad Alwan, a former player of the Yemen national team, who currently owns a cafe in Dearborn, said the World Cup presents a “unique opportunity” to showcase the sporting culture in the Arab World and dispel negative stereotypes.

“We feel pride and honour as Arabs and Muslims by Qatar’s successful hosting of this tournament; It’s a great success for all of us,” he said.

American-Arab Anti-Discrimination Committee put it best when it said that the World Cup is helping Arabs spell out their own stories.

“The great African author Chinua Achebe wrote, ‘Until the lions have their historians, tales of the hunt shall always glorify the hunter.’ Qatar has risen up as our lion, ready to write history for Arabs and Africans, Palestinians and all peoples whose voices have been silenced by foreign pens, and tales buried under the sands of hegemony,” ADC said in a statement.

“The 2022 World Cup, played atop Arab lands and curated by our hands, reverses the tide of history, and provides a platform where Arab cultures are glorified, Islam is uplifted, and the entire Arab World a topic of sporting valor instead of war.”