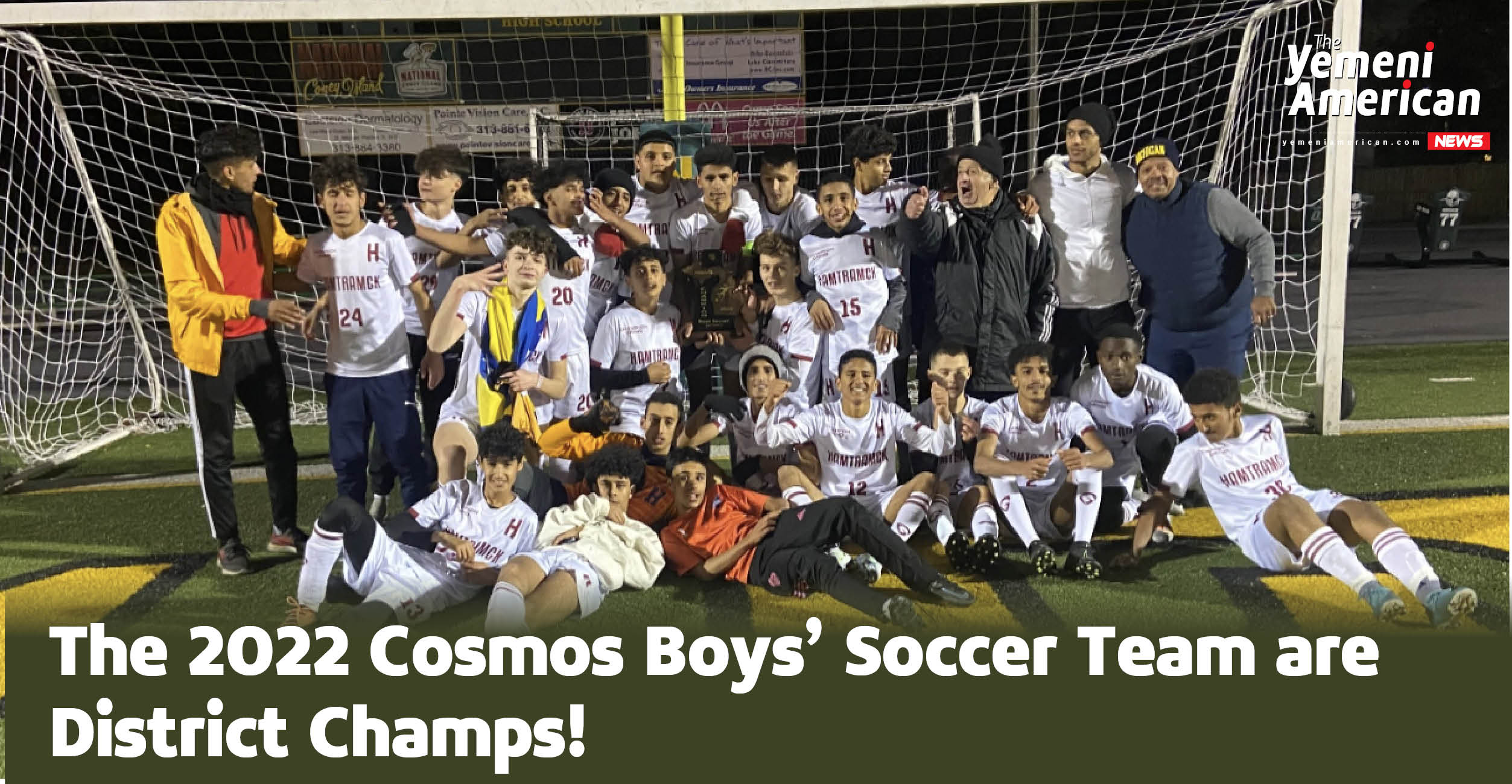 The Hamtramck High School Boys Soccer Team are your 2022 District Champions! This is the team’s second district title in five years.

On Wednesday, Oct. 19th the Cosmos boys’ soccer team went up against Grosse Pointe North in the district championship game.

The game was tight from the beginning all the way until the end. Up and down both teams went but no one was able to put the ball through the net. At the end of regulation, the score was tied at 0-0.

In extras, the Cosmos had some great opportunities to score but weren’t able to capitalize.

So, the game went to shootouts.

That’s when Cosmos’ junior goalkeeper Mohammed Thabet came up with two huge saves, which later helped the Cosmos win the shootout 4-2 and propelled the team to victory.

When asked what was going through his head during that intense moment, Mohammed said, “For me when it comes down to penalty kicks I try to stay calm. When you are nervous or when you hesitate then you already have lost the game. You just got to stay focused. After every shot, just let it happen. If they score they score. If they don’t and you make the save then that’s good. Just worry about the next shot.” 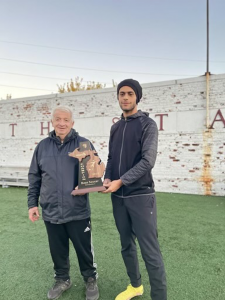 Assistant Coach Waseem Muthana, who has been with the team for two years now and was a former soccer player for the Cosmos, said it felt amazing to see the team win.

“It’s an unreal feeling especially with the season that we had,” Coach Muthana said. “Like every team, we also went through some adversity early in the season. But we continued to work hard and continued to move forward. Being able to stay connected to one another and to stay focused, working towards one goal, and to finally achieve the goal at the end, felt so great. It was a sensational feeling. I am proud of the team and the all of the players.”

Coach Muthana later added, “I want to give a special thanks to Head Coach Rahmija Celic because he sacrifices a lot for this team and this program to be where it is today.”

Head Coach Rahmija Celic, as mentioned earlier, has done a lot for the Cosmos program. He coaches both the girls and boys’ varsity soccer clubs at Hamtramck. He’s been coaching the boys’ team since 1995 and has brought 5 district titles to the school since then.

Coach Rahmija said this year’s team is good because they know how to play together.

One of the leading scorers on the season, Junior Saleh Zokari, said it felt great to win the title to represent their school.

“It felt great to bring home the trophy for our school and our coaches,” Zokari said. “We’ve worked hard all season, and to see all of the hard work payoff is a great feeling.”

One of the other leading scorers on the team, Senior Ge Ge Buzhala, said he’s been working hard for four years to reach this goal.

“As a senior I felt like one of our main goals as a team was to win the district title. To see it all come together at the end is a feeling I’ve never could’ve imagined.”

What’s Up Next for the Cosmos?

On Tuesday, October 25th the Cosmos boys soccer team went up against Goodrich High School in the regional semifinals.

This game also ended in a shootout. This time the Cosmos were able to win the shootout with a final score of 5-4.

The Cosmos are now headed to the Regional finals!

In the finals they will be going up against their old Metro Conference rival Cranbrook High School. The game will be played on Thursday, October 27th at 6:00 P.M. at Goodrich High School.

We asked Hamtramck Public Schools Interim Superintendent Nabil Nagi what his thoughts were on the teams’ success?

Mr. Nagi said, “I am so excited for our students because they’ve been working really hard. They put in the time and effort both academically and on the field, and it shows. It couldn’t have been done without the support of our educators, our families and our community. This is not just an exciting moment for Hamtramck Public Schools. This is an exciting moment for the whole community.”

Mr. Nagi later added, “We look forward to everyone showing up to the next game. Come out and support and show your Cosmos spirit!”

From all of us and The Yemeni American News we want to say congratulations to the Hamtramck Cosmos soccer team on winning the district title and good luck the rest of the way!