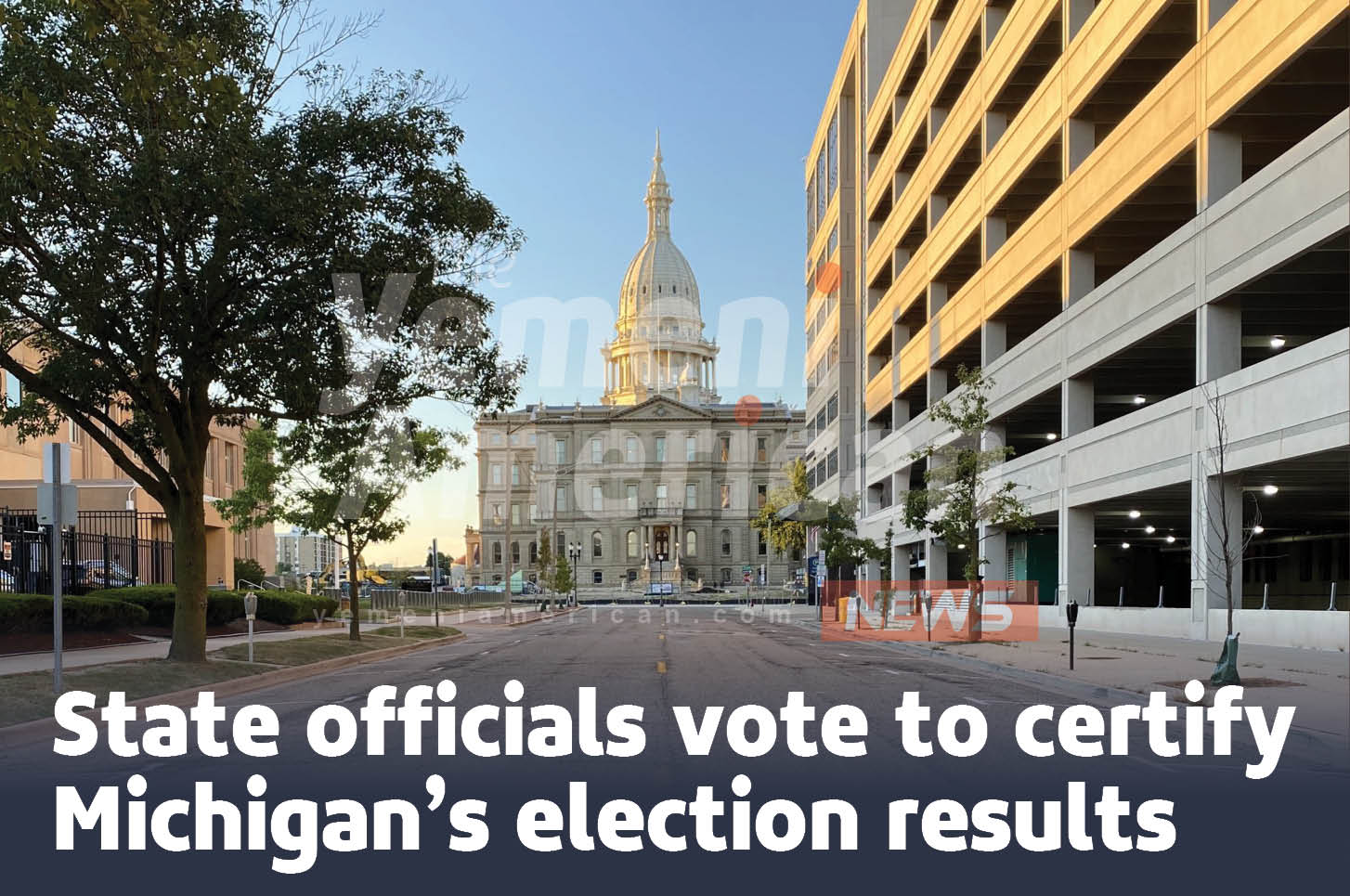 Lansing, Mich. – Today the Michigan Board of State Canvassers voted to certify the election results of the 2020 election in Michigan. This would allow for the Election results to certify that the race was won by Joe Biden, Gary Peters and other down-ballot elections throughout the state.

Even before the vote, each Board Member’s position appeared clear, with Democratic Boardmembers Julie Matuzak and Jeannette Bradshaw were always in favor of voting to certify the election results. Republican members Norman Shinkle was reported to decide voting against the certification, while Aaron Van Langevelde broke with party lines to certify the election results.

Board Members called on testimony from election officials throughout the state. They overwhelmingly asked the members to vote to certify the election. Susan Nash, City Clerk for Livonia said that the goal is for the board to certify the results in order for an election audit to happen.

“This is not a tribunal to decide legal matters or constitutional questions,” Thomas said. “And I think they would say the same thing here: You’re not a body to investigate fraud. You don’t have the tools to conduct that investigation. The statute does not give you the authority to mandate documents or compel testimony. So you can’t really investigate fraud.”

At the center of the controversy over certifying Michigan’s election results is the City of Detroit. Republican officials say that the refusal of poll challengers at Detroit’s counting center and the huge breadth of votes in favor of Biden point to election fraud. However, election officials say that these are baseless claims that are being made to subvert the results of the election.

Daniel Baxter, Director of Elections for the City of Detroit, says that the voting process was very well done.

“It was a day of great pride not only for me, but for those poll workers and the city of Detroit at large,” Baxter said.  No matter what happened that day, whether or not challengers shouted stop the vote. Whether or not they were violating social distancing rules. Nothing deterred our poll workers from being engaged. They stayed focuses throughout that entire process.”

Why this is important

President Donald Trump has made headlines for his efforts to subvert the results of the Nov. 3, 2020 election. One of these efforts is to try and interrupt the election certification process in battleground states like Michigan.

Three voters in Detroit, along with the Detroit Welfare Organization filed a lawsuit alleging that the Trump campaign is attempting to subvert the popular vote in Michigan by delaying the election certification results.

“Having unsuccessfully filed numerous unsuccessful lawsuits, Defendants have now turned to a new strategy: pressure state and local officials not to certify election results in key states and then have state legislatures override the will of the voters by installing President Trump’s slate of electors,” reads the lawsuit prepared by the Michigan Welfare Organization. “They have actively pursued this strategy, compromising the integrity of the election process, and unlawfully interfering with will of the voters.”

Barb Byrum, County Clerk from Ingham County accused the board members who are loyal to Trump of trying to subvert the election results. In no uncertain terms, she stated that it is the duty of the State Board of Canvassers is to certify the results of the election.

“This assault on Michigan’s democratic process has come from many directions over the last three weeks, but it all stems from the same source: President Trump. Now, his pressuring of our elected and appointed officials that will be remembered as a subversion of the free and fair elections.”

One Republican Official Reported Dangerous Intimidation for her Decision

During the public comments of the recent Wayne County Board of Canvassers meeting, elected official Abraham Aiyash commented that the board “I want you to think about what this means for your kids, who probably go to [name of school redacted]…”

Although this can’t be called a direct threat to the Board of Canvassers, Board Member Monica Palmer says that this resulted in intimidating messages directed to her and her family.

“I have received graphic photos of naked, dead women and then a photo of my daughter, letting me know that that’s what’s going to happen to my daughter. I’ve been called a terrorist, and people saying that me and my family should fear for my life.”

Palmer is a part of the group of Wayne County Board of Canvassers members who initially voted to delay the certification of Wayne County’s election. After voting in favor of certifying the election, Palmer was told that she could not rescind her vote.