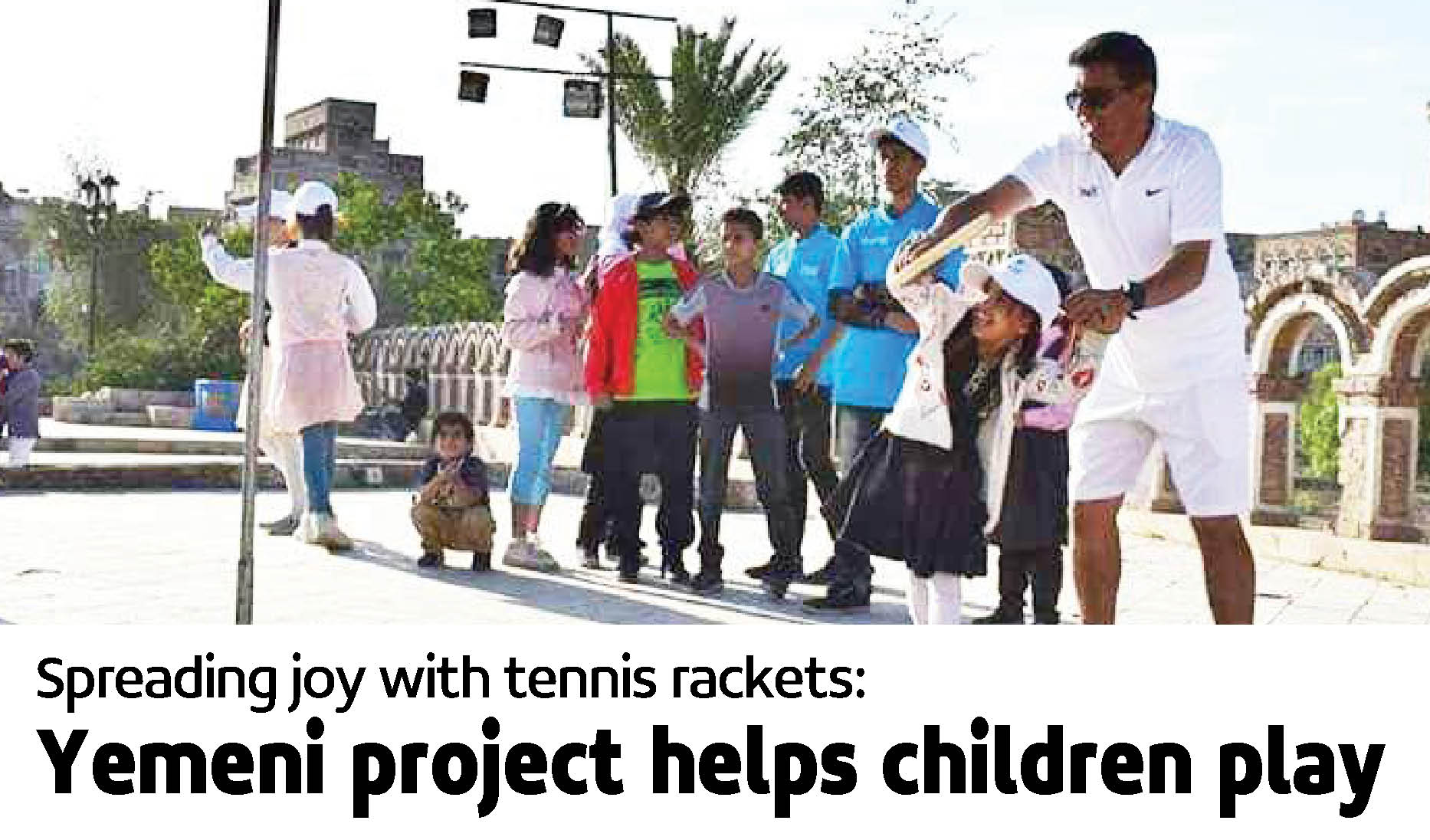 About 2000 years ago, Greek geographer Ptolemy described Yemen as “Happy Arabia”. The notion of happiness has long been associated with the country. But today, when we think of Yemen, TV flashes of bombings and starving children dominate the world’s perception of the nation of 23 million people. 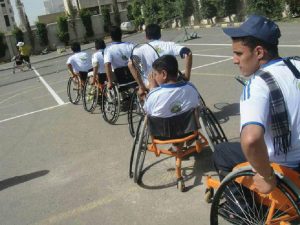 Despite the war, humanitarian crises and deteriorating economy, Yemenis are still trying to find and spread joy.
A group of athletes has recently toured the capital Sanaa to introduce children at orphanages and hospitals to tennis and other sports. Their purpose? Restoring some of the happiness lost in the war.
UK-based charity Save the Children reported last month that as many as 85,000 children under the age of five may have died from acute malnutrition in three years. The trauma, however, is no reason for giving up on the simple delights of life.
Nabil Mazwed, who has been leading the initiative, expressed his satisfaction and fulfilment at the project, saying that he hopes to make tennis a popular game across Yemen.
His main goal, he told the Yemeni American News, is to bring smiles to the children.
No field? No problem
In the absence of sanctioned tennis fields, Mazwed sets up his own play area for the children, sometimes in the street. He covers a designated area with styrofoam mats and installs a net in the middle of the makeshift field.
When Mazwed and his colleagues arrive to a park or a neighborhood, they ask if children would like to play. They distribute rackets and explain the rules while the field gets set up. Children stand in line waiting for their turn to play.
The initiative especially focuses on disabled and special needs programmes.
“They are a part of society, and they have suffered the most from the impact of war, so we have designated the biggest share of time to them,” Mazwed said.
He added that his group works with hospitals and centers that deal with special needs kids to set up their own forms of sports activities independently with special trainers in cooperation with national sporting committees.
Mazwed said he hopes for more accessible spaces for children to participate in sports.
“We want to spread sports, and therefore spread joy,” he said.
YAN followed Mazwed and his team to hospitals and community centers throughout Sanaa, witnessing first-hand how such activities have brought a smile to children’s faces at a time of despair. His events draw dozens of children into an atmosphere of delight and excitement.
Sporting activities promote a message of peace, tolerance and friendly competition, according to Mazwed.
Indeed, Yemenis are known for their passion for sports and they would pursue them and compete at the highest level if adequate resources become available.