Sparked by Photos from the Border, Detroit Protests Call for Immigration Reform 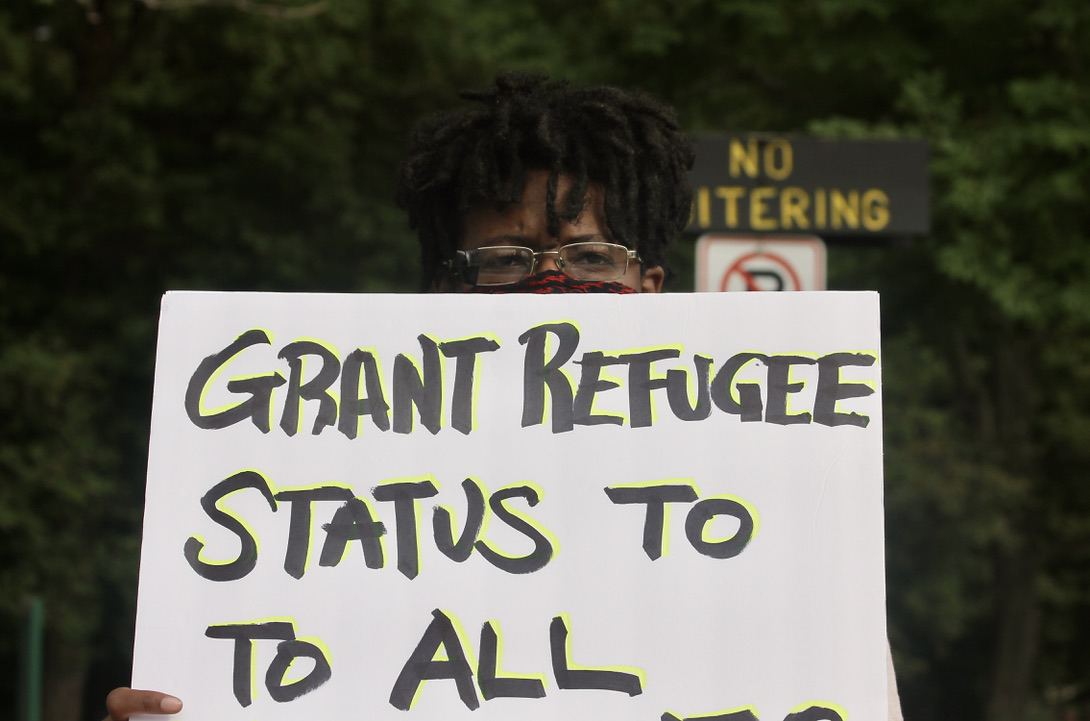 Detroit, Mich. – Photos and videos captured on the Southern Border near Del Rio, Texas have sparked outcry from critics of US Immigration policy, bringing protests as far north as Detroit, Michigan.

The photos capture Border Patrol Officers on horseback, swinging their reigns in an effort to prevent migrants from going back and forth over the US-Mexico Border. The images themselves seem to be reminiscent to a time in which slave patrols brutally attacked escaping African slaves from horseback.

The Biden Administration has promised a full investigation of the actions of Border Patrol Officers, while the heads of the Del Rio Border Patrol have discontinued the use of Horses in their activities.

Over the coming days, Biden has guaranteed a hardline approach to the thousands of Haitian Migrants attempting to cross the border, with flights back to Haiti arriving in Port-au-Prince later that same week.

But reports are surfacing of many being released to other parts of the United States where Customs officials are able to process the overflow of migrants coming from the shuttered Del Rio International Bridge.

“This is not the time to come”

In response to the crisis at the US-Mexico Border, White House Press Secretary Jen Psaki told reporters early last week that the situation is devastating, but that “this is not the time for people to come.”

“I think it’s important for people to also know that what we’re trying to do is also protect people,” Psaki said. “We’re conveying that this is not the time for people to come. We have been implementing Title 42, That’s not just about people in the United States. That’s also about protecting migrants who would come in mass groups and be in mass groups.”

Title 42 is a Trump-era Public Health Order that places grounds for expulsion on any migrants coming from a country where a communicable disease is present. Many see Title 42 as a way to undercut the United States immigration system, while others see it as a necessary measure to control the spread of COVID-19.

Since the devastating 2010 Earthquake in Haiti, migrants from the country have continued Temporary Protected Status (TPS) until 2023, with extensions resulting from other natural disasters and the political turmoil from the assassination of President Jovenel Moise.

Some Haitian migrants seeking Asylum have been relocated to other US-Mexico border outposts to faster process the vast number of claims to Asylum. According to a press release from the United Nations Refugee Agency, around 2,000 migrants have already been deported either to Mexico or back to Haiti in flights chartered by the United States Government.

Throughout the past week, organizers in Detroit have led demonstrations showing frustration over Border Patrol’s treatment of Haitian migrants. Protests have sprouted in Clark Park, Spirit of Detroit Plaza, and other places throughout the city.

One of the first protests – led by a local chapter of the national BAMN organization – called for granting refugee status to all migrants crossing the border.

“People who are coming, they’re looking for Refuge here,” said Kate Stenvig, and organizer with BAMN. “They’ve made a very dangerous journey to get here, and they have to be granted refugee status. To be holding people under a bridge in totally squalid conditions, in a global pandemic, it’s just barbaric.”

Demonstrators held varying opinions on the state of immigration. With four years of former president Donald Trump’s immigration policy that slowly eroded many of the pathways to permanent residency, demonstrators were frustrated that Biden didn’t appear to them as very different from his predecessor.

Organizers with BAMN see immigration as a central issue that will define the question of human rights in the near future as climate change continues to affect quality of life in many parts of the world. Shawn Vaughn, a demonstrator at the small rally, is concerned that American foreign policy in the past is contributing to the migrant crisis seen in recent years.

“I think the question of immigration is the central question of the economy in every leading society,” said Shawn Vaughn, one of the demonstrators at a small protest in Detroit’s Clark Park. “You have people who are running away from South America, running away from Latin America – running from places that we [America] F—ed up!”

Still, as migrants continue to come to the United States in search of a better life, the country continues to be split on whether the nation of immigrants should ever be welcoming again.