Second Day of Yemen Protests March Through Streets of Hamtramck 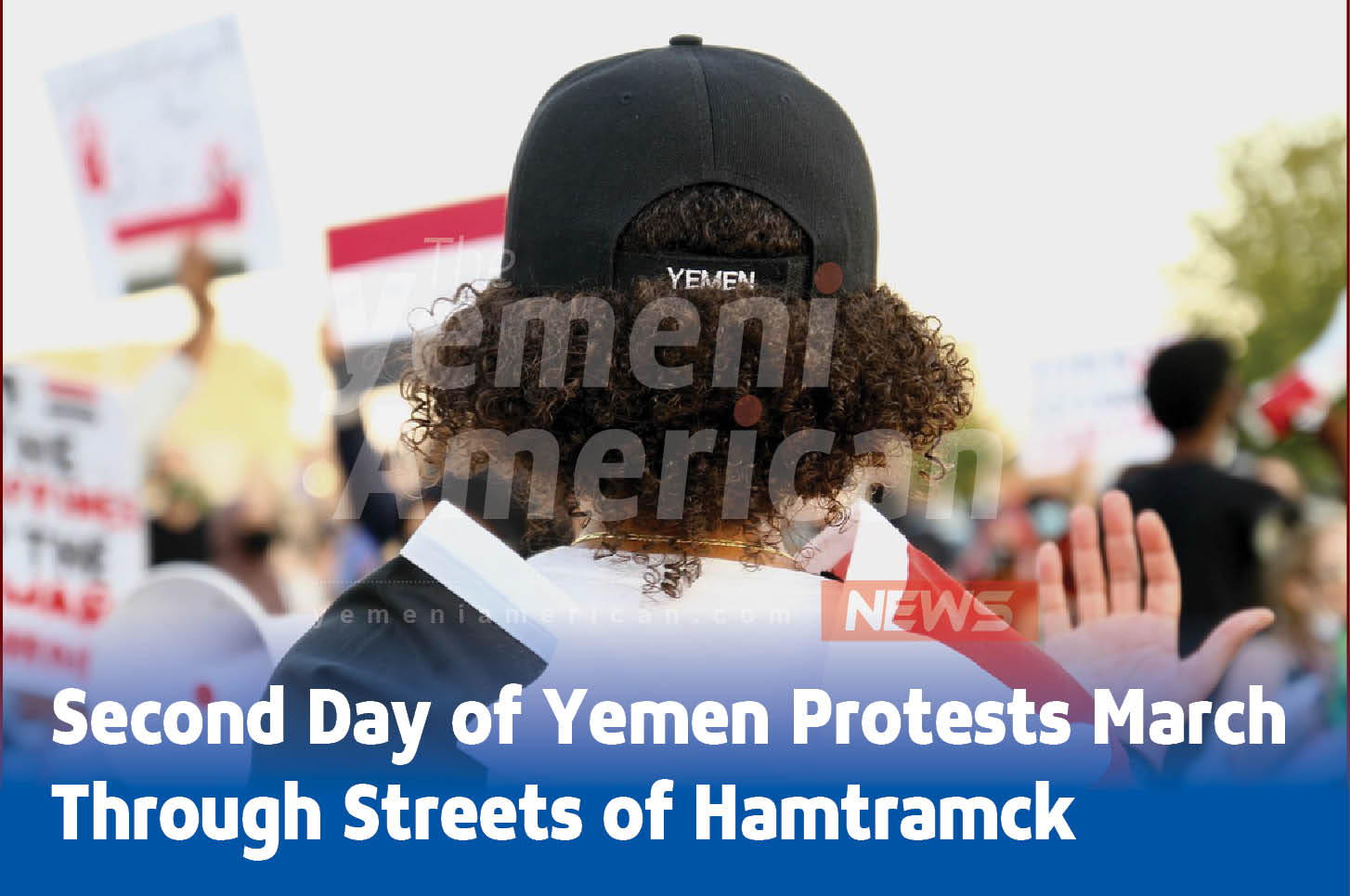 Hamtramck, Mich. – Marching through the tightly packed neighborhoods of South End, activists from some of the major groups driving Detroit’s path to change led chants to the crowd of hundreds. The protest was organized by the Yemen Liberation Movement and Detroit Will Breathe, among other groups.

The purpose of the protest was to show frustration over US Foreign Policy decisions that prove to have a detrimental effect on Yemen and it’s people. Chants criticized the United States’ role in supporting the War in Yemen.

At the march, protesters started at Veteran’s Park where speakers from the Palestinian Youth Movement, Yemen Liberation Movement and other groups spoke about the importance of maintaining a co-liberation against oppression.

The protest was led by various organizers from around Detroit. One of the organizers, named Iman Saleh, spoke first at the rally. She said that USAID, an organization that the US Government uses to send foreign aid to humanitarian crises around the world, has discontinued for countries like Yemen.

“Not only is this rated as the worst humanitarian crisis,” Saleh said. “But the US is doing everything in its power, bending over backwards, to provide arms and weapons and military logistical support to the Saudis, while also cutting aid in the midst of a pandemic.”

Saleh said that the protest was intended to be two days long in order to cover what the protesters see as an unjust war for the first day. Then on the second day, covering the lack of aid to Yemen after the United States cut all funding for its humanitarian programming. 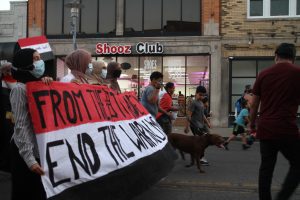 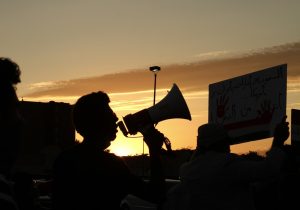 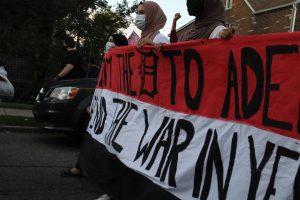 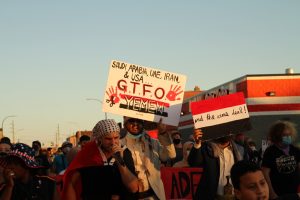 Protesters hold signs revealing their attitude on the US Role in the Yemen Crisis. (Simon Albaugh) 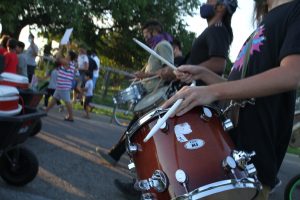 Marching along, protesters enjoyed chants to the beat of a drum corp. (Simon Albaugh) 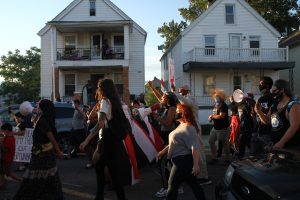