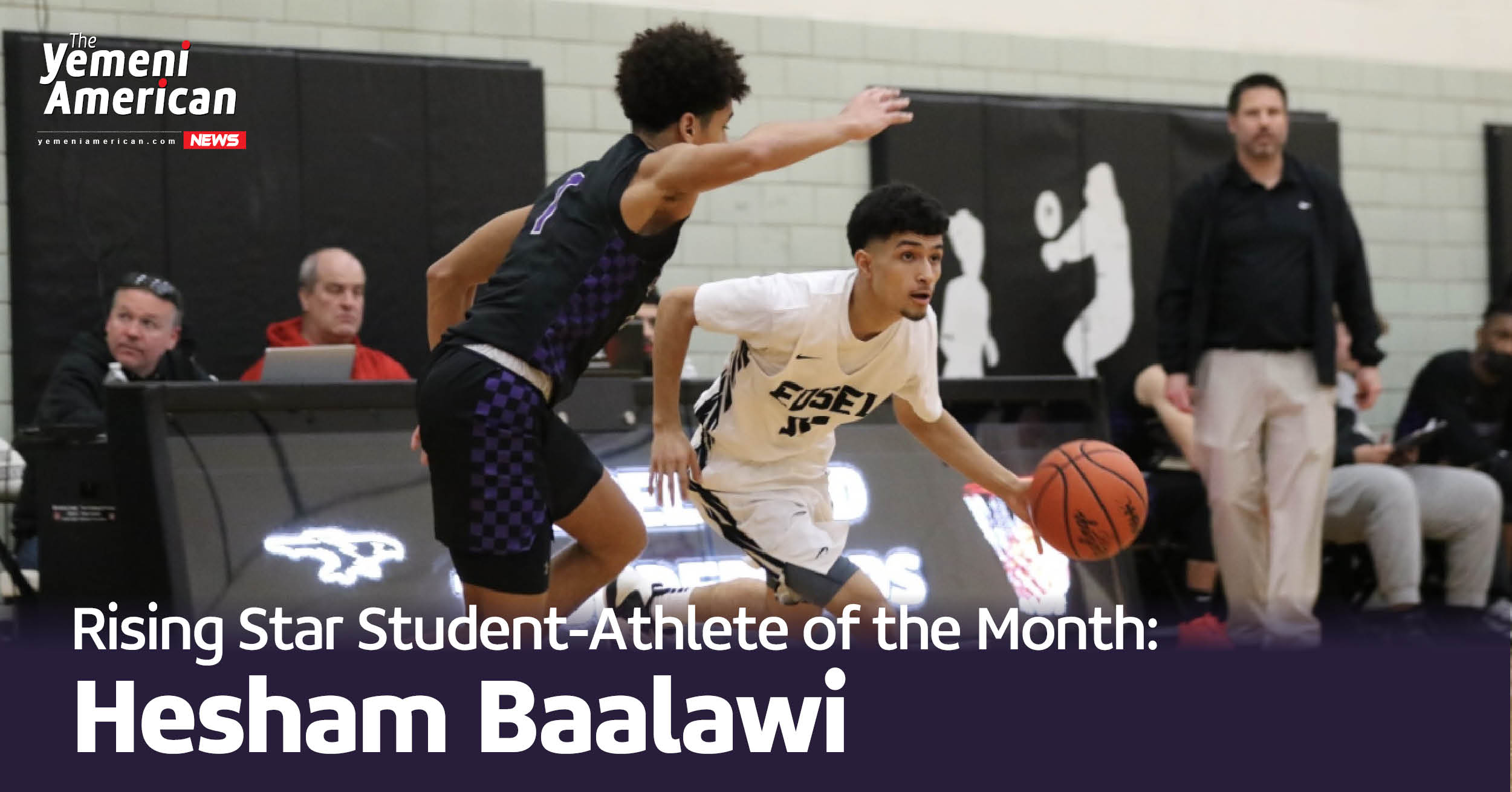 Hesham is a senior at Edsel Ford and was the point guard/shooting guard for the Thunderbirds this past season. Hesham currently ranks 20th (out of 373 students) in his senior class with a 4.1667 cumulative grade point average. It’s safe to say that Hesham has been dominating on and off the court. 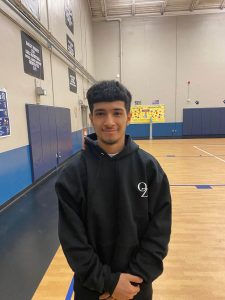 When we asked Hesham how important school was to him, his response was, “School is very important to me. I feel like after religion and family, school is my number one priority.”

Hesham then added, “My parents came to this country as Yemeni immigrants and really without an education. But three of my older siblings have gone off to college and graduated and are now making something out of themselves. I feel like I am now following their footsteps because ever since a young age our parents have taught us school, school, and school. So, school is very important to me.”

Hesham backs up his words with actions. As mentioned earlier, Hesham currently has a 4.1667 GPA. What intrigued us the most about Hesham’s grades is that when we got ahold of his transcript, there wasn’t one “B” letter grade on there. From his Freshman year all the way up to his senior year, Hesham never received a “B” on his report card. All “A’s” throughout his high school career.

Manea Yahya, who is a Language Arts ELL Teacher and one of the boys basketball coaches at Edsel Ford, says Hesham is a great student because he understands the importance of taking care of priorities.

“He knows what his goals are, and strives to move on a straight path towards them, without being distracted by trivial or insignificant means,” said Mr. Yahya. “Hesham is a great student because he is self-motivated, diligent in his work, and has high aspirations for himself.”

We then asked Hesham who inspired him to be the hard working and dedicated person that he is today. His response: “My everyday reminder of who I want to be in life is my father.”

Hesham then added, “I have never met a harder worker than him (Hesham’s father) or a bigger hustler than him. One of the things he has taught me is that no matter what you do in life, if you are serious about it you got to give it your 100% effort. Now I use that advice every single day of my life. Rather if its for basketball, school or work, I give it my all 100% of the time.”

After speaking to a couple of Hesham’s basketball coaches, a trend that we kept on noticing was that they kept raving about his ability to be a leader on and off the court, as well as how he was a true testament of being a student of the game.

Ibrahim Baydoun, who is the head varsity basketball coach and school counselor at Edsel Ford High School, believes what made Hesham such a great player was his understanding of the game because of his off-the-chart basketball IQ.

“He has a very high basketball IQ that undoubtedly separates him from the rest of his teammates,” Coach Baydoun said. “He is a student of the game that prepares like no other. He watches a lot of film on his own in preparation for our opponents. He was truly a coach while on the court.”

As for the leadership part, coach Baydoun added, “He is a true student-athlete who gets it done in the classroom as well as the basketball court. His teammates voted for him unanimously to be the captain of the team this year. His communication skills and unselfishness are what makes him a great leader. His teammates have the utmost respect for him.”

Since Hesham played both guard positions for the Thunderbirds this past season, we asked him which position he enjoyed the most. He said: “I like point guard position more because I was able to control the offense and lead my teammates. It felt like I was better suited for that position.”

Hesham recently received a full-ride scholarship to the University of Michigan (Ann Arbor) and plans on attending the school in the fall. He will study biology and plans to get some pre-med requirements out of the way while attending school at U of M. He eventually wants to become a doctor.

Hesham doesn’t plan on pursuing any sports while attending college. We still asked Hesham to imagine if we were a college recruit, what kind of student-athlete would we be getting in Hesham Baalawi? His response: “I give everything my all. If I commit to anything in life, especially sports, you have my 100% determination. I’ll be laser focused and super dedicated. I feel like the most important thing about me though as an athlete is throughout all my failures, I will never quit.”

We also asked Coach Baydoun and Mr. Yahya for any final words they had to say about Hesham.

Coach Baydoun said, “It was truly a privilege and an honor being this young man’s counselor and varsity basketball coach. It is young men like Hesham that keep me coaching and counseling. Hesham will undoubtedly be successful in college and in life because of his unique and special characteristics which separates him from the rest of his peers.”

Mr. Yahya said, “One quality that makes Hesham a good leader is that he is humble and always eager to learn more. He isn’t afraid to make mistakes or show that he doesn’t know something, never hesitates to ask questions, or ask for constructive criticism pertaining to whatever it is that he’s doing. One piece of advice that I’d give Hesham for his future would be to always self-reflect in regards to all matters of life in order to achieve more than just academic success.”

Once again, from the folks at OZ Media and The Yemeni American News, we want to congratulate Hesham Baalawi on being our April Rising Star High School Student-Athlete of the month. Good luck in all of your future endeavors Hesham!