Psychiatrist Asra Hamzavi says ADHD can be your superpower 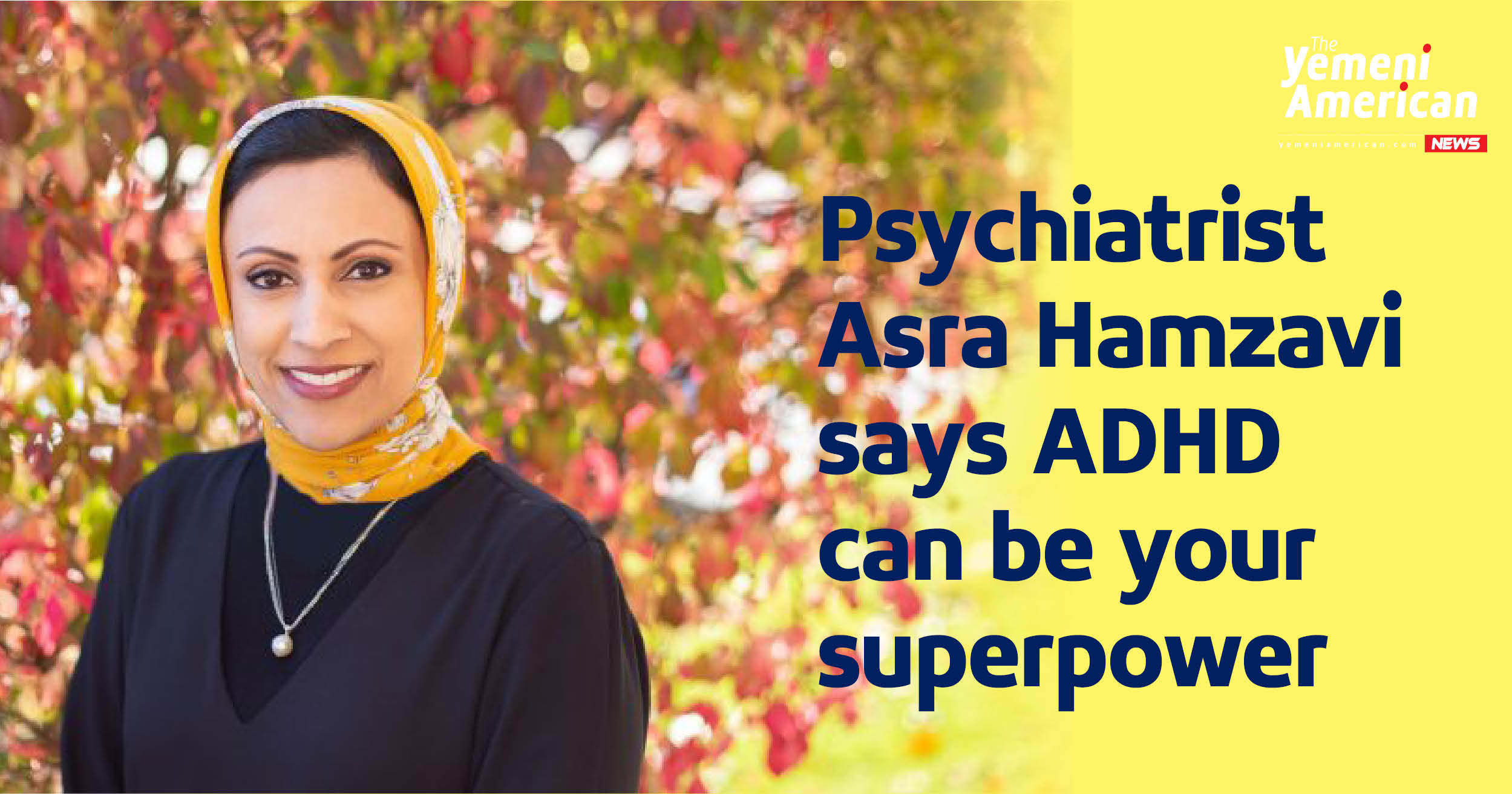 October is National ADHD Awareness Month. According to the group Children and Adults with Attention-Deficit/Hyperactivity Disorder or (CHADD), 3.5 percent of all adults worldwide have ADHD.

Dr. Asra Hamzavi is an adult psychiatrist who treats adults with ADHD. She founded the Hamzavi Psychiatry and Wellness Center.

Hamzavi says ADHD is a neurodevelopmental disorder that people are born with, and most don’t outgrow it.

“They might have difficulty with focusing on details, a problem with focusing on kind of forgetfulness, ‘where do you put your keys, where’s your phone?’ Those are things that everyone kind of goes through from time to time, but for someone with ADHD, it’s something that they deal with on a daily basis,” said Hamzavi.

Hamzavi adds emotional dysregulation and rejection-sensitive dysphoria, or people who have trouble regulating their tempers and feelings, are other signs of ADHD.

“Outside of the diagnostic criteria is really problems with self-esteem. It’s one of the biggest things that I see feeling that they are not reaching their potential. It’s not about intelligence, it’s about whether or not you’re able to execute.”

Hamzavi says ADHD is one of the most under-diagnosed treatable conditions, and that many times people don’t get treatment until adulthood.

“There’s really a range. I have diagnosed 65-year-olds with ADHD. I think that as the demands depend on a few factors: socioeconomic status, what kind of safety nets does that individual have? What kind of scaffolding do they have around them to support them so that it can maybe get masked? So as that starts to disappear and you enter adulthood.”

ADHD is not a mark of intelligence

Hamzavi says some of the most intelligent people have ADHD, and it can develop from things out of your control.

She says although it’s a misconception that people are taking medication for ADHD as enhancing agents, medicine creates a more level playing field.

“Everything that an ADHD individual does is more difficult. So just kind of getting out of bed on time getting to places on time doing things on time, meeting deadlines on running a household, running an organization or being a part of a team. All those things are more difficult with ADD.”

Looking for ways to cope with ADHD

Hamzavi says people have found creative ways to cope with ADHD — from partnering with people who do not have ADHD to manage the tasks they may struggle with — to choosing a lifestyle that supports an ADHD brain with high intensity, like an emergency room doctor or a firefighter.

ADHD is predominately treated with stimulant or non-stimulant medications, and sometimes therapy.

“Therapy is very helpful because one of the most damaging aspects of ADHD is the gap between their potential and their performance,” Hamzavi says.

She wants people to know that they can be successful with ADHD.

“For some people, it is their superpower. So when they’re the person in the room who comes up with solid bright ideas, not everyone in the room might know that this is actually a person with ADHD. Treatment can make the difference filling in those gaps.”

She says there are ways that people can also support those with ADHD, such as by giving deadlines and allowing people to start at a later work time.

Almost five percent of the U.S. population has ADHD. However, Hamzavi says it is typically under-diagnosed for women.

“Females are less likely to be picked up as having ADHD, and there are probably multiple reasons for that. One of them is (the) societal expectations girls are raised to be well-behaved. Stay in your lane. Don’t be disruptive and there’s that social pressure, then those hyperactive elements are kind of suppressed.”