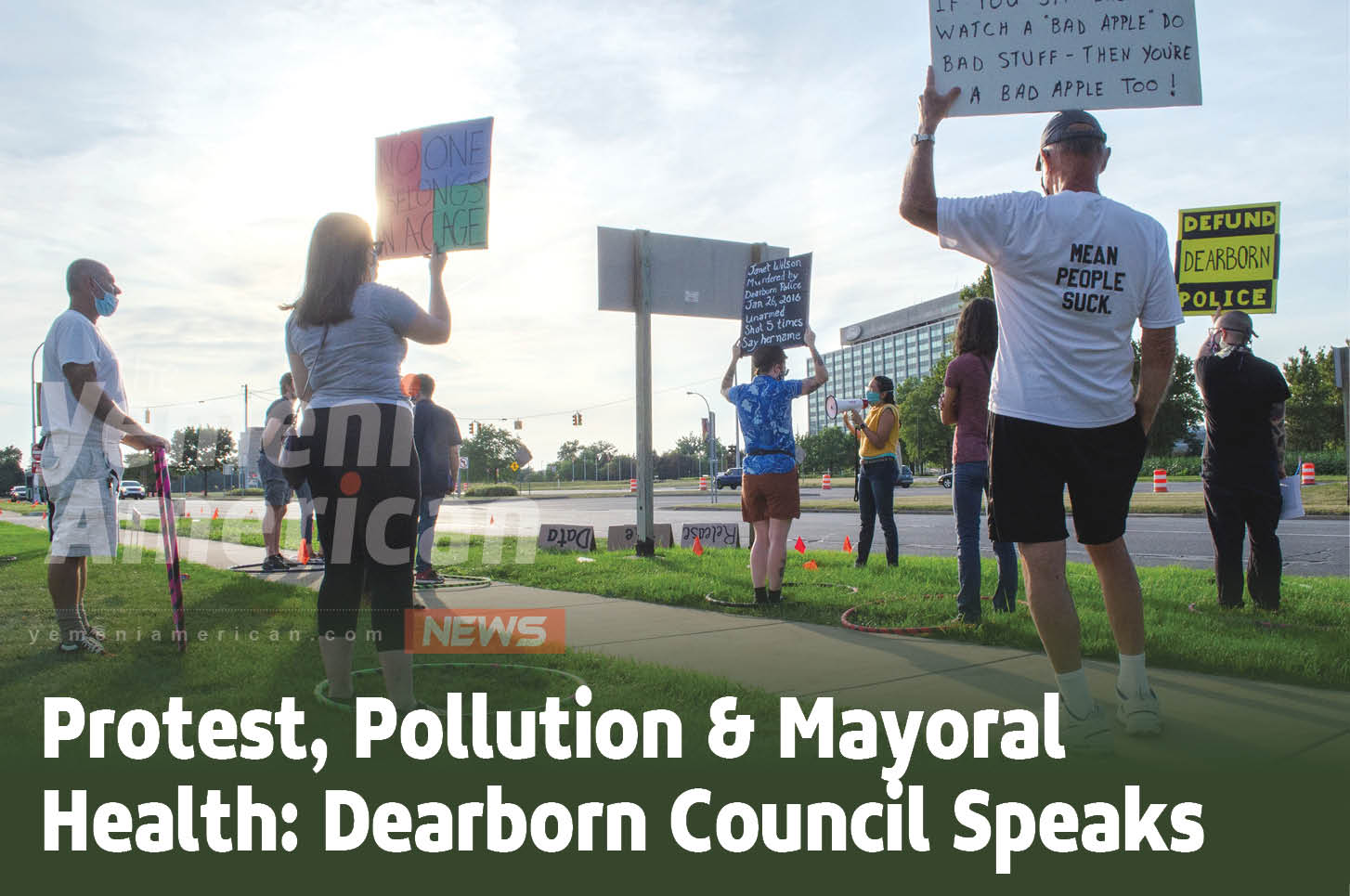 DEARBORN, Mich. – As ‘Black Lives Matters’ protesters gathered outside the Dearborn administrative center, one could barely hear what they were saying through the bullhorn as they were drowned out by passing cars honking their support for the cause.

The protest, which was right before a Dearborn city council meeting where many of the same individuals spoke, allowed for many black citizens who live, work or get their education in Dearborn to speak up. The comments spilled over from the street into the Zoom call meeting for Dearborn city council.

Trische Duckworth, an African American woman who said she shops and spends time in Dearborn, said, “A lot of people don’t understand what it’s like to be a person of color and to live or be in Dearborn.”

Trische described having anxiety when the police get behind her on the road since she’s aware of the history of systemic racism within the police department. “On Sunday, when Jacob Blake was shot seven times on Sunday, in our opinion it is [because of] the dehumanization of black people by police,” said Duckworth. “Yes, it is just a start, but we believe it is a start to hold individuals accountable and how to ensure racial equity in Dearborn.”

Priscilla Jenkins, an organizer for the group Accountability for Dearborn, said she’s gotten a lukewarm response from the council.

“Only one of you has emailed us back and agreed to a meeting, three of you have shown some hesitant willingness to meet, one of you accused us of trying to hijack democracy simply for speaking out, and one of you has not even responded,” said Jenkins. “The fact you don’t even think this issue is worth your time, I don’t know what to say. I am really concerned about what the hesitation is with some of our city councilmembers in addressing these concerns with us.”

The protesters expressed frustration at the growing police budget, which has grown to be 163% of the funding levels they were in 2013, while other Department budgets remain stagnant or growing at the pace of inflation. They say that the over-emphasis on the police department has come at the expense of the community.

Gina Goldfaden, an East End resident said she feels that public safety is about more than just having police.

“I’ve always felt safe in Dearborn because of the community that is around me. I live near a lot of families, a lot of multigenerational families,” said Goldfaden. “Because we’re funding the police department so much, it’s taking away from other budgets.”

Jon Akkari, another Dearborn resident, expressed outrage at the way the ballooning police budget impacted the city’s standard of living. 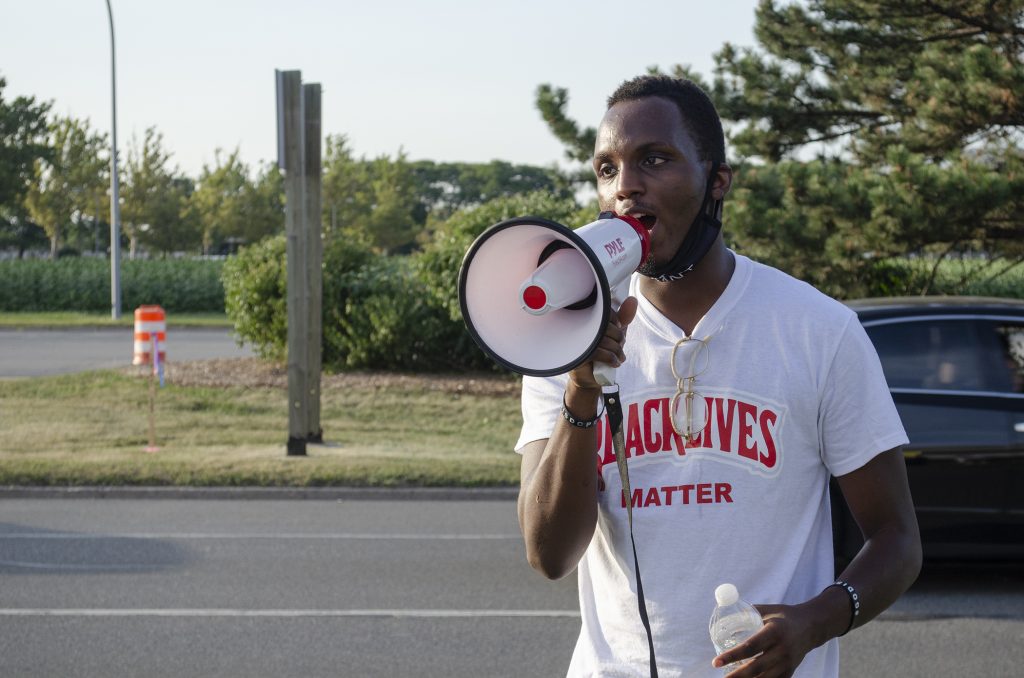 “The police budget is estimated to grow at twice the rate of millage revenue growth,” said Akkari, who pointed to the decline of city services, parks funding, the closure of pools and even the city hall – all while the police budget continued to grow – as evidence of the problem.

Ahmad Abdullah, another Dearborn resident, expressed palpable rage at the chief of police, Ronald Haddad, for accepting counterterrorism funding from the federal government.

“Chief Haddad is not your friend, not my friend and especially not the friend of persons of color,,” said Abdullah. “Chief Haddad has convinced a community he’s spying on that he’s their protector… 43% of our budget does not belong to you!”

“Please don’t think we aren’t acting because we haven’t talked to a particular person yet,” said Herrick. “We are listening. We are listening to everything very intently tonight, and we are working on their behalf.” 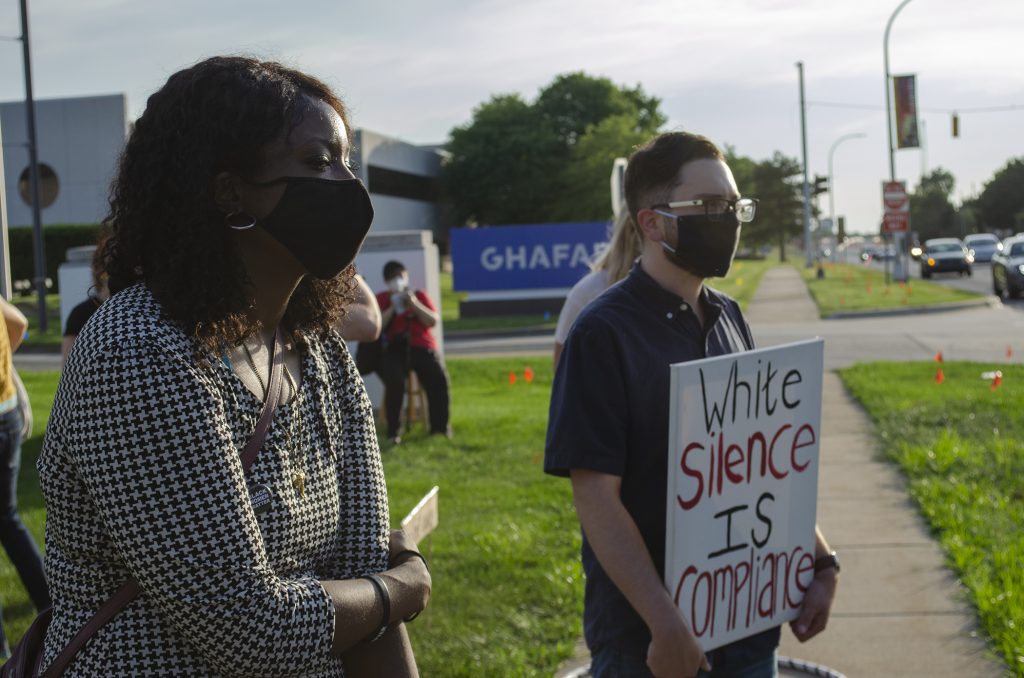 The ordinance as unanimously passed by city council acted as little more than a non-binding resolution would, with no mechanisms for enforcement and no teeth to keep polluters in check. While some may claim it as a victory, local environmentalists and residents questioned whether the ordinance served any purpose.

Gus Abdulkarim, a South End resident who said he deals with frequent dust and grime on his car, inside his house and on his backyard on a daily basis, said he had concerns about how the city would do enforcement in the future.

“Our focus isn’t just slag. It’s everything they do. It’s the whole process!” said Abdulkarim.

Another resident, Salah Ali, said he felt the ordinance was worthless, “This classification limits the city’s ability to enforce the ordinance.”

At one point Councilman David Bazzy had sharp words with Ali, when Ali said he felt previous arguments against the ordinance had been a game of bait-and-switch. Bazzy seemed to feel disrespected by Ali’s characterizations of his argument.“Mr. Ali, never put words in my mouth,” said Bazzy. “I’ve been around for a long time.”

Bazzy also defended the gutted ordinance, saying that he didn’t feel that having municipal enforcement of environmental issues would make any real change in pollution levels, and that recent changes were due to community involvement.

“You don’t need a baseball bat to change behavior, what you need is real community engagement,” said Bazzy.

Hammoud has not passed any legislation of his own on environmental issues in the Michigan legislature.

When asked by YAN whether any council members had noticed any decline in Mayor John B. “Jack” O’Reilly’s ability to speak, or his cognitive ability, or if they were aware of any kind of ongoing health issue that the mayor is dealing with, every single councilmember and the mayor himself declined to comment or address the issue.

This follows recent questioning related to the Mayor’s health and ability to do his job by community leaders and a bizarre performance at a recent COVID town hall, where the mayor was unable to identify the subject of what he was talking about.

“If, when they go out with friends and they get, they – they get, get some kind of problem, they go back to their friends, their families, they get something,” said O’Reilly. “We need these young people to rethink how they’re going about their lives.”