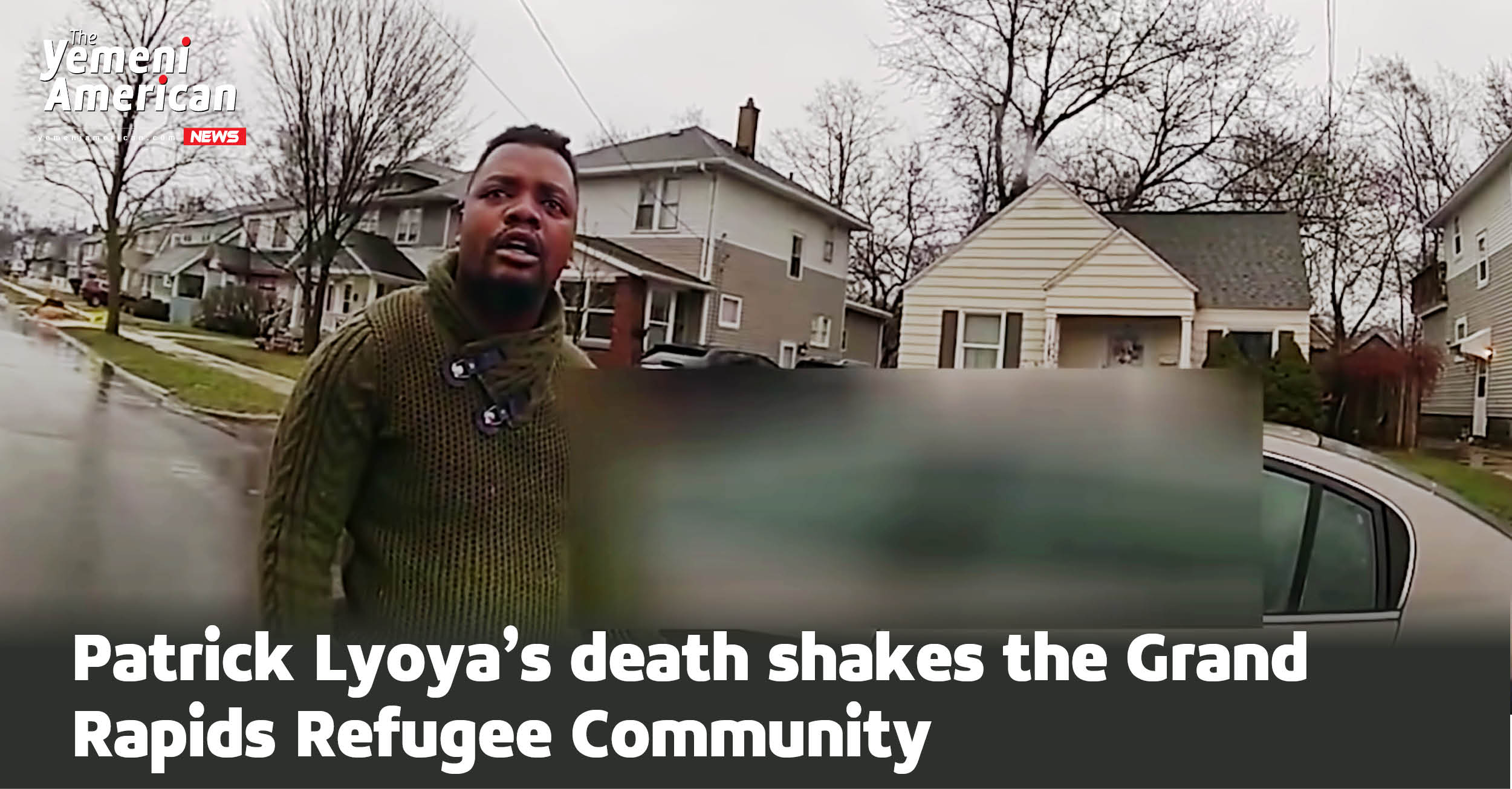 Grand Rapids, Mich. – In the wake of Patrick Lyoya’s death at the hands of Grand Rapids Police Officer Christopher Shurr, the refugee community is struggling to make sense of the violent end to Lyoya’s life.

Many of the entities that help refugees in Grand Rapids have come out in support of Lyoya’s family, echoing calls for the officer who killed Lyoya to be charged.

Patrick Lyoya is a refugee from the Democratic Republic of Congo. It’s been reported that Lyoya’s family spent a decade in a refugee camp before arriving in the United States in pursuit of a better life. Said to be a hard worker and loving son to parents Peter and Dorcas Lyoya, the tragic loss of Patrick’s life has shaken Grand Rapids.

Before his death, Lyoya was pulled over because of an unregistered license plate. In video from four different sources, Lyoya is seen struggling for his life before a gunshot wound in the back of the head ended his life.

“An unregistered license plate should not be a death sentence,” reads a statement from NAACP President Derrick Johnson. “Another Black man has died at the hands of police, and the officer in this video has got to be held accountable.”

The death of Patrick Lyoya echoes the murder of George Floyd, another Black man who was killed by Police. In a deeply polarizing national response, George Floyd’s death has become a part of the country’s consciousness as it continues to respond to police brutality against Black people.

The facts of Lyoya’s death

Patrick Lyoya, a refugee from the Democratic Republic of Congo, was pulled over on Nelson Avenue in Grand Rapids when Lyoya stepped out of his car. Visibly confused, Lyoya ignored warnings to get back in the car and, after the officer began using force, started to run away.

After a brief chase, Shurr tried to stun Lyoya with a taser, but was stopped when Lyoya grabbed the Taser in what appears to be an effort to simply avoid being tased. During the violent struggle over the Taser, Shurr pulled out his gun and shot Lyoya in the back of the head. An autopsy revealed Lyoya died seconds later from the gunshot wound.

Video from four different sources shows the encounter. These details were recorded from the body camera of Officer Shurr, cruiser camera, a doorbell camera, and video recorded by the passenger of the car Lyoya was driving.

Refugee organizations call for Shurr to be charged

Lighthouse Immigration Advocates, a nonprofit law office and advocacy center, works with refugees to help them operate the American legal system. In a public statement, they call for change from the status quo of violence against unarmed black and brown people.

“Lighthouse Immigration Advocates stand in solidarity with Patrick’s family and the community calling for justice, transparency and accountability for this death,” reads the statement. “We stand for transparency from the police and we do not support privileged treatment for police officers… No one should be excluded from or given preferential treatment within our justice system. LIA condemns the mistreatment, brutalization and killing of unarmed black and brown people.”

The Refugee Education Center of Grand Rapids responded to Lyoya’s death with a broader context. For many refugees fleeing violence in their old home, the death of Lyoya is a reminder that violence against them can still happen in the United States.

“We grieve with our refugee community as we process the senseless killing of Congolese refugee Patrick Lyoya,” reads a statement from the Refugee Education Center. “Patrick’s death at the hands of a police officer has deeply affected a refugee community who already has been forced to flee acts of violence in their home countries.

“We acknowledge the profound pain this situation sparks, as it touches not only refugees, but many other disenfranchised communities locally, regionally and nationally who have faced similar losses of loved ones.”

A Glimpse of Africa, a nonprofit organization that advocates for the African refugee and immigrant communities in West Michigan, vocalized the sorrow that many in the African Diaspora of Michigan are feeling.

“Patrick Lyoya arrived in the United States as a refugee with his family from the Democratic Republic of Congo ins search of a better life, opportunities, and safety in the United States,” reads a statement of the organization’s Facebook page. “Patrick was a young man full of life and potential, a son, a brother, and a father of two young daughters.

“…At a Glimpse of Africa, we are struggling for words, sentiments and actions as we navigate life after this tragedy. We would like to assure Patrick’s family that we are here for them, that we condemn his killing in hands of those sworn to protect, and we continue to demand justice for Patrick.”