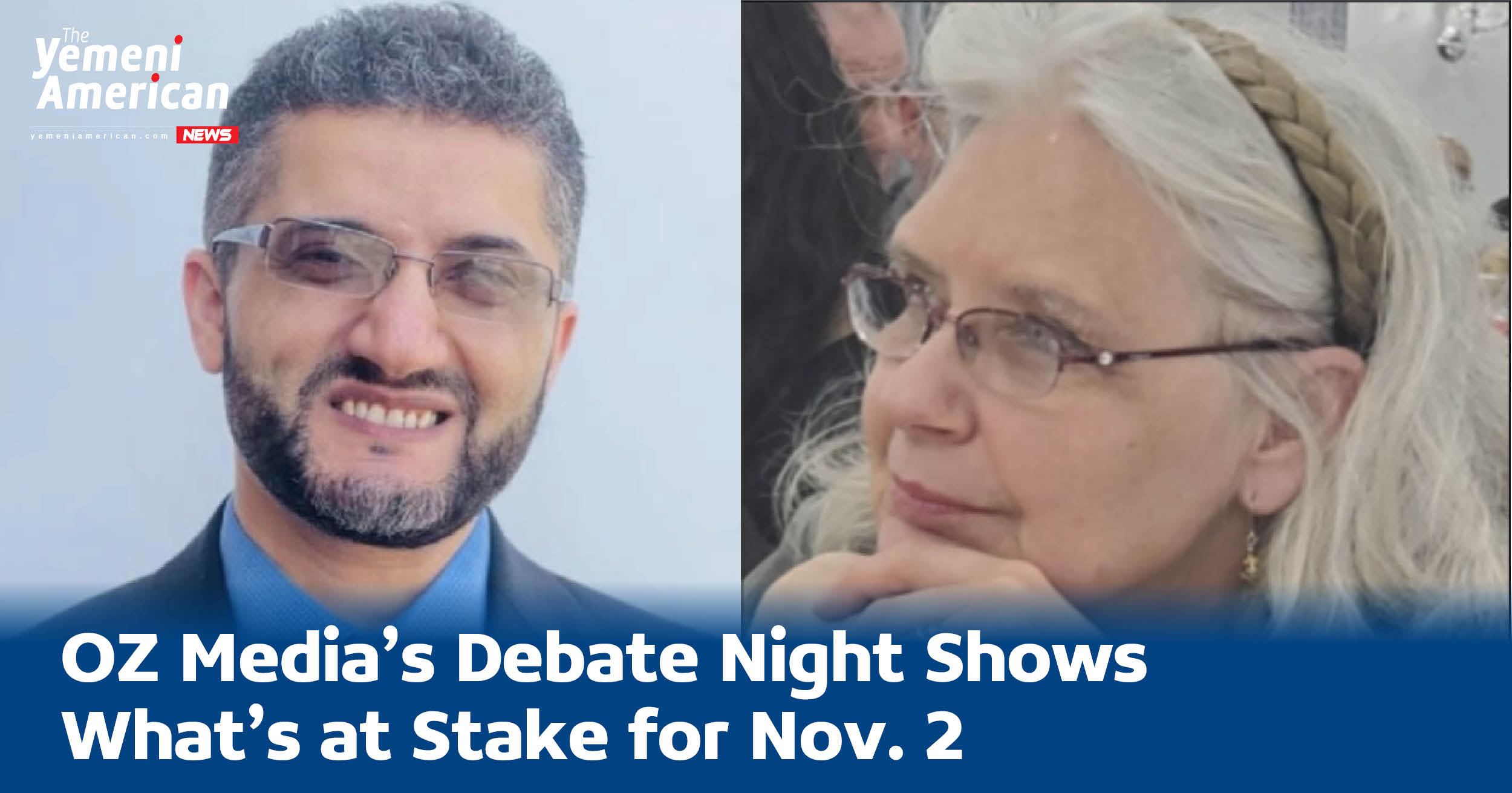 HAMTRAMCK, Mich. – Organized through OZ Media, the latest debate for Hamtramck’s Mayoral Candidates has clarified that this election is about the status quo and whether it’s finally time for a change in leadership.

The debate fielded six questions to each candidate, allowing Dr. Amer Ghalib and Incumbent Karen Majewski to continue expressing their positions on a variety of pressing challenges for Hamtramck. By the last question, each candidate made clear that this election is about either maintaining business as usual or getting fresh leadership into the city.

The six questions played to the leadership styles and strengths of the candidates. At one point, a moderator asked to about the educational background of each candidate. With both Dr. Ghalib and Majewski having highly advanced degrees, the candidates showed that their education has defined aspects of their leadership.

“What is medicine all about?” Dr. Ghalib said. “It’s about serving and caring for the people. It’s all about diagnosing the problem and treating it. It’s all about research and evidence-based practices. So utilizing all of these skills that I’ve learned through all these years, I’m sure that I will be able to add something to residents and to the city as a whole.”

As far as Education goes for Majewski, who has a Ph.D. in American Culture, she uses this background for what she explains as being a spokesperson for Hamtramck’s narrative.

It was easy to tell that questions were made to favor both. When detailed planning for specific challenges were in question, Majewski was able to show her experience well with realistic priorities to address challenges like infrastructure and criticism over the parking system.

On the other end of the table, Dr. Ghalib made a more charismatic case for his campaign of change. Although the details of many of his plans seemed to be riffs on whatever Majewski had said, the questions surrounding his philosophies of leadership seemed to be his saving grace in front of potential voters.

Specifically, Dr. Ghalib stressed that he would work with the majority on decisions surrounding cultural challenges – like the LGBTQ+ Pride Flag, Marijuana Dispensaries and the Human Rights Ordinance.

One of the biggest points of critique for the mayor’s decision-making process is that she often makes these decisions based on a point of liberal secularism. When a conflicting issue is brought before City Council, the tie-breaking vote may be seen as against the will of the majority. Hamtramck is a devoutly religious city. Its majority does want to keep the city prudent, within reason.

Of course, the Mayor has stated that she only wants the city to be a welcoming place for everyone. And while a majority may be disapproving of these things, it may very well be these decisions Majewski has made that keep this city the welcoming place that it is, given that many decisions have made the city vulnerable to lawsuits and protests.

Dr. Ghalib has made his differing philosophies on leadership apparent. Looking at the will of the majority of the city, he’s prepared to offer a different style of leadership than what’s been seen before.

“We have to think about how democracy works,” Dr. Ghalib said. “We have to go with – I don’t want to say the majority of the people, but it’s a difficult decision. But I will take into consideration the opinion of my constituents who voted for me, while protecting the rights of the minority opinion.”

Sitting across from Dr. Ghalib, Mayor Majewski wanted to make clear what led to her decisions throughout the past years of leadership.

“I know that most people would agree that human rights and scientific fact take precedence,” Majewski said. “And in the end, the overall interests of the entire city guide my decisions, but I reach those decisions by leading with my values and listening to facts.”

The General election that will decide the next mayor will take place on Nov. 2. Polls open at 7am and close at 8pm. Absentee ballots can be turned in at the City Clerk’s office up to 8pm.