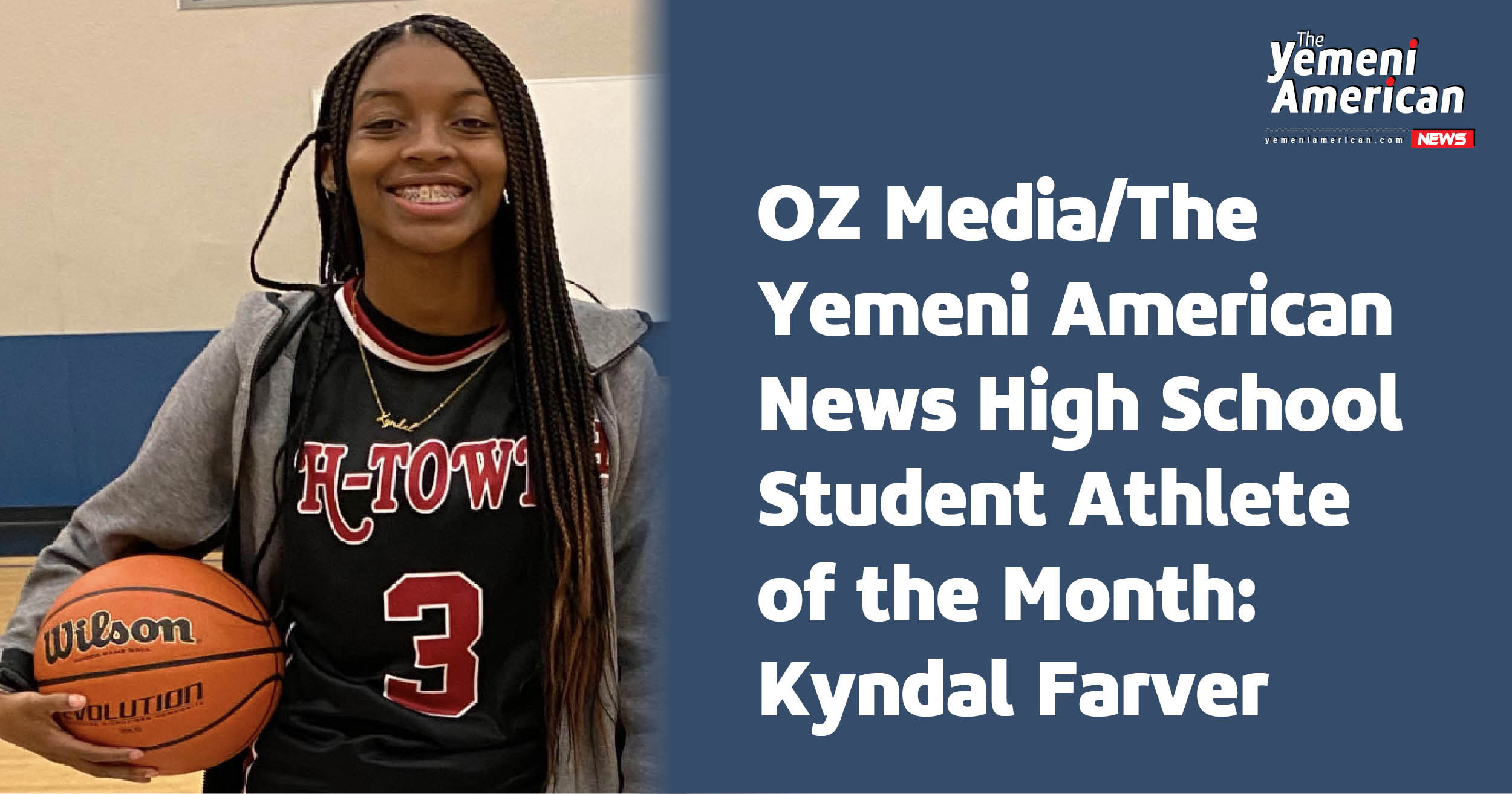 Kyndal is a senior at Hamtramck High School. Kyndal is a three-sport athlete: She plays cross country, track and basketball. Kyndal plays both guard positions in basketball, but she mostly plays point guard because she is the floor general of her team.

When Kyndal was asked how she felt to be this month’s award winner, her response was, “I was kind of shocked I guess. I don’t want to say that my hard work goes unnoticed, but I don’t work for accomplishments. I work hard just because so it was an honor and I was excited that someone took notice of my hard work.”

We at OZ Media/The Yemeni American News are not the only ones who notices Kyndal’s hard work. 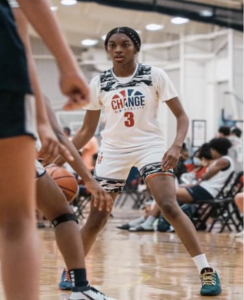 Kyndal is the point guard/floor general of her team. When her team needs her the most, she delivers.

Dennis Foster, who is the head coach of Hamtramck High Schools Varsity basketball program, also had some great things to say about Kyndal.

When we asked coach Foster what it was like to coach Kyndal, he said, “It has been a coaches dream to coach her. It’s really been easy when she has the will and desire and is self-motivated.”

We then asked coach Foster what kind of leader Kyndal was, he added, “All the life lessons she has been through has made it easy for her to direct and lead her peers, as well as some of us adults.”

Coach Foster may coach the boys basketball team, but he does a great job looking over the girls program as well. Whenever the boys have outings, he makes sure to bring the girls basketball team along with them to build up comradery for both programs.

When we asked Kyndal how important that was to her, she said, “We are like a family. It’s not just the boys program here and the girls program there. We are all one. Whatever we need we can go to each other.”

Kyndal currently holds a 3.5 GPA. When we asked Kyndal how important school was to her, she said, “Really important. Most athletes know you have to have good grades in order to get to the next level. So it’s really important because if you don’t have the grades then you won’t be successful.”

We then asked who pushes her the most about focusing in on school, Kyndal jokingly said, “Everybody around me. My teammates, the boys basketball program, Coach Foster, my coaches and my mom…because my mom teaches there so I have no choice.”

Ashleigh Farver, who is the Accounting/CTE teacher at Hamtramck High School, is also Kyndal’s mother.

We asked Ashleigh what makes Kyndal such a great student-athlete, she said, “Her ability to find balance in class and on the court. Kyndal takes pride in being efficient in every aspect of life.”

Ashleigh then went into more detail explaining her response, saying, “It was this year Kyndal kicked it up a bit. Being a self-starter and being motivated in the classroom has always been a simple thing for Kyndal. However, on the court she desired more of a push. This year Kyndal has brought the self-starting attitude to the court. When her mindset changed, her body and performance changed as well. Being teachable and knowing when and how to make adjustments, rather in class or on the court, is what makes her a great student-athlete.”

We would be remised if we didn’t get a quote from Aaron Brock, who is Kyndal’s father, and is also a legend at Hamtramck High School for all of the records he broke playing football and basketball there in the early 2000’s.

Aaron is currently the owner of Randy’s Barbershop in Hamtramck. When we asked Aaron what made Kyndal such a great student-athlete, he said, “Kyndal is very persistent. If she doesn’t know something she will do the research to figure it out”

Aaron then added, “Her knowing herself and knowing the strength, power and mindset that she has within is important as well. Kyndal wasn’t getting the playing time she deserved at her old school, so she had to take her talents to South Beach (Hamtramck) where they know and see the courage and hard work that she puts in on and off the court. That takes a strong mind to know what you want and to actually do it.”

Kyndal already has a full ride scholarship from Lake Michigan College to play basketball. She hasn’t committed yet to Lake Michigan, but whichever school she attends, she plans to pursue a degree in sports management.

Kyndal also plans to pursue real estate and plans to get her real estate license while she is attending college. She said she just enjoys “helping people.”

Lastly, on top of everything, Kyndal has her own clothing brand called “ Cloudy Judgement.”

When we asked what “Cloudy Judgement” is all about, Kyndal said, “My generation, our thoughts are real cloudy. Some of us don’t think straight and we are too much in our head. The whole brand is involved with mental health. So I just feel like it’s something that should be talked about more.”

The website isn’t officially up yet for “Cloudy Judgement,” but be on the lookout for that soon.

Once again, Congratulations to Kyndal Farver, who is our November student-athlete of the month! We hope and expect nothing but great things from Kyndal in her future endeavors.

Full Link to the OZ Media 313 Interview is here: